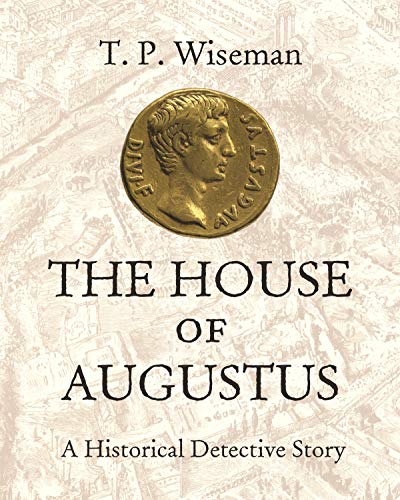 The House of Augustus: A Historical Detective Story

If you always thought that Caesar Augustus was the first Roman emperor, classicist and emeritus professor Peter Wiseman is determined to prove you wrong, using primary sources and archaeological evidence. If you’re lucky enough to visit Rome, this is a wonderful book to read and take with you as you wander around the Palatine hill, and make up your own mind.

We also have an interview with Peter on the best books on Augustus (including the primary sources you’ll need to read).

My book consists of two interrelated arguments, one historical, the other archaeological.   Both are highly contentious, because people resist having to re-think from scratch what they have always been brought up to believe.

The title refers to the archaeological argument, that the excavated site on the Palatine hill in Rome presented to tourists as ‘The House of Augustus’ is nothing of the sort; on the contrary, the evidence suggests that it was one of the grand aristocratic houses that the future Augustus bought up and demolished in 38 BC in order to create a spacious public area centred on a magnificent new temple of Apollo.   This goes right against the current consensus of archaeological thinking, both in Italy and elsewhere; I try to show how and why the excavators got it wrong.

Chapter 1 sets out the historical argument, that Augustus was never an ‘emperor’, and didn’t live in a palace; on the contrary, the evidence suggests that he was a popular leader who opposed, and defeated in war, the dominant oligarchy that had corrupted the Roman republic and murdered his adoptive father Julius Caesar.   This goes right against what practically everyone has been taught about Roman history, namely that the republic came to an end with the civil wars of 49-30 BC and was followed by the rule of emperors, Augustus being the first; I try to show that that scenario is quite inconsistent with what the contemporary sources say.

As you see from that summary, everything depends on evidence, and the inferences we moderns make from it. That’s why I call the book ‘a historical detective story’, and why my procedure throughout is to present the reader with primary source-material and do my best to show what it ought to mean.   It’s also why I’ve chosen five books that bring the reader face to face with contemporary evidence, both textual and material.