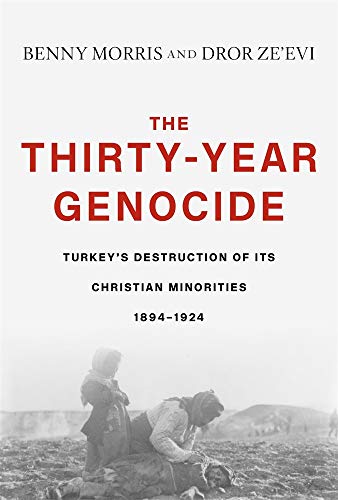 The Thirty-Year Genocide: Turkey’s Destruction of Its Christian Minorities

by Benny Morris and Dror Ze'evi

Benny Morris and Dror Ze’evi tell the story of the persecution of Turkey’s Christian minorities during the final decades of the Ottoman empire and the early years of the post-First World War Turkish state.

For most of Ottoman history, Christians made up a sizeable minority of the Sultan’s subjects.  In this book Benny Morris and Dror Ze’evi tell the story of how, in the twilight years of the empire and the early years of the nascent Turkish Republic, the Christian minorities of Turkey—Armenians, Greeks and Assyrians—were reduced, through massacres and deportation, from a fifth of the population of Anatolia, to just 2 percent.  Morris and Ze’evi argue that the persecutions were not independent isolated events, but part of a systematic, unified policy.