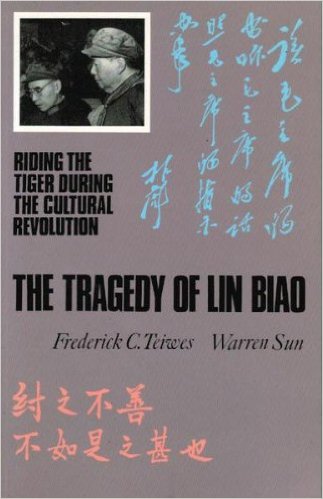 The Tragedy of Lin Biao

The case of Lin Biao is this very, very, murky episode when the chosen heir apparent, his name written in the Party constitution, allegedly plotted to assassinate Chairman Mao. Then, when fleeing in the direction of the Soviet Union, his plane crashed with his family in Mongolia. This is a very, very judicious and well-researched work on this episode, and the authors show that the likelihood of Lin Biao plotting against the chairman is very small – because it goes against all his previous behaviour in the Cultural Revolution.