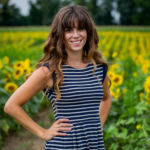 Jamie Lombardi teaches philosophy at Bergen Community College in New Jersey and is co-host of the Serious Inquiries Only Podcast.

The Best Books by Albert Camus, recommended by Jamie Lombardi

The Best Books by Albert Camus, recommended by Jamie Lombardi

Albert Camus was born in northern Algeria in extreme poverty, but went on to become one of the best-known French philosophers of the 20th century. In 1957, he won the Nobel Prize in Literature for illuminating “the problems of the human conscience in our times.” Here, Camus expert Jamie Lombardi talks us through the books that best capture his work and the moral dilemmas he sought to explore.