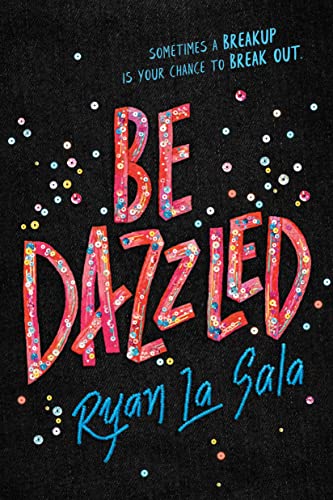 Raffy pours all his dreams and effort into his hobby: designing and crafting costumes based on anime and game characters. He is ready to participate in the world of competitive cosplay, but there is a complicating factor: his ex-boyfriend, Luca. Both boys are keeping their creative arts and crafts secret from their families; Raffy because his art gallerist mother looks down on it, Luca because his parents think boys should stick to soccer. Alternate chapters of the novel sensitively trace the development of their relationship and breakup. In the present, as the competition gets underway, can Raffy learn to be a team player, and can broken hearts be put back together?

Be Dazzled
by Ryan La Sala