A Poet Soldier’s View of Bosnia 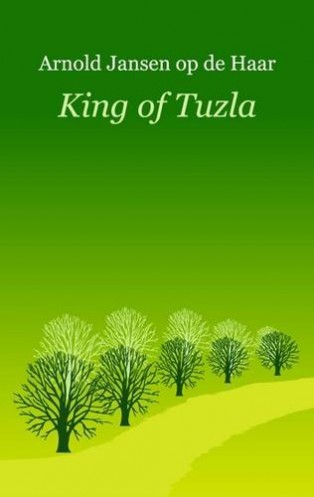 The Dutch army captain whose unit secured Tuzla airbase for the incoming UN aid in 1994 talks about the books he kept with him in Bosnia, and the inspiration for his Yugoslav novel, King of Tuzla 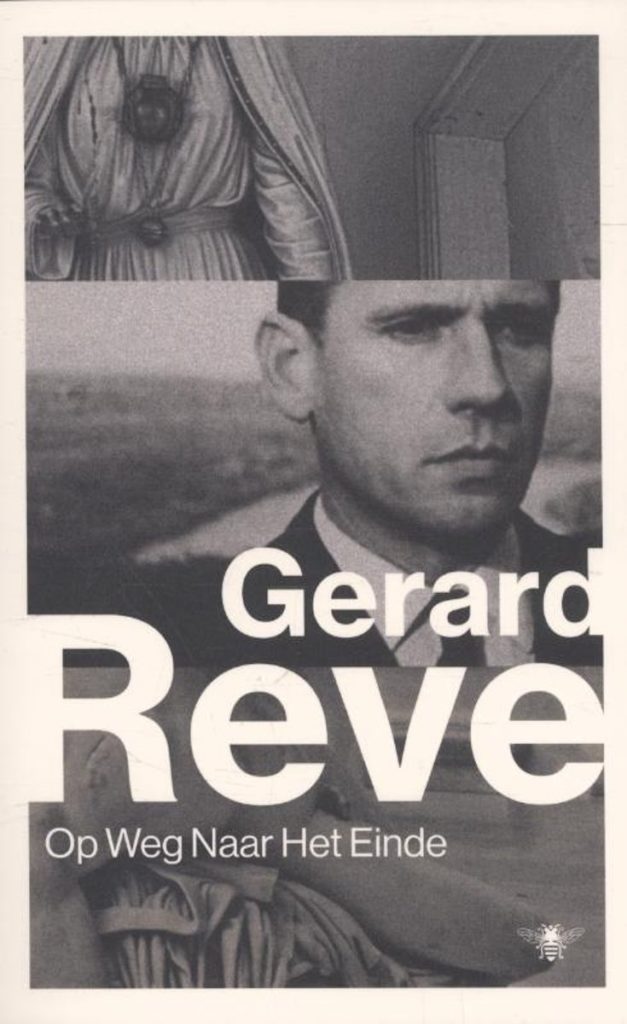 Your first book choice is by Gerard Reve.

This is a book that travelled with me to Bosnia during the war in the 1990s and it had a great effect on my debut novel. Reve was born into a communist family and in later life he became a Roman Catholic, which was rather strange because many people left the church in the 1960s but he, an openly gay guy, proclaimed his Roman Catholic belief and he also found a new style of writing while he was travelling. I don’t know why but I admire writers who stay close to themselves, to their heart, who go against the tide, which was exactly what I wanted to do at that time, which is why the book had such influence.

Are his letters actually about finding his faith?

Some of them are, but there is one, the first one, that is about writing. He visits a conference in Edinburgh, in Scotland, and it’s very funny and deeply moving. That’s what I like about it. When he arrives, the woman who welcomes him says immediately that she frequently felt a strong desire to be dead. During the conference many concepts like the future of the novel were being discussed and it becomes more and more farcical. He says: ‘Writers are very ugly. The pictures that appear in papers in which they rest their chin on their hands in soft lighting have often been taken 28 years ago.’ It goes on and on like that, but it was something that I read when I was in the army and I thought you can go against the tide when you are a writer. I was an army officer in Bosnia, commanding a company.

The Bridge on the Drina

So let’s discuss The Bridge on the Drina now.

This book told me a lot about the Bosnian population because it describes life in the small town of Visegrad over four centuries, from the Ottoman occupation to the start of the First World War. The focus is the stone bridge across the Drina which links east and west, poor and rich, and Serbs, Croats, Jews and Muslims who live together. He shows the lives of ordinary people set against major historical events.

Did you find that to be relevant to your experiences in Bosnia?

Yes. While writing King of Tuzla I inserted vignettes about the local population, as he does, without any prejudice. Showing the reader what life was like. I think that was the way I looked at the population, or tried to, without prejudice, but my sympathy was with the underdog, with the Muslims, of course. But The Bridge on the Drina is a page-turner and you get under the skin of the country. Suddenly you understand the tensions that simmer under a seemingly peaceful exterior and how the differences between Christianity and Islam rub up against each other, and reading that back you look differently at the situation you’re in. 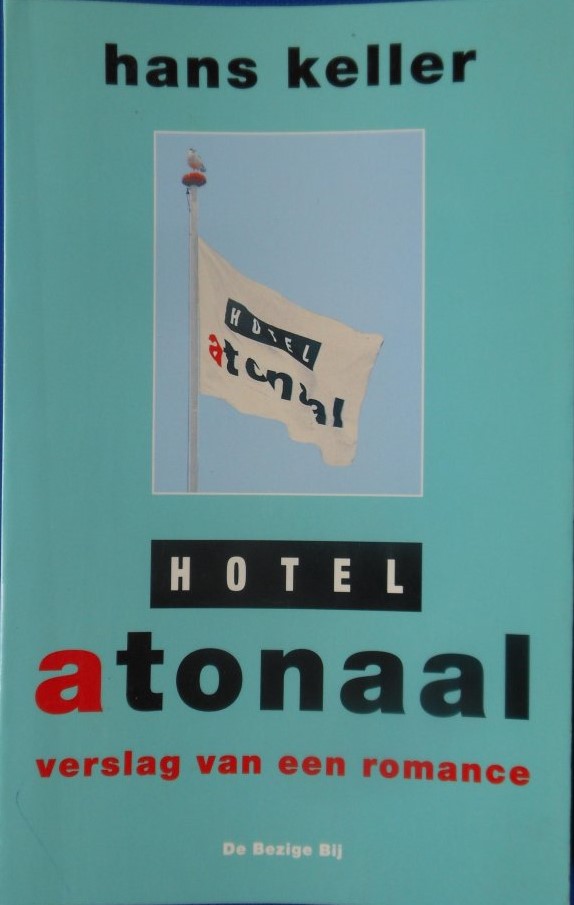 Tell me about the Hans Keller.

This is a rather important, heartfelt book. Hotel Atonaal is about the 1950s writers’ movement. I read it just before my tour of duty in Bosnia and took it with me so that I could reread it. The people he portrayed were Dutch poets living in Paris. They were very poor but they all decided to write full-time and these were all angry young men, not writing poetry like their predecessors did, not the sublime poetry that was customary. This was more free verse and that inspired me and gave me the last push I needed to see that writing and not the army was my natural environment.

An amazing transition, though I suppose people have done it. All those First World War Poets.

It’s a big step. They were conscripted so there was more chance that there was a poet among them. I was a career soldier, a regular army officer. It’s a bit strange, I can tell you. My family was in the resistance in the Second World War and, although I was born in 1962, I wanted to be a hero for my family. 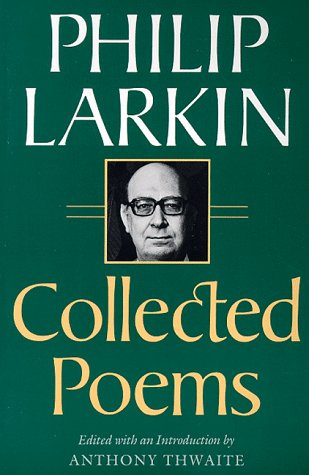 This is another one I had with me on my tour of duty.

You must have had a very heavy rucksack carrying all these books around.

I was the commander of the unit so it was all possible. I especially like ‘High Windows’. I really like his non-religious spirituality; that’s what’s remarkable about his poems. You don’t have to agree with it, but you can look at things from another angle and that was important for me because I was in such a strange environment. So thinking as a poet in that environment helped me a lot. I would read in my bedroom at night, first in a tent and then later in rebuilt barracks.

How did Larkin’s poetry shed light on the reality of war?

It’s about empathy. Well, he writes about ordinary things but he shows that you can look at it in another way than normal people do.‘High Windows’ is my favourite. The last stanza is really beautiful.

Rather than words comes the thought of high windows:
The sun-comprehending glass,
And beyond it, the deep blue air, that shows
Nothing, and is nowhere, and is endless.

And the first stanza of ‘This Be The Verse’:

They fuck you up, your mum and dad.
They may not mean to, but they do.
They fill you with the faults they had
And add some extra, just for you.

In my circumstances I became an army officer to be a hero but perhaps I was a writer from the beginning. 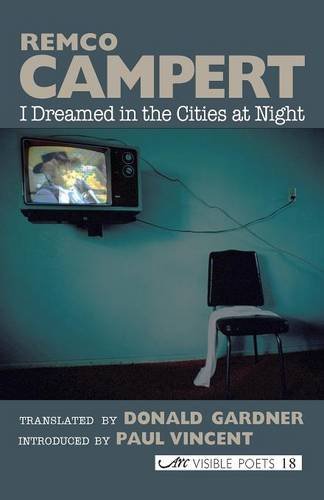 Tell me about Remco Campert.

Remco Campert has a similarity with my own family because his family was in the Dutch resistance as well, though he is very much older than me. But I really like his poetry because it was rebellious and against the tide of time, and there is a poem that is translated into English – I can read a little bit of it so that you can hear the repetition of it and the rhythm.

That’s lovely. What a treat.

Well, it’s hard for me because it’s in English and I’m a Dutch poet. There is collection of my poems just published in English, called Yugoslav Requiem and it goes along with the novel, King of Tuzla.

As a Dutch army captain Arnold was commanding officer of the unit that secured Tuzla airbase in Bosnia for incoming UN aid in 1994, a year before the overthrow of the enclave Srebrenica in the former Yugoslavia. His acclaimed debut novel, De koning van Tuzla (King of Tuzla), and his collection of poetry, Yugoslav Requiem, are now available in English. His new novel, Angel, will be available in English later this year.

Diego Gambetta on The Best Books on the Sicilian Mafia

John Dickie on The Best Books on the Mafia

James Holland on Novels and Memoirs of World War II

Arnold Jansen on A Poet Soldier’s View of Bosnia Books

Steve Darlow on Pilots of the Second World War Books

As a Dutch army captain Arnold was commanding officer of the unit that secured Tuzla airbase in Bosnia for incoming UN aid in 1994, a year before the overthrow of the enclave Srebrenica in the former Yugoslavia. His acclaimed debut novel, De koning van Tuzla (King of Tuzla), and his collection of poetry, Yugoslav Requiem, are now available in English. His new novel, Angel, will be available in English later this year. 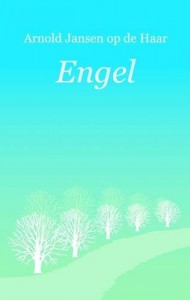 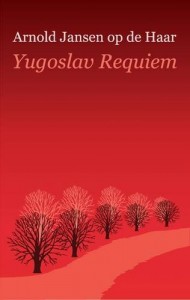 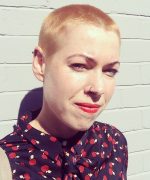