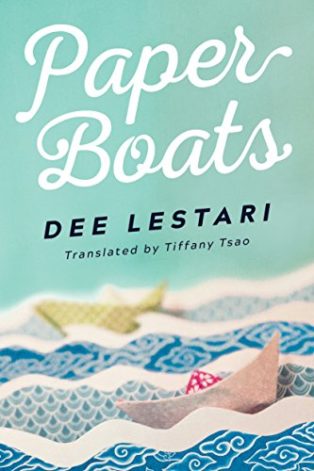 There's never been a better time to be an Indonesian writer, says the singer-songwriter and bestselling author of Supernova Dee Lestari, as she recommends five fascinating works of contemporary Indonesian literature.

Is it a good time to be a writer in Indonesia?

It is. Many things still need to be done in terms of our book industry ecosystem, but looking back on how things were in the past—let’s say, compared when I published my first book in 2001—the situation is much better.

We now have prosperous authors who can truly rely on writing as their main profession. We have more bookshops, more publishers, more online libraries, more literary festivals, more platforms to promote our works. Literary power and importance are things that the public and government are more aware of.

You were a very successful singer-songwriter. What prompted you to move into writing fiction?

I have loved storytelling since I was small. I attempted to write my first novel when I was 9 years old, and sent short stories to magazines when I was teenager. Of course, not all of those attempts were successful—most of them actually failed—but I couldn’t stop writing. During my singing career, I used my savings to buy a laptop—it was an unusual for a college student at that time to own a laptop—and I took it with me everywhere so I could write in between gigs.

I remember when I was nine years old, I had this fantasy that someday I will see my book sold in a bookstore. So, when I finished my Supernova manuscript in September 2000, I thought, ‘This is it. This will be my first book.’ I finally self-published my book in 2001 to celebrate my 25th birthday. I didn’t care if it sold or not. I didn’t even know how to sell books; I just wanted to fulfil my dream. It turned out to be a huge success: 7,000 copies sold in two weeks. It was beyond the best-selling standard of Indonesia at that time. And since Supernova was designed to be a series, I continued writing the instalments year after year.

Writing then slowly took over my career. I didn’t have time to focus on my music anymore. But since I had been doing music for over ten years, I didn’t miss it that much. I enjoyed writing a lot more because it’s more solitary and there’s less fuss. There’s less need for make-up, hairdos, and high heels.

I think there hasn’t been a priority to use literature as our nation’s ambassador to the world. We worked a lot more on our tourism. Literature was also below food and fashion on the list. That reflects the dwarf size of our book industry in Indonesia’s creative economy.

Translation is an art that cannot be rushed. And once a translation is done, you still need a lot more effort just to catch attention from the international readers and publishers. You don’t need to translate a dish; everything speaks for itself. But, in literature, language is the bridge, and we didn’t have enough translators, nor did we have an exact plan on how to support the growth and quality of our writers and translators.

But I’m optimistic that change is in the making. Since 2015, when Indonesia became the guest of honour at the Frankfurt Book Fair, our book industry has had a jolt of fresh spirit. That continued with the 2019 London Book Fair. Over the past four years, I’ve been invited to speak to ministers on three big book-related discourses: royalty tax, book tax, and book piracy. I even had a chance to voice these concerns directly to the president. That’s something that was unthinkable before. Of course, the government’s and the book committee’s effort are not immune to criticism. But nobody can deny that there’s a change. 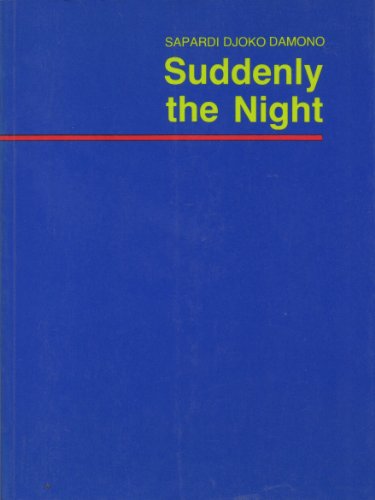 This is a poetry book from a prominent Indonesian poet. Sapardi’s poems were very influential in my early introduction to literature. They taught me a lot about perusing nature as a source of metaphors.

As well as being a poet, Sapardi is an academic and has translated the work of T S Eliot and Hemingway into Indonesian. Could you tell me a bit more about his impact on the country’s literary community?

Yes, his is a household name in Indonesia—he’s known as the ‘Robert Frost of Indonesia.’ (Frost is also one of Sapardi’s favourites.) I think one of the special qualities of Sapardi was how his work managed to resonate with younger readers. He’s been writing poems since 1960s, but his poems are still quoted by the millennials up to this date.

Sapardi is also still very productive, even at his age. He just released another book with Gramedia. He’s also quite active in social media.

Do you have a favourite poem from this collection? Why?

‘Aku Ingin.’ It captures love so accurately and beautifully. 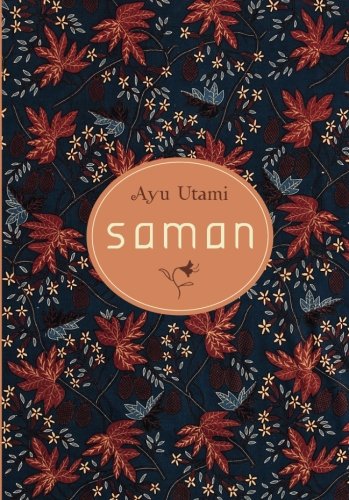 Let’s talk about your next book: Saman by Ayu Utami.

The book came out at the right time, right after the collapse of the New Order regime. The story broke many barriers of various taboos and sensitive topics, including the rise of women authors. To me, Saman was a mark of a new era in literature.

What was taboo before?

Politics, sex, and religion. Even though there may be books that talk about those three topics separately, with different degrees of subtlety, the way Ayu combined them and wrote about them quite straightforwardly in Saman was fresh and exceptional.

I see her name discussed in tandem with an Indonesian genre named ‘sastra wangi,’ or ‘fragrant literature’ in English—could you tell me a little about this label, and why it’s controversial?

I didn’t find it controversial in the beginning. But then, ‘fragrant literature’ was later used in many discussions as a general term for new female authors to question the quality of their work—whether or not they were mere instant sensation. 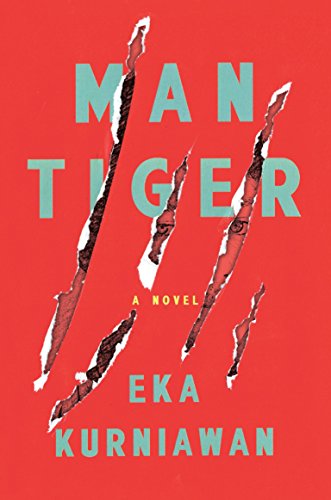 It’s about a boy, Margio, who was raised in poverty and a dysfunctional family. He later takes revenge upon a man that had hurt his mother.

This book depicts familiar facets of Indonesia, and yet those facets can be totally unique for an international audience. Eka’s writing has a distinct, masculine voice. I admire his seriousness in crafting his story.

What do you mean by ‘facets’?

The supernatural phenomenon of half man, half animal (we call it ‘jadi-jadian’), poverty, rural setting. These are tales we hear via our oral tradition. That’s what I meant by familiar ‘facets’, for most Indonesians. 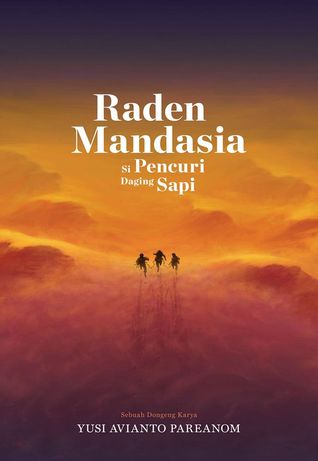 With ancient Indonesia as its setting, fuelled with Yusi’s explosive, verging to chaotic, unapologetic, humorous style of writing, I’m interested to see if this book will get translated. I think Raden Mandasia would be an interesting and refreshing window to peek into the richness of Indonesian literature.

Sounds fascinating. Can you tell me a bit more about the book, and how it has been received in Indonesia? Why do you think our readers should know about it?

The book received a Khatulistiwa Literary Award in 2016. It’s published by an independent publisher. I’m not sure about sales figures, but from buzz and reviews, I can tell that Raden Mandasia was received quite well among Indonesian readers. I think it’s particularly interesting because the story was set in ancient Javanese time. There aren’t many recent works of literature that explore that era. Raden Mandasia is one of the few. 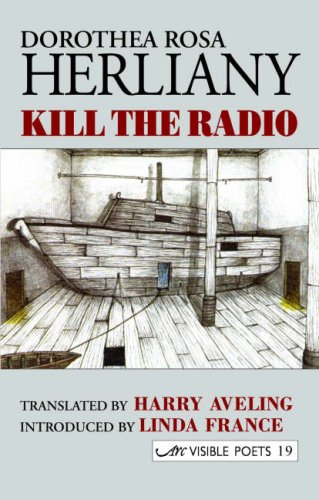 She’s one of the most prominent Indonesian female poets. I like the way Harry Aveling, the translator of this book, worked with Dorothea’s original poems. There was a debate about this. Some say Aveling took it too far, but some say what Aveling did was a “trans-literation”. Instead of merely translating, Harry was giving another breath into Dorothea’s poems. And I enjoy the result.

On the issue of translation, we hosted a discussion along these lines with the poet and translator Jamie McKendrick recently. He brought up Robert Lowell’s Imitations, which were a very liberal form of translation—drawing from the original poetry but adding his own voice. Harry Aveling also translated your bestselling Supernova novels—how did you feel about the translation process, when applied to your own work?

I guess with Supernova, with its form as a novel, there are clearly more binding rules in its translation, while poetry in general can have more flexibility. Working with Harry in Supernova, I feel he managed to stay true to the original words and meaning. The author’s voice, however, is something that is not easily bridged in translation process. I don’t know the exact theory, because I’m not a translator myself. But I think it’s the trickiest part of any translated work: to go beyond the words and manage to capture the voice of the author.

I’ve read that Dorothea’s work can be shocking. Do you agree?

I guess it depends. I can see that Dorothea often uses rather nonconventional voices for women: they are stronger, more aggressive, and outspoken. For those who are mostly used to perceiving women from a more patriarchal point of view, it may be shocking.

I don’t follow all her work. But some recurrent themes I’ve found are spirituality—often relating to her Christian background—and humanity.

Do you think we can expect to see more Indonesian literature on our bookshelves soon?

I do hope so. I think by being the ‘country focus’ at the Frankfurt Book Fair in 2015 and the ‘market focus’ at the London Book Fair in 2019, Indonesia has slowly and gradually built a path towards an international stage. I hope there will be more translated works, good ones, that will help to showcase Indonesian literature to the world.

Dee Lestari is an Indonesian novelist and singer-songwriter. Her first book, a serial novel titled Supernova, was published in 2001. Her other works include Perahu Kertas (Paper Boats), three anthologies: Filosofi Kopi (Coffee’s Philosophy), Madre, and Rectoverso. As a musician, she released four albums as a member of vocal trio, Rida Sita Dewi, and two solo albums.

Indonesia World Literature
Save for later

Dee Lestari is an Indonesian novelist and singer-songwriter. Her first book, a serial novel titled Supernova, was published in 2001. Her other works include Perahu Kertas (Paper Boats), three anthologies: Filosofi Kopi (Coffee’s Philosophy), Madre, and Rectoverso. As a musician, she released four albums as a member of vocal trio, Rida Sita Dewi, and two solo albums. 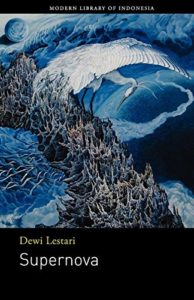 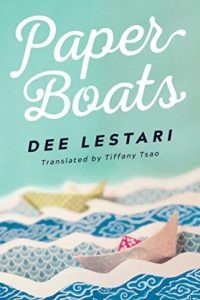 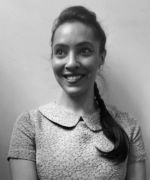