The best books on Pioneers of Intelligence Gathering

The senior lecturer in the Department of War Studies, King’s College London, chooses books on the real pioneers of British and American espionage – flawed men who saved lives and made a difference. 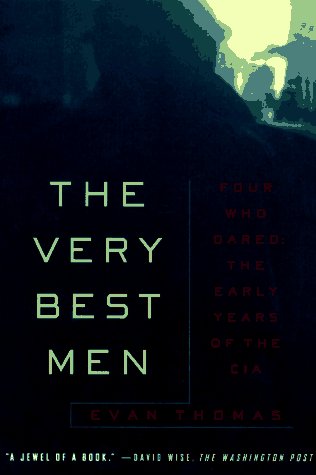 Tell me about your first book, Evan Thomas’s The Very Best Men.

This is about the four people who were recruited into the predecessor of the CIA during WWII and how they were brought back in when the organisation was recreated in 1947 to resurrect their wartime successes. The idea was that the CIA would act as a warning signal, as the dog that barked before the attack so that there would never be another Pearl Harbor. They were to use wartime actions in peacetime. What they got up to was fairly murky at times.

Is that murkier than the kinds of things they are up to now?

What kinds of people were these four?

Frank Wisner, Richard Bissell, Tracy Barnes, and Desmond FitzGerald all came from privileged backgrounds, upper-class social circles, which was how they got to know each other and how they became involved with the government. During the war one of them was in the Far East and one was with us in London, but they were all trying to swing the course of the war. Now we’d frown upon a lot of what they did – there was a fair amount of corruption and bribery. 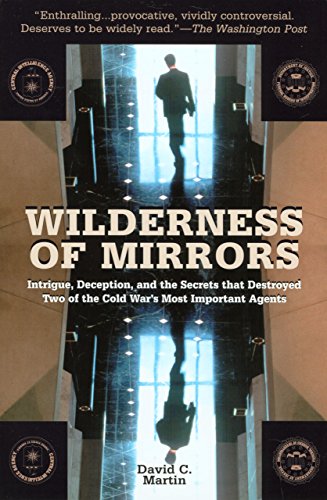 Your next book is Wilderness of Mirrors by David Martin.

This was probably the first book detailing Soviet offensive operations and American defensive counter-intelligence. It’s about the CIA’s largely unsuccessful efforts to root out suspected Soviet spies within the US intelligence community. It tells the story of James Angleton, the man in charge of counter-intelligence at the CIA, that is, stopping people from infiltrating the organisation. There was a Russian defector in the 1960s, Anatoly Golitsyn, who went to the States and started talking and Angleton basically believed him when he said there was a mole inside the CIA. He tore the CIA apart looking for the mole and the question was: was he a KGB plant getting the CIA to tie themselves up in knots?

Nobody knows. The term ‘wilderness of mirrors’ is still used today. How do you penetrate the wilderness and find out the truth? There is no real answer. But Angleton created the craft of counter-intelligence. He was based in London during the war and learnt a lot from the Brits. Kim Philby was a close associate of his at the time. He kept enormous card indexes of people and how they related to each other – tried to follow the patterns. He became very paranoid by the end. 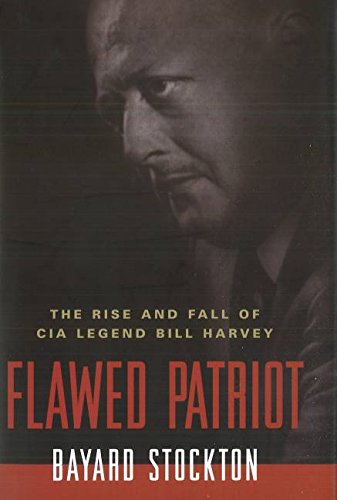 This is a biography of another covert CIA operations man, Bill Harvey. He was a great character, one of those very old-fashioned people – he always carried a gun and he believed that the operation was worth everything, no matter what the cost. He is rumoured to have taken his gun with him into the Oval Office at one stage and couldn’t utter a sentence without profanities. He was head of Berlin operations in the early 1950s, charged with setting up the operation to tap Soviet communications in Berlin. He put taps in tunnels under Berlin and it worked but unfortunately one of those involved, George Blake, was secretly spying for the Russians and told them about it. So the Russians knew they were being tapped but couldn’t show that they knew so they had to try and carry on as normal. The CIA did, I think, get some useful information out of it.

There were rumours that Harvey would go down into the tunnels himself with a big gun to make sure there were no Russians snooping about. He was fond of a drink, Harvey, and when he was posted to Rome they had to bring him back – he was a bit of a loose cannon. But he did feel that there was no limit to the operations you could plan. He was nicknamed ‘The Pear’ because he looked like a pear from the side. There is a great picture of him by a pool in a pair of very small swimming trunks. Harvey, and the characters in the first book I chose, would probably never get through the recruitment process nowadays. 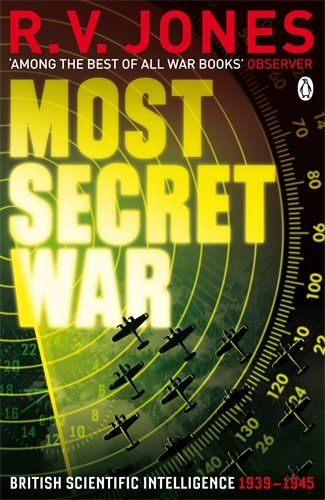 The First World War was the chemists’ war and WWII was the physicists’ war. Jones was a scientist in Oxford doing his PhD and was interested in looking at infra red, which became very important for night bombing missions. They were all looking at what the Germans were doing and what counter-measures could be taken, how you could foil them. Science is very important in warfare, of course, and James persuaded the government that it could pose a serious threat. This book is his memoir and recounts how he created a scientific intelligence system.

What kind of innovations was he responsible for?

Well, he discovered that if you dropped small strips of silver foil out of planes it could confuse German radars. He didn’t want to go in too early with this so they waited a couple of years and it turned out that the Germans had discovered exactly the same thing and were waiting too! At the start of the war bombing raids had to be done in daylight, but the Germans developed beams that they could fire from stations in Europe and that the bombers could latch on to and follow. Nobody thought it could be done because of the curvature of the earth, but Jones worked out how the beams would bend round the earth and worked out ways to bend them away from cities and away from their targets. 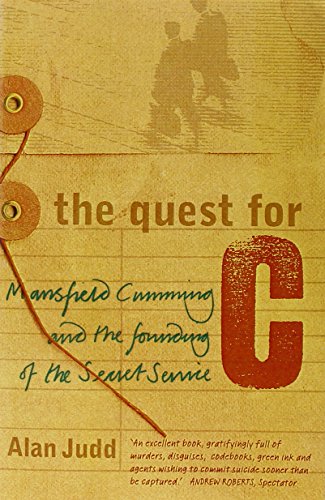 The Quest for C

Your last book is The Quest for C, Alan Judd.

Mansfield Cumming was the first head of MI6 and he signed himself off as ‘C’ in green ink. Since then they have all signed off as ‘C’ in green ink. He had been in the navy but suffered from seasickness. He was in charge of Boom defence in 1909. There was fear that Germany was amassing troops to invade Britain and the secret service bureau was set up – the part that was to round up Germans spies in Britain was MI5 and then Cumming was in charge of the overseas network. It was just two men in an office sharing a secretary and they were supposed to set up a whole intelligence network. The fruits of their labours are MI5 and MI6. Apparently he would never start a meeting until he had finished his cup of tea – people had to sit and wait – one of life’s better lessons. At the start of the war in France he was visiting his son in France. They had a crash and he is supposed to have hacked off his own leg to free himself in order to help his son. His son died. After that he had a wooden leg and had to hobble around, but whenever a potential recruit came in he would stab himself in the leg with a paperknife and gauge their reaction.

The reason I have chosen these five books, and the thing they have in common, is that they focus on exceptional characters. Here are a group of people, very unconventional in their approach, but who achieved results and certainly saved lives. In my opinion they were all pioneers of espionage, great figures who realised that sometimes the results were more important than the methods employed.

Richard Wolin on France in the 1960s Books

John Lewis Gaddis on Books on the History of International Relations

Paul Stubbs on The Non-Aligned Movement

Nick Thorpe on The Fall of Communism

Bruce Cumings on The Korean War 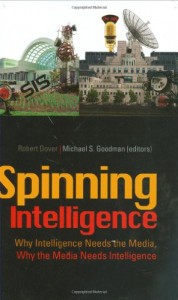 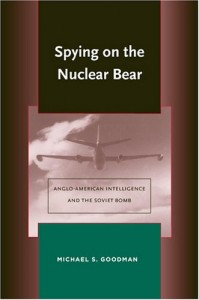