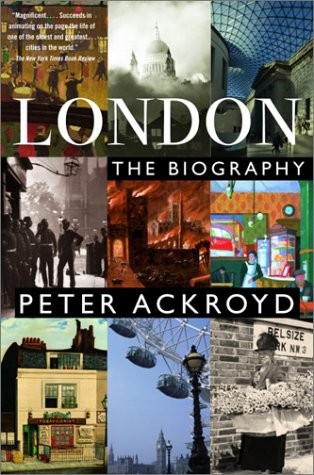 The historian and biographer of London Peter Ackroyd picks five books that shine a light on parts of this vast, complex and confusing city where, he says, pathos and pantomime meet.

Before we get to the books, how would you describe London to someone who has never visited it before?

It is a vast, complex and confusing city which has existed now for 2,000 years. It was described by William Blake as “a Human awful wonder of God,” which suggests the sacred or sacramental aspect of the city. But, of course, it is also a place of power and a place of money. London has been built upon the imperatives of money and power. That is its real raison d’être. It is not a formal or elegant city. It has not been built to accord with the wishes of its citizens. It has had a sort of natural organic growth which has taken a thousand different forms.

You have lived in many of the different areas – where would you tell a visitor to go? 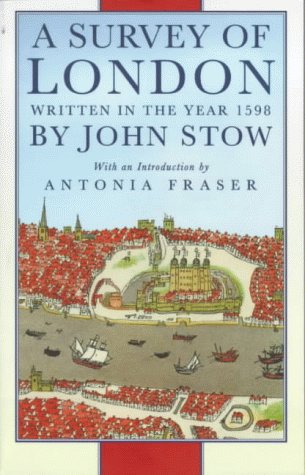 A Survey of London: Written in the Year 1598

Let’s look at some of the books which explore your passion for London. The first book on your list of London books was written during the reign of Elizabeth I.  It’s called A Survey of London and was the first survey of its kind ever published. Has it helped you with your work?

It has helped enormously. When I was preparing myself for the book I wrote about London – London: The Biography – I read it carefully from page to page. The first edition of A Survey of London was published in 1598 when John Stow himself was then past 70. It is a monumental and magnificent work.

“It is not a formal or elegant city. It has had a sort of natural organic growth which has taken a thousand different forms.”

He had always lived in London and he was interested in every particular thing connected with his native city. Nothing escaped him. He remarks on the sports and pastimes of Londoners, the towers and castles, the gates in the wall and the fresh water supply. And he goes ward by ward through all the streets of London describing their characteristics and their history. He was a great antiquarian of London, too, so we get a picture of not only Tudor London but also medieval London because it still survived in his lifetime.

So he was very good at peeling back the layers and revealing different parts of the city.

Yes, that’s right. He was able to see beneath the crevices and was able to judge and describe the underlying structures of the city.

What was one of the most interesting wards that he described?

I liked the Cheap ward, which I suppose now would be part of Cheapside. He writes things like, “Then near to the standard in Cheap is Honey Lane, so called not of sweetness there of being very narrow and somewhat dark, but rather of often washing and sweeping to keep it clean.” That is the sort of detail at which he excels, where the daily life of the people also comes to life. 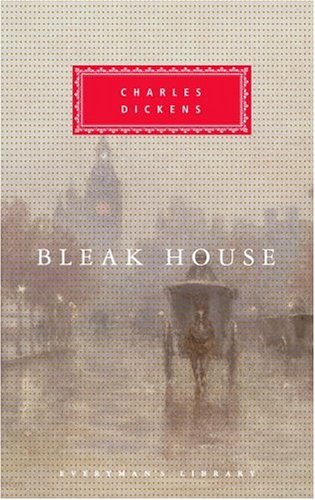 Another favourite author of yours is Charles Dickens. You have written a biography of Charles Dickens as well as other books exploring his work. What made you choose Bleak House in particular for this list of London books?

Bleak House is the work which most powerfully suggests the darkness of London, the close-packedness of London, if you like, where everything is connected to everything else. It is a London world where people are tightly bound together with ties of duty and ties of love and charity. And yet at the same time this London world is so perilous, so cruel and so close to death and disaster all the time, that you fear for the characters in the novel. The rich and the poor, the sick and the well all mingle together, which is one of the themes of the book. It is a serious London, full of mysteries of the past and mysteries of origin. In all respects it conveys a haunted city, half pantomime-half graveyard, and full of ghosts and unseen presences.

Do you think remnants of that city still survive in modern-day London?

Oh yes, you can find remnants of Dickensian London in various odd places, not so much as before the war, but still there are parts of London which for me have the sense and texture of Dickens.

I was thinking of somewhere like the Temple, which is very much part of legal life in London.

Yes, the Temple and also south of the river, like Borough High Street. There are parts of London which seem to be similar to 19th century London and manage to retain some of the atmosphere. 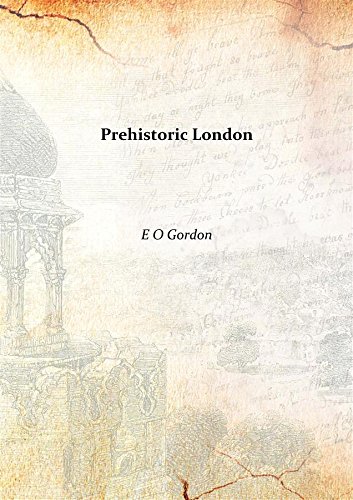 Prehistoric London: Its Mounds and Circles

Your next choice, E O Gordon’s Prehistoric London: Its Mounds and Circles, sheds new light on the city in that time.

There was a vogue for these sorts of books in the 1920s and 30s when there was a particular effort by prehistorians to discover something of London’s supposedly hidden past. There were books on the language of London, the early inhabitants and so forth. And they all tended to identify tokens and traces of Celtic or Druidic London. This sort of work was effectively killed off in World War II, but for me it still has abiding interest in the way that, for example, existing street names may betray a Celtic or prehistoric origin, such as Pancras Lane, Maiden Lane. The book reveals long forgotten trackways which, in fact, guide modern thoroughfares. The crossroads at the Angel, Islington, for example, mark the point where two prehistoric British roads intersected. So for all those reasons I find this particular book very absorbing and very revealing. 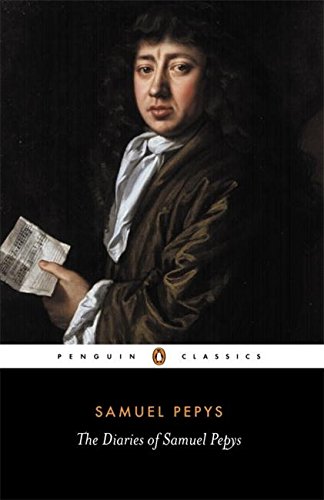 The Diary of Samuel Pepys

The Diary of Samuel Pepys is one of the best historical records of London. What kind of picture does it paint of life in the 17th century?

The diary was written between January 1660 and May 1669 and the picture it paints is one of astonishing detail. It came quite naturally and easily for him to write in that kind of detail, since he had an exact mind and was totally interested in everything that happened. He noticed, for example, that during the Great Fire of London in 1666 pigeons were trapped on the window ledges. He notices the state of fashion, he notices the kind of food and drink people were eating, and the kinds of songs that were being composed all around him. So in that sense it is an invaluable picture of daily life in mid-17th century London and one that has never really been rivalled by any other diarist.

You have written about various famous London figures – who are some your favourites and how do they reflect London?

I do have some favourites and they are mainly what I call cockney visionaries, including Milton and Turner, Charles Dickens and [the 19th century music hall comedian] Dan Leno. There is William Blake, and I suppose Charlie Chaplin would count as one, too. All these figures have absorbed London culture and absorbed London’s imagination and projected it in various ways in their own work.

Do you think there is a particular London style?

London has always had the reputation of being a city of contrast, where pathos and pantomime meet. That is true in the work of Charles Dickens and Charlie Chaplin, for example. And it is certainly true in the work of Blake. So you can see patterns of the London imagination at work. It is a world of theatre. The grand theatre of the human spirit which London most readily represents, and there is scenic detail and movement and passion and the action of crowds. It is quite different from other cities. 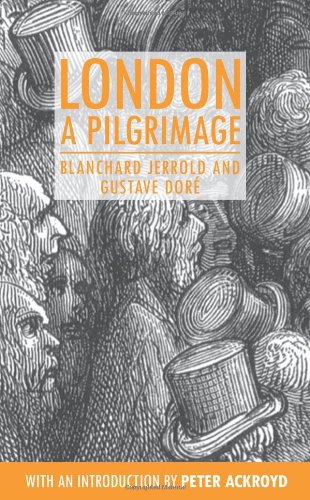 by Blanchard Jerrold and Gustave Doré

Your final choice is London: A Pilgrimage by the playwright and journalist Blanchard Jerrold and the artist Gustave Doré.

This is a work which was published in 1872. It had 118 engravings by Doré and it is a most wonderful and remarkable depiction of what you might call the low life of London in the 1870s – the working life of London. It shows people in the shipyards, it shows market traders, it shows the poor, it shows the railways systems. It is a very moving and evocative description of the life of London that was normally not recognised at the time – it was ignored. And in fact there were some contemporary critics who said that he was inventing the poverty rather than copying it, but he wasn’t doing that at all. He was observing what was all around him.

And this is seen by some as a type of social journalism.

Yes, it was in a way, perhaps equivalent to Henry Mayhew’s work on the labouring poor of London. But this book is animated by the very vivid and vibrant engravings by Doré.

Peter Ackroyd is an award-winning novelist, broadcaster, biographer, poet and historian. He is the author of London Under and the bestselling London: The Biography and Thames: Sacred River. He has won a number of accolades including the Whitbread Biography Award, the Royal Society of Literature’s William Heinemann Award, the James Tait Black Memorial Prize, the Guardian Fiction Prize and the Somerset Maugham Award. He holds a CBE for services to literature

Peter Ackroyd is an award-winning novelist, broadcaster, biographer, poet and historian. He is the author of London Under and the bestselling London: The Biography and Thames: Sacred River. He has won a number of accolades including the Whitbread Biography Award, the Royal Society of Literature’s William Heinemann Award, the James Tait Black Memorial Prize, the Guardian Fiction Prize and the Somerset Maugham Award. He holds a CBE for services to literature 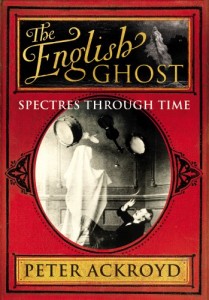 The English Ghost
by Peter Ackroyd 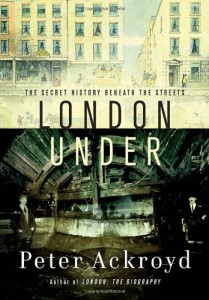 London Under
by Peter Ackroyd 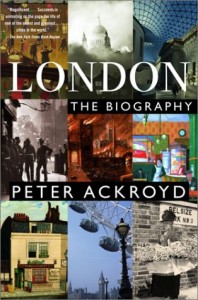 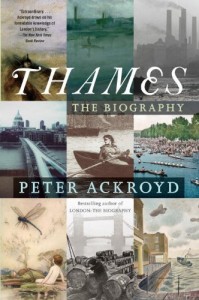 Thames: The Biography
by Peter Ackroyd 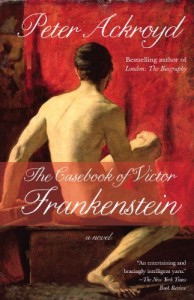 The Casebook of Victor Frankenstein
by Peter Ackroyd 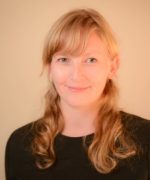 Five Books deputy editor Cal Flyn selects five of the best books on abandoned places, including a cultural history of ruins, an account of natural recovery in the Chernobyl exclusion zone, plus two unsettling works of science fiction. Her own book, Islands of Abandonment: Life in the Post-Human Landscape, is out now.