The best books on Moral Philosophy 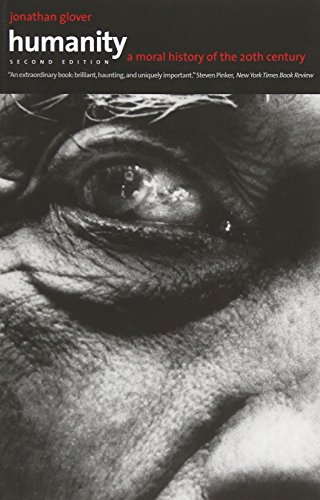 I teach philosophy, especially ethics. This could be a list of books by the great philosophers, but only one of them fits that description. This is because the questions I am most interested in are about how we should live and by what values. My list reflects the obvious point that many people who are not philosophers have written books important for this.

But you have gone for Plato’s Republic.

The only philosophy book I am choosing. It contains a tremendous amount of nonsense about what the ideal society would be like. But it is an unmissable book because of Socrates. He invented the method of doing and teaching philosophy that has never been improved on. His persistent questions forced people to spell out their beliefs more fully and precisely, often unearthing beliefs they hardly knew they had. He would then challenge them with counter-examples, putting pressure on beliefs by pointing out unwelcome consequences they had. This questioning is often both intimidating and liberating. Those of us who teach philosophy aim, not always successfully, for the liberatiorepublicn without the intimidation.

Some of Socrates’ opponents in The Republic challenge him as to whether there is any reason to be moral, apart from social pressures. They use a simple but brilliant thought experiment. Would you have any reason to avoid wrongdoing if you had a ring that made you invisible, so there was no chance of getting caught? It is not the answers given to this and the other questions in the book, but the absolutely fundamental challenges of the questions themselves.

Why have you chosen Leo Tolstoy’s great novel, Anna Karenina, in your list of books exploring moral philosophy?

Part of the genius of Tolstoy is his remarkable insight into so many very different people, so that he can portray a whole society and at the same time seem to get inside most of the people he depicts – for example, the description of Kozynyshev and Varenka and the way things went wrong for the proposal of marriage. Although he set out to write a moralising novel showing the evils of Anna’s adultery, his human empathy pushed him in a very different direction, and the reader sees every step towards the final tragedy from Anna’s point of view and sees how difficult – perhaps impossible – any of the alternatives would have been. There is the feeling that if God wrote novels they might be like this.

Tolstoy’s own values come across in the way he treats many different people in the novel. He dislikes careerists and people who say or do things to impress or because they are fashionable, and the people he admires are often inarticulate but deep. Inarticulate: there is a contrast with the values of Socrates here. What the people he admires have in common is a certain kind of seriousness. Anna and Levin are both serious in a way that Vronsky is not. Part of this is giving thought to what your life is about and how you should live. Part of it is pushing through small talk to express things that really matter to you. This can make Levin, for instance, quite clumsy and gauche on social occasions, but reading Tolstoy makes you see how utterly unimportant this is. 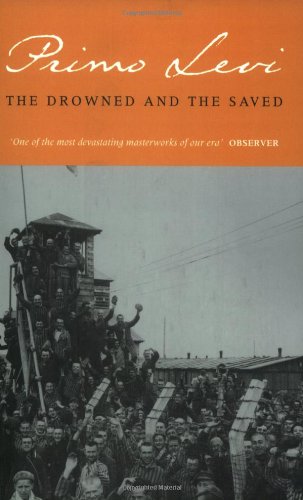 The Drowned and the Saved

Next is Primo Levi’s The Drowned and the Saved. What light does this book shed on moral philosophy and the ethical choices human beings face?

Primo Levi’s books all reflect his experiences in Auschwitz. Perhaps because he was a scientist, he wrote with a precision and definiteness, at the opposite pole from rhetoric. This gives his books immense power, as what he describes could only be diminished by any striving for effect. The Drowned and the Saved is his most reflective book on the Nazi genocide and on his own experiences and what he saw in other people. The chapter on “The Grey Zone” is a brilliant discussion of tragic choices and moral ambiguities. The Nazis made people operate the gas chambers as a way of deferring their own deaths. One of the most evil things about the Nazis was the way they tried to destroy not only their victims’ lives but also their moral integrity, by means of coercive moral dilemmas. “If you cooperate with us in rounding up your fellow Jews, we will take fewer of them than if you do not.” Levi writes about all this with great understanding of the pressures and how difficult they were to resist. He retains moral standards by which to judge people, but without glib moralising. Few people were either pure saints or pure villains. Those of us without his experience are rightly reluctant to criticise people who failed tests we have not had to face. But because Levi had experienced what he describes, his careful discriminations between degrees of good and bad in the “grey zone” have great authority. 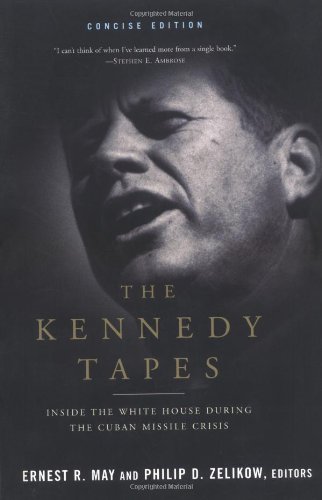 Next up on your list of moral philosophy books is one that might best be described as a work of documentary history. What are The Kennedy Tapes?

During the 1962 Cuban missile crisis, the world came the closest it has been to nuclear war. Khrushchev secretly installed missiles in Cuba, and when American spy planes spotted them Kennedy saw that American public opinion would not stand for a nuclear threat so close and possibly under Castro’s control. Should the United States bomb the missile sites in Cuba, or might that lead to Soviet retaliation? Would anything less lead to their removal?

Amazingly, and unknown to most participants, the meetings of the committee set up to decide policy were taped, as were many other meetings at the White House. This book gives the complete taped history of the discussions. In human history, no other crisis of comparable gravity has been documented from the inside in this way.

Several things stand out. One is the degree of pressure from some military people to go for the “tough” policy of bombing Cuba, and the strength it needed to resist it.

Another is that Kennedy himself and a few members of his administration had been to a session put on by scientists and others spelling out just what nuclear war would be like. After the session, Kennedy had said, “And we call ourselves the human race.” Notably, while others were prepared to risk nuclear war by bombing Cuba, those who had been present at this session were not.

It is interesting that Kennedy deceived the American people by concealing the concession he had to make in the secret part of the negotiations. By removing US missiles in Turkey (as close to the Soviet Union as Cuba is to America), Kennedy gave Khrushchev something to justify to Soviet colleagues his withdrawal of the Cuban missiles. This concession might have been too much for American public opinion. If so, this is a case of an apparently “immoral” act of deception being the right thing to do. It raises questions about the absolute desirability of transparency and honesty in politics. 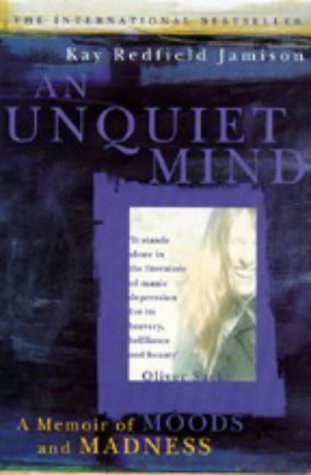 Last of the wonderful books you’ve recommended to explore moral philosophy is another very different one. It’s about mental illness and it’s Kay Jamison’s An Unquiet Mind.

Kay Redfield Jamison is a psychologist who has co-authored the major psychiatric textbook on manic depression. It authoritatively covers every aspect of the science, from genetics to pharmacology, and also has chapters on the links with creativity and on what the illness feels like. The chapters on the subjective experience are enriched with vivid quotations from patients. In her autobiography, An Unquiet Mind, Kay Jamison came out as not only an expert on the illness but also someone who has it. The power of her book comes from her understanding it both scientifically and from the inside.

She describes the sheer awfulness of the periods of depression and (perhaps less convincingly, anyway as a point about people in general) the richness of the high periods. She brings out the importance of both medication and psychotherapy in helping people with the disorder. And she has interesting thoughts on the way her identity is bound up with the illness.

She asks the quite fundamental question of whether she would rather not have had manic depression. She answers unequivocally that, without modern medication, the depression would be so terrible that she would much prefer not to have the illness. But she lives in a time when the medication is available, and – perhaps surprisingly – her answer is that she is not sorry to have manic depression. She is acutely aware of its costs, but thinks that it has given her life a certain emotional resonance she would be sorry to be without. Many with the illness might disagree. But the book, and the life it describes, is a remarkable example of how – as her mother once put it – it matters not only what cards life has dealt you, but also how you play them. 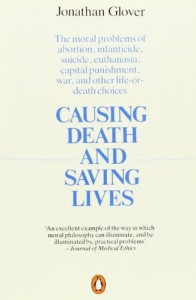 What Sort of People Should There Be?
by Jonathan Glover 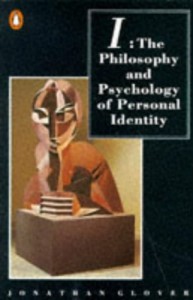 I
by Jonathan Glover 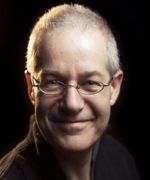 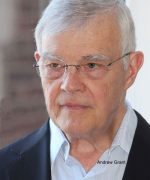 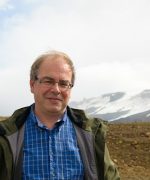 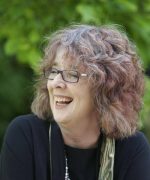