The best books on Journalism

Newspaper journalism is on its way out, regrets the former foreign correspondent and Browser co-founder Robert Cottrell. He chooses four novels that reflect the golden days and a style guide that is an equally fine work of imagination.

So. Your first book is Scoop, by Evelyn Waugh?

No, it’s not, actually. My first book is The Economist Style Guide. 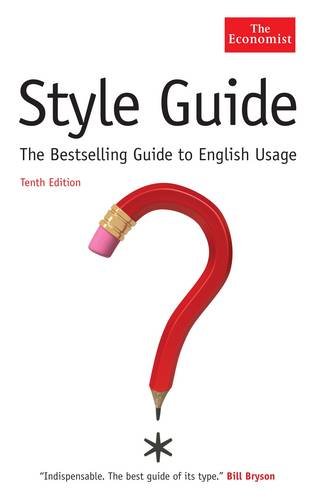 But that’s not a novel. I thought we were doing novels?

It’s something close, a work of the imagination, so it squeaks through. The job of a style guide is to set down an idealised version of the world as an editor would like it to be. One in which the written word is governed to the last degree by rules, but rules which are too complicated and idiosyncratic for any writer to learn and follow perfectly, thereby preserving a role for editors to find fault and correct.

For example, The Economist Style Guide’s entry on hyphens includes this instruction: 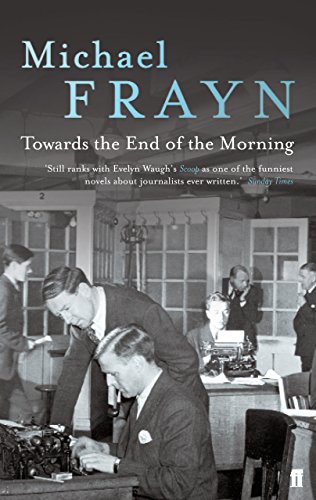 Towards the End of the Morning

So. Your second book is Scoop, by Evelyn Waugh?

I’m afraid not. My second book is Towards the End of the Morning, by Michael Frayn. It is said to be based on Frayn’s experience of working at The Observer in the 1960s, though it smells a bit more like the old Telegraph to me. You will forgive me another quotation, but there is no point in trying to paraphrase the qualities of a book like this, when the job can be so much better done in the author’s own words:

‘Various members of the staff emerged from Hand and Ball Passage during the last dark hour of the morning, walked with an air of sober responsibility towards the main entrance, greeted the commissionaire and vanished upstairs in the lift to telephone their friends and draw their expenses before going out again to have lunch.’

All Fleet Street life is there, at least until the mid-1980s. 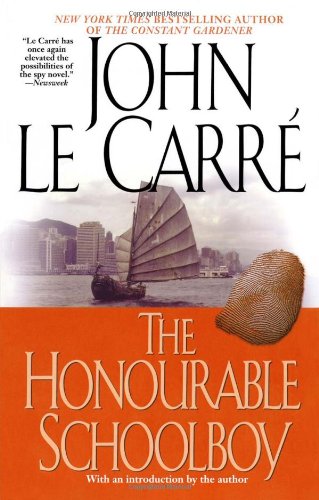 Thank you, yes. It must be midday by now. My next book is The Honourable Schoolboy. Now, why did I choose that?

I fear we’ve got our roles confused here. I’m supposed to ask you why you chose it.

Got it. A terrific story, it goes without saying. For one thing, it comes from the golden age when le Carré still cared about plot. But it’s his gift for dialogue that electrifies all his books, especially the dialogues where people are bluffing or coercing one another, and with that gift he captures perfectly the milieu of journalism in Hong Kong, where I spent my early years as a foreign correspondent. I got there just in time to catch some of le Carré’s originals in their natural habitat. And to take many a pee in the men’s loo at the Hong Kong Foreign Correspondents Club, in the old premises on the 14th floor of the Cable and Wireless Building, with an amazing view out of the window across the harbour to the Kowloon side – as described lavishly in the pages of The Honourable Schoolboy.

Le Carré’s model for Craw, doyen of the FCC, linchpin (though not title character) of The Honourable Schoolboy, was the Australian journalist Richard Hughes. A wily old warhorse. Hide like an elephant. He fell asleep in his soup one bibulous lunch time at the Hong Kong Hilton Grill, and woke up with a start half an hour later. ‘Where am I?’ he said. ‘You’re in the Hilton Grill,’ his friends said reassuringly. ‘I know that, you fool,’ said Hughes. ‘But which country?’

Is there much more of this stuff?

Funnily enough, that’s exactly what the copy takers used to say, as politely as they could, back in the days when you could phone a story in. Well we’re over the hump. After the jump. Below the fold. Whatever. Two more books.

Don’t let me stand in your way.

The Imperfectionists, by Tom Rachman.

Why do you choose that?

The honest answer would be that it’s written by Gideon Rachman’s brother. I don’t know Tom, but I do know Gideon from my Economist days, and if there was any way that I could get away with recommending Gideon’s book Zero-Sum World under the rubric of journalism, I would do so. But I can’t, since Gideon’s book is about geopolitics after the financial crash. The next best thing I can do is to recommend The Imperfectionists, and give Zero-Sum World a couple of mentions in passing. While noting that, on a strict construction of Economist style rules, there is no need to hyphenate the words Zero and Sum.

A masterpiece, actually, once you get past the first chapter, which is a dud. The book is a fictional history of the International Herald Tribune. All the characters are clichés of one sort or another, by intention. But the first chapter is given over to a portrait of a down-at-heel Paris correspondent that just doesn’t work. You have to get into the second chapter, about the newspaper’s obituarist, before the thing starts to sing, and you understand why this was one of last year’s bestsellers. It says something for the reviewers of the world that they didn’t all throw the book away before finishing chapter one. Perhaps they were all friends of one Rachman or the other. One point that I didn’t see made in the reviews, perhaps because it’s not true, is that I think this may be the last good-to-great novel ever to be written about newspaper journalism from first-hand experience. From now on, books about newspapers will be have to be researched from other books about newspapers.

Isn’t this the point where I get to plug my own book?

I’m writing a crime thriller about a newspaper obituarist, who kills famous people himself, right on deadline, so that he can scoop the competition.

Does he get caught?

Yes. He overreaches himself. A member of the royal family. Or possibly he doesn’t understand the internet, and one of his obituaries goes online while he’s still out disposing of the subject.

Thank you. And the last book?

I’m afraid it will have to be Scoop, by Evelyn Waugh. It’s mandatory in any list of books about journalism. Keeping it until last was the only way in which I could hope to preserve even the tiniest element of surprise. Journalists – and I’m talking here about British journalists of the Fleet Street era, though maybe it applies more broadly – would pride themselves on their amateurism, and Scoop shoves that back at them in spades. I mean amateurism in the best possible sense – encompassing all sorts of virtues, including courage, grace, learning, ingenuity. But also, not taking yourself too seriously. You would have this huge gulf between Fleet Street journalists and their American counterparts, who had without exception been to journalism school, and had taken higher degrees, and who looked on journalism as an exact science, like brain surgery. If you made a mistake, someone would die. That gap closed in the 1980s, as British broadsheet journalism became more professional and less colourful. Happily, we still have the tabloids to delight our animal spirits.

Any parting advice for young journalists?

The best piece of advice I ever got was from John Bulloch, of The Independent, when I was grousing about some miserable act of sub-editing. ‘Never, ever read the paper, my boy,’ he said. ‘You’ll be much happier that way.’ So I didn’t, and I was. But since nobody reads newspapers any more anyway, this advice may be of limited application.

Robert Cottrell is the editor of The Browser. In a previous life he was a foreign correspondent variously for The Economist, the Financial Times and The Independent in Hong Kong, Tokyo, Paris, Brussels and Moscow.

Journalism Politics & Society
Save for later

Todd Gitlin on The Future of the Media

Gretchen Peters on The Afghanistan-Pakistan border

Robert Cottrell is the editor of The Browser. In a previous life he was a foreign correspondent variously for The Economist, the Financial Times and The Independent in Hong Kong, Tokyo, Paris, Brussels and Moscow. 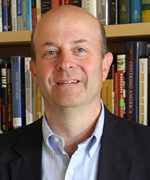 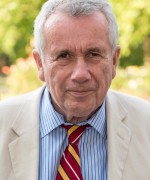 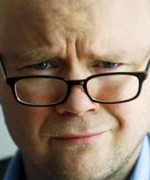 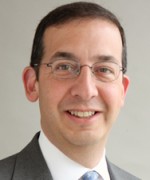 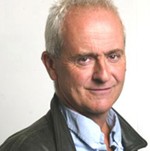