The best books on Creative Writing

The author and creative writing teacher tells us where to go for tips on finding your voice, grabbing the reader's attention and getting published

Shall we start with the oldest book? Tell us about the “Dorothea Brande”.

This is probably my favourite book on the theme. It might seem slightly old fashioned but it is actually very quietly clever. For example, it describes things that many writers feel and it’s not until you actually read about them that you realise these are not feelings unique to yourself. 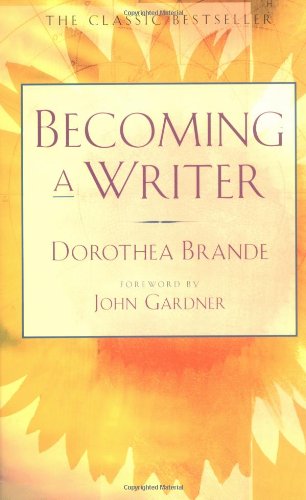 When you’re a writer you’ve the feeling you’re someone who lives in your own world. Every now and then you come across someone who thinks the same way as you and it’s very illuminating. One of the things that really struck me about this book is what Brande says about writing and the morning, which is when I write best. I do a few things like getting my son up and sort of obvious practical stuff and then I’m not always able to sit and write as I’d like because I have other writing jobs, some of which are out of the home. But Dorothea describes this almost hypnotic state that writers are in during the morning. She says this is the time that many people write best. When you’re in this slightly trance-like state, if you have to answer a phone call or do something else first thing, it can take that away. Another of the chapters I like very much is about reading as a writer. She says you’ll often find that at first the only way to read as a writer is to go over everything twice. She says to first read as you did in the days when you had no responsibility to a book but to enjoy it. When you’ve finished she advises putting the book aside for a while and then writing a synopsis of what you’ve just read. Next say what you did and didn’t like. This will help you work out what you can do with your own book. So obviously not plagiarising but looking at the way that it’s constructed and seeing whether any scenes stand out in your mind. It’ll help you recognise some of your own weaknesses.

In the book Brande listed particular writers to read to improve your own writing. It was published in 1934. Would you add anyone to that list today? Perhaps someone you feel has helped you?

I used to love Fay Weldon’s early books and Maeve Binchy books but to be honest I’m an eclectic reader and I wouldn’t say any of them have a huge influence on me now. 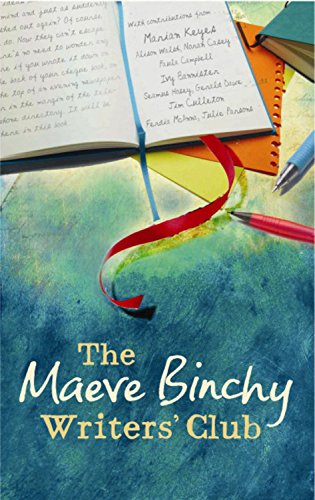 Let’s move on to the Binchy book then.

It’s a bit like the Brande book in that it is a very easy book to read and it has a voice that reaches out to the writer. But what I like about it is that Maeve Binchy wrote it because she teaches students and I teach students myself. The book was inspired by a course run by the National College of Ireland and it’s made up of 20 letters from her offering advice and tips to writers. It’s got contributions from other writers, including well known ones like Marian Keyes, and publishers and editors too, so there’s really practical advice such as how to submit your manuscript. It also gives emotional advice on how to find your voice which is something that perplexes students. A writer discovering how to make their own writing stand out so that it is different from anybody else’s isn’t something that happens immediately. It can take three years of honing the way you write and then one day you might sit down and write something completely different. You realise that actually that’s what you feel most comfortable in and that’s what makes your writing stand out. That’s what’s called finding your voice. Binchy has some lovely tips on it. The thing I like about it very much is it’s divided into extremely short chapters such as ‘Where to Begin’, ‘How to Keep Going’ and ‘The Road to Success’. It talks about writing short stories as well as novels, how to cope when you get rejections and how to befriend publishers. It’s a very easy one to read. I like this very much – it’s practical and emotional. 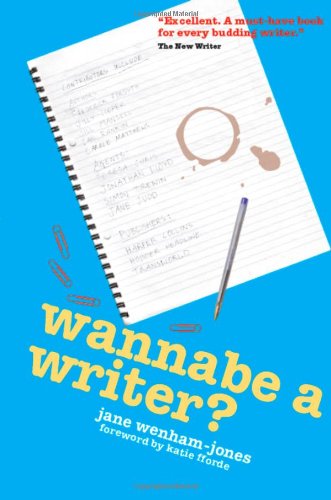 Sounds useful. Which book would you like to talk about next?

“Wannabe a Writer” by Jane Wenham-Jones. Jane’s a friend of mine and there’s a foreword by Katie Fforde, another friend. We all know each other through something called the Romantic Novelists’ Association where published authors give advice to those who are not published. So Jane is well-versed in sharing her knowledge. She talks about what it was like for her to become a writer and how it might be for other people and if people think they’ve got a book in them how to know if it’s a good book. She goes into good discipline, how to write when there’s no time, plotting, whether to plan or not, growing a novel in a folder, all this sort of stuff, so it’s very, very practical. She’s a great character Jane. She’s a novelist and a journalist. Her book also gives loads of tips from other authors, agents and publishers: where to start, how to finish, will anyone publish it and so on.

Would you agree it’s quite humorous, with all her drinking antics, talk of “writers’ bottom”…

It is yes. It is very funny. She talks about writing as therapy and waste not want not, or, what to do with stuff that’s been written and rejected. It’s a good guide and it’s something you can dip into. 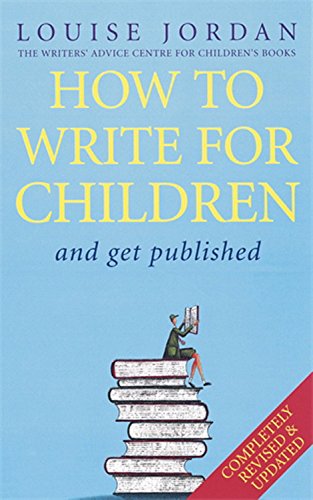 How to Write for Children

Tell us about “How to Write for Children and Get Published”.

I wanted to include this because quite a lot of my students want to write children’s stories when they’re grown up and don’t have children the age they want to write for. I always tell them to write for the age that they are handling at the moment. So if you’ve got a five year old don’t write a book for a three year old because actually you’ve probably forgotten what a three year old’s like. Jordan talks about writing fiction for the education market which is one market where you can still get published. She says that many writers have a problem with the actual writing skills involved in children’s non-fiction and that it’s every bit as important for a non-fiction book to be written in a lively and interesting style. I agree with her; it’s what I have done in my own non-fiction. She talks about all different kinds of children’s books, from how to write series reads for eight to 12 year olds to picture books and teenage fiction. She also goes into subject matter, self-publishing, plotting and so on. I think it’s a different kind of market and one that is worth considering. Some people are absolutely certain they want to write adult novels and then don’t get published. It might be that they are better short story writers, or teenage writers or it might be that they’re non-fiction writers so it’s worth actually playing around with different genres.

And now to your last book, “Rewriting: A Creative Approach to Writing Fiction”.

This is a text book really that’s been around for donkey’s years but it’s extremely useful and absolutely packed with good advice on things such as effective openings, the teaser and the grabber, saying: ‘You have to interest readers to propel them out of the opening.’

There’s a paragraph here I think is very important: ‘You have finished the first draft, it’s a mess you know but that’s ok and there it sits. Maybe you put it aside for a few days or weeks or months. Now you can approach it with fresher, more objective eyes.’ It is vital to do this, I heartily recommend it. While it is important not to immediately go through it again, I don’t believe you should leave it too long because you can lose your connection with it. Leaving some time before revising means you can get ideas for your work that you wouldn’t have had before.

It’s a very positive approach to revision because some people hate revision. Actually, I’ve learnt to love it.

A journalist for more than 25 years, Jane Bidder writes fiction under the pen-name Sophie King. She is a frequent contributor to national British newspapers and magazines, including the Times and Good Housekeeping, and has authored a number of non-fiction books. She teaches creative writing at Oxford University, is writer-in-residence at a high-security prison and has recently published her fifth novel, The Wedding Party.

Writing Books
Save for later

Lane Greene on Grammar Books That Prove What They Preach

Kathleen J Graber on How to Write Poetry Books

A journalist for more than 25 years, Jane Bidder writes fiction under the pen-name Sophie King. She is a frequent contributor to national British newspapers and magazines, including the Times and Good Housekeeping, and has authored a number of non-fiction books. She teaches creative writing at Oxford University, is writer-in-residence at a high-security prison and has recently published her fifth novel, The Wedding Party. 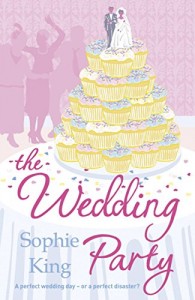 The Wedding Party
by Sophie King 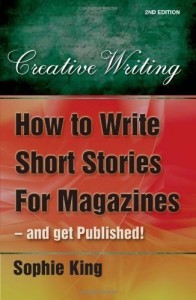 How to Write Short Stories for Magazines
by Sophie King