The best books on The Future of Advertising

The author and Emmy award-winning advertising exec discusses the changing face of the advertising world. He argues that the digital revolution has been mirrored before in the change from radio to tv advertising.

When I was in college, I was writing for the college newspaper and I found that I really enjoyed when local advertisers would ask us to create our own adverts. That was the start of it – I now have 26 jobs on my resume. I opened my own company in 1990 because nobody else would hire me any more: I was a troublemaker and I found that companies don’t hire you to be the owner! I opened my agency PS Insights with my partners Norm Siegel, Paul Kurnit and Jeff Woll about 20 years ago.

The industry is different now to when you started. How has advertising been affected by ‘the digital revolution’?

The effects are enormous. The advertising business was based on the agency commission model which is dead because the media don’t carry commissions any more. Agencies need to become true partners with their clients again. The industry has been here before, though. The revolution that we are seeing, from television to the media of the 21st century, matches the transition from radio to television in the 1950s and 1960s. In 1950 televisions were in less than 10 per cent of American homes whilst radio was in 97 per cent of American homes, but within 15 years most people owned a television, and the radio had been displaced. Television advertising in these early days was just radio commercials with pictures, because advertisers didn’t understand that television was a different medium. What happened then was that a revolution came about headed by a man called William Bernbach. He decided to team up the writers with the art directors: this came to be known as the creative revolution. Nobody has yet done that with the digital medium. Nobody has figured out what the new digital medium is and how people and customers will accept advertising in this new form. Now we are waiting for our next hero to show up. 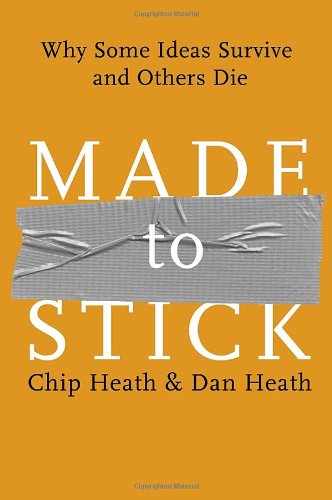 by Chip Heath and Dan Heath

Let’s talk about your first book, Made to Stick.

Made to Stick is about what makes a message memorable. Why is it that we can all say ‘Call me Ishmael’ and remember this opening line to Moby Dick, and yet none of us can say the second sentence. Made to Stick is a thoughtful, fact-based empirical study about this idea of stickiness.

And what is it that makes a message memorable?

In all of the books I recommend we find the common theme that I believe advertisers should focus on, the customer end benefit – what’s in it for the end user. You can put out a message that says doughnuts are fattening and no one will pay attention to that. But if you put out another message which says that eating two doughnuts is the equivalent of having a breakfast of three eggs, two pieces of bacon, three pieces of toast and a glass of milk, suddenly people see the same fact in a different light. In this example, we see how it is possible to translate vague statistics into meaningful and real imagery. 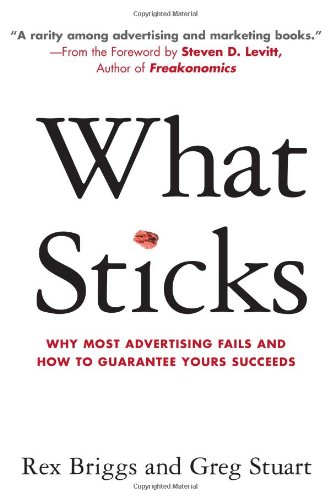 by Rex Briggs and Gregg Stuart

On to your next book. Tell us about What Sticks.

What Sticks covers some of the same territory as Made to Stick but they have a more interesting point of view. The authors Rex Briggs and Gregg Stuart believe very strongly that, in order to make any advertising campaign sticky and produce any kind of results, everyone involved must agree on the measurement of success. Time and again advertisers start to do ad campaigns without clear agreement on how to measure how the campaign is working. What Rex Briggs and Gregg Stuart propose is that there be a project leader who is in charge of getting everybody into agreement over what the goals are before the campaign starts. That way everybody knows what they are doing and why they are doing it. The masters of this approach are Procter and Gamble. They don’t put a campaign out to the public until they’ve thoroughly tested it. The minute their campaigns go out, they turn to their agency and say, ‘Start working on the follow-up and back-up campaigns in case the campaign that’s running stops working.’ They are very clear about what a campaign should do and how to measure whether it’s ‘working or not’, and how to measure this. This is the approach that What Sticks is all about.

This seems like an obvious approach: why is it that advertising teams neglect it?

The fault lies with the client who accepts work from agencies who don’t hold their creative teams to the discipline of their marketing teams, who do usually have a clear criterion for success. One of the things I have noticed in the recession is that when the basics should become more important than ever, people just start flailing around and will try anything and everything to get results. 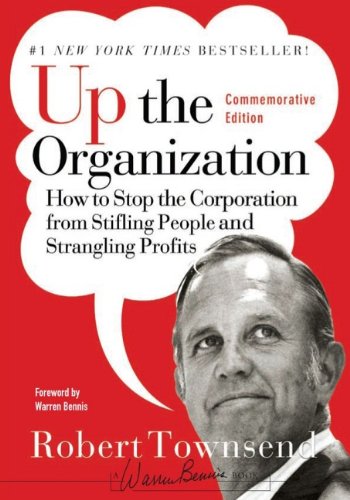 Next book, Up the Organization.

Up the Organization is written by Robert Townsend who was the client at Avis (the car rental company) when Avis came up with the ‘We Try Harder’ campaign. Robert Townsend was always seen as a bit of a maverick both within his company and within the industry. The book has just been reprinted and I find it interesting that, even 40 years later, the book still speaks to a large audience. I will admit that I have not read it in about the last 30 years, but at the beginning of my career it was hugely influential to me because it told me that you could be part of an organization and still be a maverick within the organization. What he preached was how to break the rules and still fit in. I learned how to break the rules – I occasionally wish I had better learned the lesson of how to fit in. 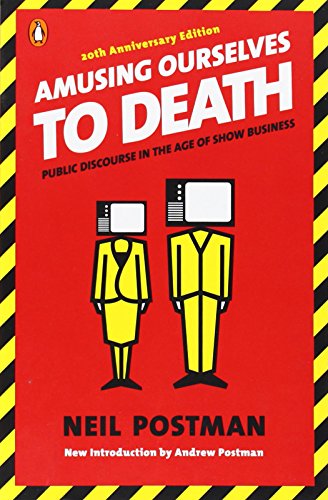 Amusing Ourselves to Death

Next book, Amusing Ourselves to Death.

Neil Postman took the work of Marshall McLuhan – who was putting out early theories on media – and built on them. However, Postman was far more observant and empirical about the trends occurring in the media landscape. The trends which he identifies in Amusing Ourselves to Death, written in the 1980s, have since all come true. For example, he predicted that if you make news entertaining, then it’s a short slippery slope until you start making entertainment the news and, as we have seen, he was absolutely right on about that. He was also right about the fact that, whilst we were all concerned about the book 1984, it was really Brave New World that was the true predictor of our fate.

But you work in exactly this field. How does Postman’s analysis affect how you think about your own work?

Amusing Ourselves to Death is a reminder that what we do doesn’t happen in a vacuum. What we do happens in a context: it sounds obvious, but it’s actually very easy to forget. Once, whilst I was working for a particular television network (that shall remain anonymous), somebody used the word pandering one day about the work we were doing. I suddenly realised that he was right, that’s exactly what I had been doing in the two years I’d been working with them – producing low-quality adverts which pandered to the audience. The book also has a message for advertisers post ‘the digital revolution’ – that the same fate awaits the new media. There are so many studies these days on the way that we process information we find on the internet, most of them showing how this reduces our attention span and our ability to process complex ideas. As the famous saying goes, ‘those who don’t know history are doomed to repeat it’. Those working in advertising should read Amusing Ourselves to Death: knowing the past helps us to avoid the same pitfalls in the future, and to keep everything in perspective. 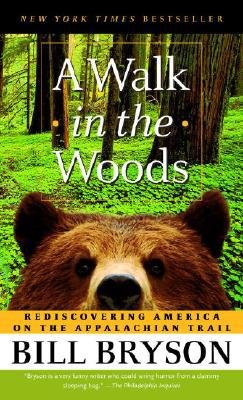 A Walk in the Woods

Last book, A Walk in the Woods.

This ties in nicely to my last point: A Walk in the Woods is a book about keeping everything in perspective. Bill Bryson is an American who lived in England for 20 years and decided that he wanted to find a way to reconnect with America and get in shape. He came across the idea of walking the Appalachian Trail. Now the Appalachian Trail is one of the most gruelling hikes in the world. It’s about 2,300 miles, and goes up and down something like 50 5,000-feet peaks – it doesn’t go around them. Despite this, Bill Bryson produces this delightful self-effacing account of his journey, and it is laugh-out-loud funny on every page. It’s a reminder that it is easy to make pronouncements about what it is that we are going to do in life, and that it’s the follow-through that counts.

Steve Lance, author of The Little Blue Book of Advertising, has been working in advertising for more than 30 years. He has worked as creative director at NBC, creative director of the entertainment division at Della Femina, Travisano & Partners, and set up his own company, PS Insights. He has won a number of prestigious awards including an Emmy award with Ritchie Kahn for the NBC news campaign ‘Proud as a Peacock’, and a Platinum Aurora award for the rebranding of Accenture.

Marketing
Save for later

Steve Lance, author of The Little Blue Book of Advertising, has been working in advertising for more than 30 years. He has worked as creative director at NBC, creative director of the entertainment division at Della Femina, Travisano & Partners, and set up his own company, PS Insights. He has won a number of prestigious awards including an Emmy award with Ritchie Kahn for the NBC news campaign ‘Proud as a Peacock’, and a Platinum Aurora award for the rebranding of Accenture. 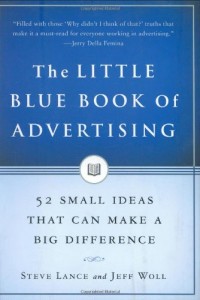 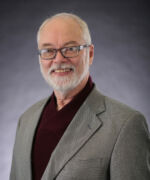 Brian Attebery on
Fantasy’s Many Uses

Visionary storytelling, or fantasy, is part of our cultural DNA. Far from being simply fantastical or facile, we can use the fantasy realm as a testing ground for important ideas, argues Brian Attebery, a leading scholar of the genre. He talks us through five key works that demonstrate fantasy's many uses, from 1922 through 2010.