recommended by Our Children's Editor

Of the many children's books published in Chinese, few make their way into translation. Here, our Children's Editor picks five outstanding Chinese picture books that are available for readers around the world to enjoy in English.

Asian authors and illustrators do get international recognition. In the past decade Eiko Kadono (Japan), Cao Wenxuan (China), Naoko Uehashi (Japan) and Suzy Lee (Republic of Korea) have all won the prestigious Hans Christian Andersen Award, and Baek Heena (Republic of Korea) has won the coveted Astrid Lindgren Memorial Award.

Nevertheless, children’s books translated from the languages of more distant cultures into English are few and far between. Here at Five Books, our Children’s Editor picks some favourites from among those picture books published in Chinese that have made the journey to English.

This is a bilingual adaptation of the first part of Journey to the West by Wu Cheng’en, starring the irrepressible Monkey King, Sun Wukong. At 80 pages it is longer than a normal picture book, more of a graphic novel version of this Chinese classic. It is popular with children of various ages and a good choice for reading with siblings. The translation is questionable in places, but it is made up for by the engaging story and the cartoon-like illustrations which are dynamic, colourful, and rich in Chinese imagery. This adaptation covers the chapters of Journey to the West where Sun Wukong causes havoc in the Dragon King’s water crystal palace and in heaven, and the big battle between the monkey army and the forces of the Jade Emperor.

Always resourceful and optimistic, Sun Wukong is one of the most loved characters in world literature. Later chapters in Journey to the West deal with Monkey’s gradual realisation that our actions have consequences and he becomes much more virtuous, but the chapters included in this children’s edition focus on the joy of Sun Wukong’s child-like and rebellious spirit. 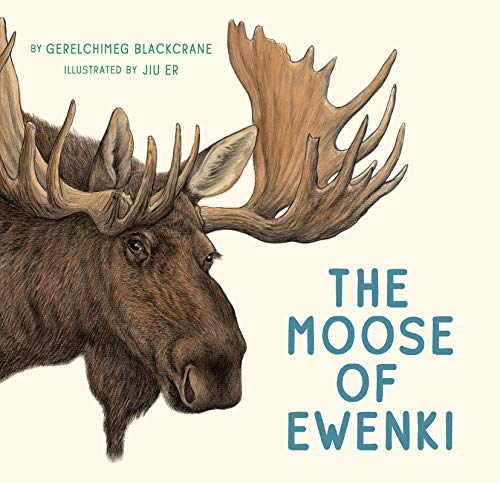 The Moose of Ewenki

The Moose of Ewenki

This picture book was written in Chinese but the culture of reindeer herding which it depicts is not one that most readers normally associate with China. The award-winning, best-selling author is an ethnic Mongolian who clearly has an affinity with other essentially nomadic cultures. He has previously written a novel for children called Black Flame, also translated into English, about a Tibetan mastiff which is stolen from its owner and has a series of adventures. In The Moose of Ewenki, the main human character is an old Evenki man called Gree Shrek. (The Evenki are a Tungusic people who live on both sides of the Argun river, in the Inner Mongolia Autonomous Region of China and in the Russian Far East.)

Gree Shrek is a hunter who mistakenly kills a female moose who has a calf. When the orphaned calf follows him home, Gree Shrek names him Xiao Han – Little Moose – and takes care of him. Xiao Han gets up to all sorts of mischievous antics and, even when he has outgrown all the reindeer, follows Gree Shrek everywhere. But the ageing Gree Shrek realises that he doesn’t have long to live and that Xiao Han really belongs in the forest.

The Moose of Ewenki is longer than a normal picture book (over 60 pages), but there isn’t too much text – the focus is very much on the carbon pencil and watercolour illustrations of nature and animals. The illustrations add humour to the story; the pictures of the growing moose calf knocking down the tent or dripping water all over Gree Shrek are sure to delight young readers.

In this charming Chinese picture book, three little monks – Ben, Jing and An – are each given a precious lotus seed from an ancient plant and told to make it grow. Ben is too impatient and doesn’t consider what the seed needs, just what he needs from the seed. Jing is overprotective. An thinks about what would be the best environment for the little seed and waits until the time is right to plant it.

The translation is published as a bilingual edition with pinyin, so this picture book is a good choice for kids who are learning Chinese. As well as showing the three little boys’ different approaches to life, An’s Seed is a lovely, simple book depicting the passing of the seasons in a Buddhist temple. 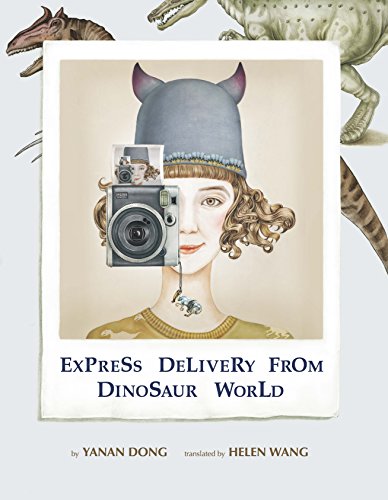 This is a fantastic activity book set in the prehistoric world. Some of the tasks will feel familiar (spot the difference, find the way through the maze, help the megaraptor find the baby raptor…) but the presentation is really creative. This is a playful book for children, but any adults reading it are sure to be entertained too, especially by the page that invites readers to imagine that artists were dinosaurs, with famous works of art presented as dinosaur eggs.

This Chinese picture book is an engaging fusion of art and science which should appeal to children interested in dinosaurs, art or puzzles, or inspire interest in all of the above. Unlike some activity books which are more about colouring by numbers, the author’s intention with this adventure picture book is clearly to help the imagination of young readers flow. 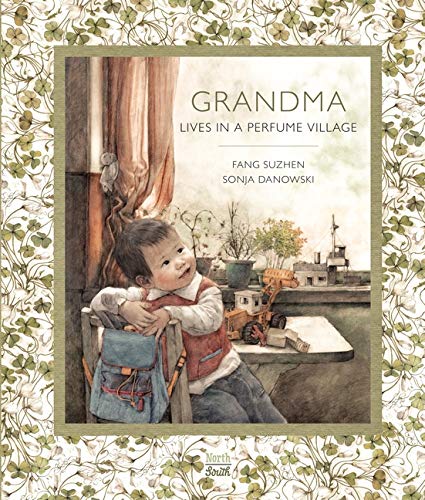 Grandma Lives in a Perfume Village

Grandma Lives in a Perfume Village

This book is by a prolific Taiwanese author, and both she and the illustrator have won multiple awards. Unlike the other picture books featured, all of which are by Chinese illustrators, this one is illustrated by a German artist. Danowski’s work has a detailed and realistic style with wide appeal.

Grandma Lives in a Perfume Village has two parts. First we have the last day that little Xiao Le spends with his grandmother (at the time he doesn’t know that he will not see her again, but readers understand that she is very ill). Xiao Le hasn’t seen Grandma for a while, and at first he is fearful of her frailty, but she wins his confidence and they have some lovely moments together. In the second half of the story, Xiao Le and his mother are coping with their loss. They agree that Grandma has probably gone to heaven and talk about whether it is like her old home in Perfume Village.

This is a sad but warm story which can help young children understand that death is a part of life, and that memories we have of our loved ones continue to bring us comfort after they are gone.

Our children's editor is in charge of the kids' books recommendations on Five Books. As well as interviews with authors and experts, the best kids' books of 2022 and the best teen books of 2022 are handpicked to bring you the very best books for kids as they are published.

Ages 3-5 China
Save for later

Dana Sheridan on The Best Books on Gratitude for Kids

Our Children's Editor on The Best Chinese Picture Books

Zoe Greaves on The Best Picture Books of 2017

Our children's editor is in charge of the kids' books recommendations on Five Books. As well as interviews with authors and experts, the best kids' books of 2022 and the best teen books of 2022 are handpicked to bring you the very best books for kids as they are published.