What are the most notable new novels of summer 2021?

Well, there are a lot of contenders to choose from. First off, there are a number of new books from big-name authors. Lionel Shriver’s latest offering Should We Stay or Should We Go, for example, is a high concept ‘sliding doors’-style novel centred on a middle aged couple who make a suicide pact before they turn 80, so as to avoid the indignities of old age. Given its morbid premise, it’s surprisingly fun and breezy; with elements of satire and speculative fiction, and a dollop of self-awareness (“Please tell me you’re not listening to that Shriver woman,” groans the wife at one point.) 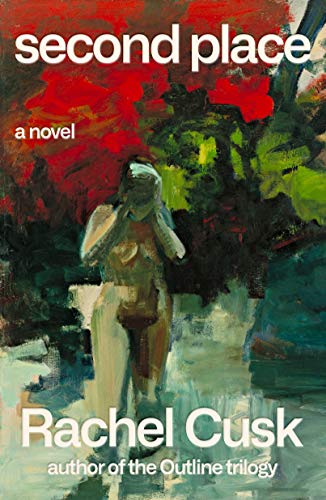 Rachel Cusk’s new book, Second Place, has also been hotly anticipated. Cusk is best known for her Outline trilogy, those cool and exacting works of autofiction. Second Place, too, draws from life, in as much as the main character ‘M’ is a writer who lives in an isolated marsh—not unlike Cusk herself—and the narrator gestures towards some “global pandemonium” making travel difficult. But the main thrust of the plot is derived from, or adapted from, a 1933 memoir by the American salonnière Mabel Dodge Luhan, who invited the writer D.H. Lawrence to live at her arts colony in New Mexico. Like Luhan, Cusk’s M writes to a painter she admires, inviting him to live in a guest house on her property. Like Luhan, M hopes that this this celebrated artist will reflect her life and landscape in some way through his art, something she does not feel qualified to do. And—like Luhan’s relationship with Lawrence—this relationship cannot be anything other than fraught and parasitic. But who, exactly, is the parasite?

Any other personal highlights?

I loved Rosa Rankin Gee’s Dreamland, a bleakly beautiful queer love story set in a dystopian England of the near future. In it, Chance, a scrappy young woman, fights to keep her family’s heads above the water (sometimes literally) in Margate, a seaside resort that is slowly being reclaimed by rising seas. It’s intense and Atwood-esque, cranking up the tension as it goes, until its spectacular final sequence. I also enjoyed Sue Rainsford’s Redder Days, and indeed am quoted on the cover describing it as “a masterpiece of literary horror”—so it is. Set in a paranoid, possibly post-apocalyptic world, Redder Days features a failed commune in a Centralia-like landscape, where smoke billows from the ground and members patrol the perimeters alert for incomers carrying a virus known as ‘the redness’. Information is drip fed in this occasionally cryptic, always atmospheric novel. 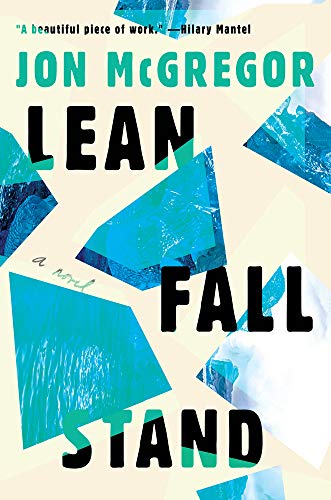 I was eagerly anticipating Jon McGregor’s new novel Lean Fall Stand—his fifth—and it didn’t disappoint. Like his Costa Prize-winning anti-mystery Reservoir 13, it begins with a scene of high drama before allowing the consequences to spool out over the subsequent years. In Reservoir 13, it was the search for a missing girl; in Lean Fall Stand it is a freak accident during an Antarctic expedition. The pitch and intensity of that opening scene is never revisited, but serves instead as fuel to fire the reader’s interest in the slower unravelling. What marks the novel apart is the strange, moving and often funny evocation of the speech and thought patterns of a stroke patient—which takes an almost experimental form on the page—and the  ambivalence of the patient’s wife, who finds herself unexpectedly swapping a career in academia for a new life as a live-in carer. Striking and unusual.

What are the summer 2021 novels that everyone is talking about?

Lisa Taddeo—author of Three Women, the blockbuster 2019 study of desire and abjection—has made her first foray into fiction with the confrontational novel Animal. In some ways it’s a continuation of her work in Three Women, touching on similar themes—notably, the domination of women by men—but also a corrective. Joan, the protagonist, does not simply lie down and take it. She hurts, but also hurts in return. It’s a book of female rage and sometimes graphic violence. Buckle up: this book goes dark and deep. 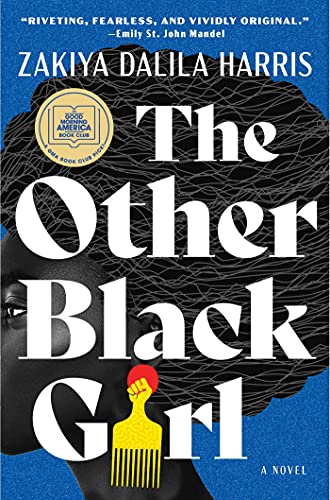 The Other Black Girl: A Novel

Zakiya Dalila Harris’s debut novel The Other Black Girl, newly released, earned her a million-dollar book deal and has shot into the New York Times bestseller list. Described as Get Out meets Stepford Wives, the book begins as a slow burn office drama—in which a black publishing assistant greets the arrival of a new black colleague with excitement and then suspicion—before taking a turn for the speculative. The final twist in the tail will give you whiplash.

Also of note in speculative fiction is Jeff VanderMeer’s Hummingbird Salamander. Fans of Annihilation will be pleased to hear that it’s a eco-thriller set in the world of wildlife trafficking and bioterrorism, with a distinctive noir style. Security consultant ‘Jane Smith’—not her real name—finds herself drawn into an international criminal conspiracy after being passed a key to a mysterious storage unit. In the background, a near-future Earth is degenerating as temperatures rise, ocean currents stall and drones monitor the cities. Disquieting and cerebral. 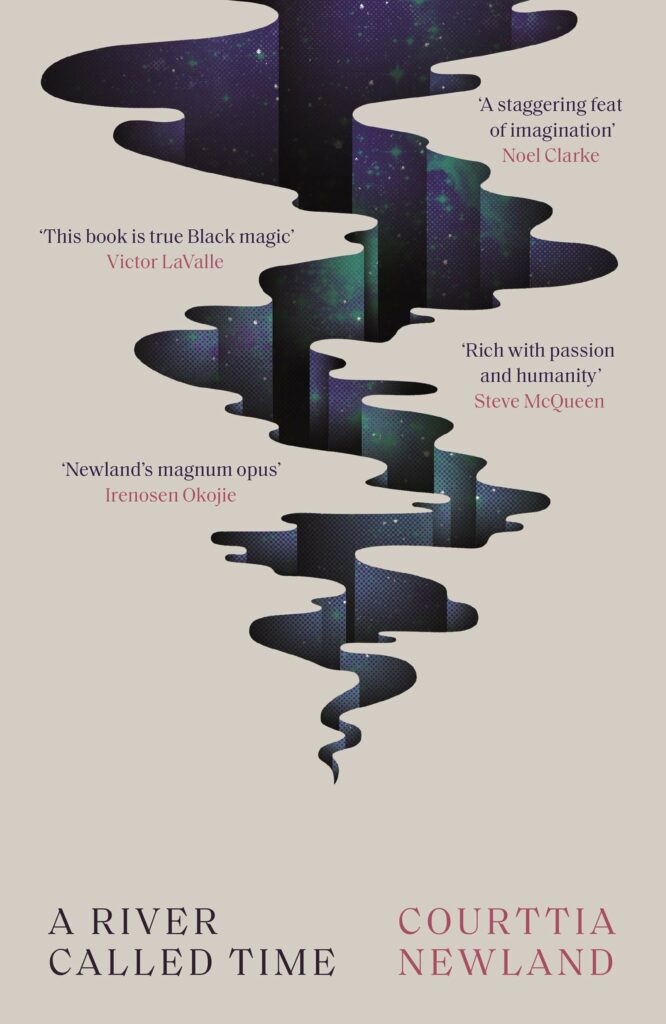 Plus there’s Courttia Newland’s A River Called Time, a story of parallel worlds and astral projection—which offers a vision of a world in which there were no European empires, and in which a form of African cosmology has become the dominant world religion. A novel of epic proportions and massive ambition, A River Called Time is not a quick read but it is, as Wired magazine has noted, “speculative fiction that genuinely made me speculate.” One for fans of Octavia Butler and Ursula le Guin.

Any breakout debuts among these notable new novels of summer 2021?

A few. I recommended Paul Mendez’s Rainbow Milk last year when it was first released in the UK; it’s now available in the United States, published by Doubleday. 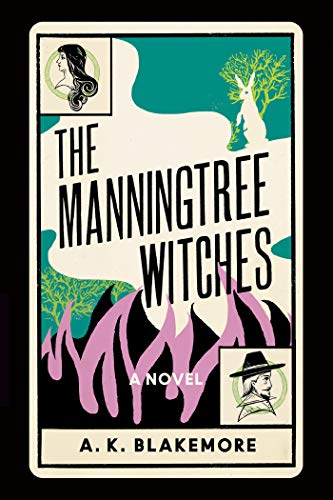 by A. K. Blakemore

And the poet A. K. Blakemore’s prose debut The Manningtree Witches has also been extremely warmly received. It’s a historical novel based on the real-life 17th century witch trials in Essex, England, set during the civil war and at a time when Puritan attitudes prevailed. The self-appointed ‘Witchfinder General’ Mathew Hopkins sets about rooting out practitioners of Maleficia, devilry, at a time when many women have been left to get on with life while their men were fighting wars. I’ve seen it described, rather deliciously, as ‘Fleabag meets Hilary Mantel’, and if you can resist that then you are made of sterner stuff than I. Shortlisted for the Desmond Elliot Prize; out in the US on August 10.

Yes. Look out for Leone Ross’s magical realist This One Sky Day; Gwendoline Riley’s tense tale of mother-daughter strife My Phantoms; and Lucy Jago’s Jacobean scandal A Net for Small Fishes. And if you missed it last year, Louise Erdrich was just awarded the Pulitzer Prize for her 2020 novel The Night Watchman, which is set on an Indian reservation in 1950s America and inspired by the life of her own grandfather. The New York Times called it “a magisterial epic”. 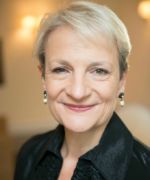 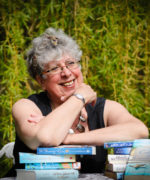 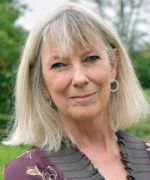 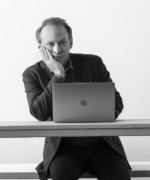