Zara, age 12, is an avid reader of philosophy books. Here she shares her favourite picks, and gives adults some tips on selecting the best books to get kids interested in philosophy.

What has drawn you to reading philosophy books for kids? Do you enjoy thinking about questions that don’t have an easy answer?

My grandpa is a psychiatrist, and he’s always really interested in philosophy. He introduced me to it when I was seven, when I was reading Pinocchio.

Yes, something that I look for in philosophy books is deception. Since my grandpa introduced me to philosophy, that’s just kind of been my thing. Anytime I go see him, we always talk about philosophy, it’s a cool bond that we have. Sometimes I’ll be like, “this chapter really was helpful to me, can we talk about this?”, and then we’ll read it together. We’ll have discussions on questions like “is the world even real?”. It’s a great question, because you really don’t know.

The philosophy books for kids that you have picked are structured around various themes. If you were going to write a children’s philosophy book yourself, what themes would you include?

I would include aesthetics, ethics, ontology, logic and deception, because those are probably my top five favourite subjects. The books I’ve picked all cover general philosophy, and most of them cover those subjects. There are a lot of teenage philosophy books, but they’re not as good as these books for kids. And I’m not ready for college level books yet.

The philosophy books for 8-13 year olds which you have picked, do they challenge you to think for yourself or are they mostly about the history of philosophical ideas?

Most of them are more philosophy in practice. They have some historical pages, but mostly it’s really having you think about it instead of learning about others. The books have philosophers in history and also philosophers now; they have philosophers from all over the world. On the whole, most of these books have questions instead of opinions. They will ask a question and then explain it, but not really explain it enough – in a good way, so the person reading can really think about it. In all the books some of the paragraphs do go into depth but most of it is kind of giving you the first idea. Adult philosophy books probably go more into depth, but these philosophy books for kids are really just starting you off.

Does thinking about philosophical questions help you in daily life, for example with critical thinking in general?

For sure. And also stuff like logic, stuff to do with math. And philosophy connects to a bunch of other things, like science and religion. 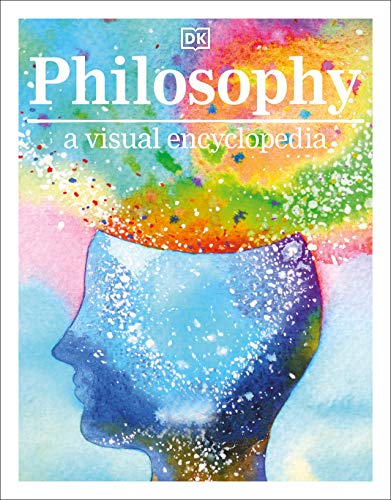 Let’s move on to your first pick of the best philosophy books for 8-13 year olds, Philosophy: a visual encyclopedia. One of the authors is our Five Books Philosophy Editor, Nigel Warburton.

I did not realise that. That is so cool! I picked this one because I’m into feminism and I really like female empowerment. I feel like a lot of books just have males, white males. But this one has a lot of feminist philosophy. This book covers pretty much everything, it has Eastern, Western… different philosophies from all over the world. And it’s really easy to understand because there’s a ton of colours and pictures. 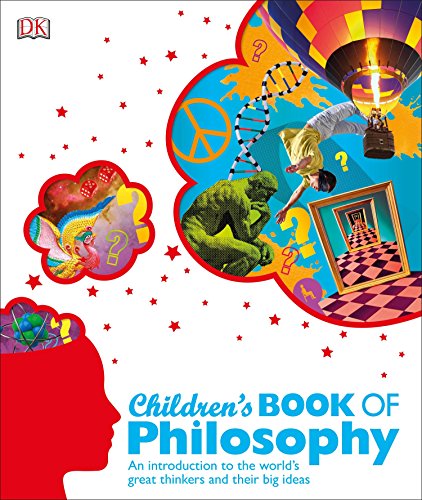 Children's Book of Philosophy: An Introduction to the World's Great Thinkers and Their Big Ideas

Your next pick of the best philosophy books for 8-13 year olds is Children’s Book of Philosophy: An introduction to the world’s great thinkers and their big ideas.

This has actually been my favourite since I was seven years old, this was my very first philosophy book. Basically, any time I go over to my grandparents’ house I read it. I can read it over and over because every single time I find something new, which is just so amazing. This is my favourite, but the first one I picked is probably a better philosophy book, just because it has more information. But this one is really good, and good for younger kids age seven or eight and up.

Do you know what appealed to you about this book from such a young age?

Well, it has a lot of big, bold writing, and a lot of questions. It’s really good at changing the adult perspective into a kid’s perspective, giving the same information. For example, instead of just saying “aesthetics”, it will be “what is beauty?”. I like that the chapter names are mostly questions. 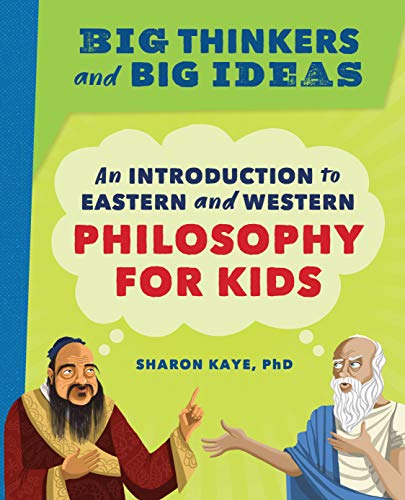 Big Thinkers and Big Ideas: An Introduction to Eastern and Western Philosophy for Kids

Let’s talk about your third pick of the best philosophy books for 8-13 year olds, Big Thinkers and Big Ideas: An Introduction to Eastern and Western Philosophy for Kids.

What I like about this book is that it’s really diverse. It has a bunch of different people but not only from the modern day, it still has the basic ones too. And it includes stuff about lying, which is one of my favourite parts of philosophy – whether lying is always right or wrong, the ethics of that.

Considering the title, do you think that this book contains enough about Eastern philosophy?

It has Western and Eastern, it pretty much has everything. Another cool thing about this book is that it gets kids to think about why we do things, what’s the purpose. 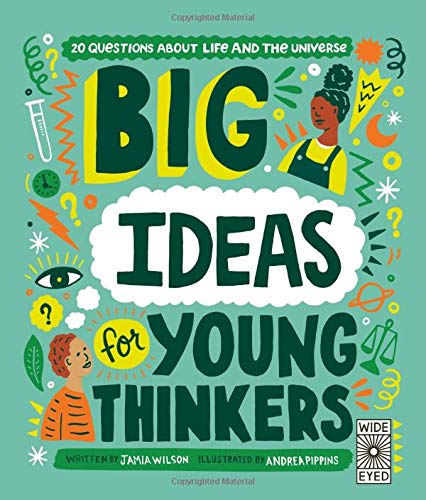 Big Ideas for Young Thinkers: 20 Questions about Life and the Universe

Let’s move on to your next pick of the best philosophy books for 8-13 year olds, Big Ideas for Young Thinkers: 20 Questions about Life and the Universe.

This one I really like, because it has a lot of people. It has Malala Yousafzai. It has Langston Hughes, who was an author and not really someone who you would think of including in a philosophy book. I thought that was pretty cool. It also includes Gandhi and other people like that. And it has really nice questions. Another thing that I’m really passionate about is Pride, and it has questions like “what is gender?” This book asks why we have rules enforcing all this gender stuff, what’s the point? That really appeals to me.

Have you thought about whether there is a difference between a thinker and a philosopher?

I haven’t really, but I think that the reason they use “Thinkers” in the title is to make it more appealing for younger kids. “Philosophers” is a big word, but Big Ideas for Young Thinkers is like “oh, it’s just thinking”, so it’s not as big and scary as philosophy.

At the start of this book, the author makes an excellent point about what happens when we disagree, and how to have a respectful argument.

Yeah, that’s cool. Because it’s what humans do. We have arguments all the time. And children obviously witness that all the time. This book really addresses that and talks about it. I think it is the only one of these books that addresses it upfront as a question. This book is definitely for older kids, like 10-14 year olds, because there’s a lot of writing in it. It’s only 64 pages but it’s smaller writing, so you have to take time to read it. 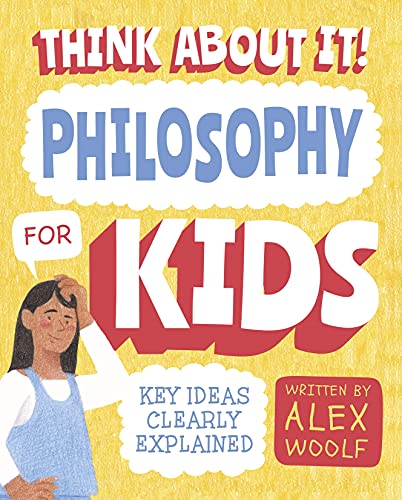 Think about It! Philosophy for Kids: Key Ideas Clearly Explained

Your final pick of the best philosophy books for 8-13 year olds is Think about It! Philosophy for Kids: Key Ideas Clearly Explained.

With this one, I just really like all the cartoons. There are a ton of drawings, and that’s really nice for kids. My sister also likes this one, because of all the cartoons, obviously, but also because it has a lot of questions. This is her philosophy book that she has liked since just before she turned eight years old.

Do you have any other advice for someone looking for books to introduce kids to philosophy?

Sometimes kids may not want to learn philosophy, if you present them with big books with big words and things that they don’t really understand. The point of a kid’s book is to be understandable for kids. I have read some kids’ philosophy books where there are no pictures and it’s tiny lettering. On the front of the book it says “philosophy for kids”, and it’s clearly not for kids. I feel like a good philosophy book for kids needs to have either bigger writing or less writing.

All the philosophy books I have picked for this interview are really meant for kids. They are written for kids, and what’s great about them is that they all have their own unique questions that aren’t included in the other books.

Zara is a 12 year old who lives in San Diego, California. She is interested in philosophy and psychology and is a keen reader of philosophy books.

Peter Worley on The Best Philosophy Books for Children

Zara is a 12 year old who lives in San Diego, California. She is interested in philosophy and psychology and is a keen reader of philosophy books. 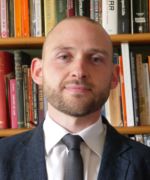 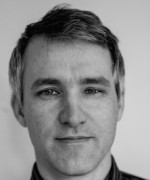 Peter Worley on The Best Philosophy Books for Children