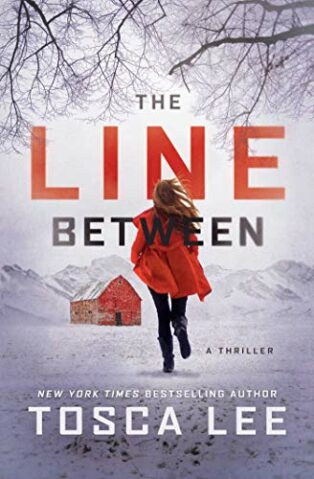 Looking for a fantastic new thriller to read? We asked Tosca Lee, the bestselling author, to talk us through the International Thriller Writers 2021 shortlist. With their amazing characters, palpable tension, unique voices and incredible plot twists these thrillers achieve what every reader is looking for: a book they can't put down.

Welcome to Five Books, Tosca. You are a New York Times bestselling author of eleven novels, and the incoming VP of awards at the International Thriller Writers association. I’d like you to talk us through your organisation’s 2021 shortlist of the best new thrillers. But before we start: what do you, personally, look for in a thriller?

Thank you so much for shining a light on these amazing novels. This last 18 months especially, so many of us have looked to writers and other content producers of all kinds to help us escape reality more than ever. For me, what I look for in a thriller is an adventure. One that will—above all else—keep me turning pages well past bedtime. Isn’t that what we love the best as readers—being unable to put the book down out of the need to know what happens next? These authors are experts at exactly that. Through amazing characters, palpable tension, unique voices and incredible plot twists, these authors have mesmerized readers this last year.

Hardback fiction is only one of the categories in the International Thriller Writers’ awards. Can you talk us through the books that have won in the other categories?

Absolutely. The 2021 winner of best first novel was Winter Counts by David Heska Wanbil Weiden; the best original paperback was What Lies Between Us by John Marrs; the best short story, ‘Rent Due’ by Alan Orloff ; the best young adult novel was Throwaway Girls by Andrea Contos; and the best e-book original novel was A Killing Game by Jeff Buick. 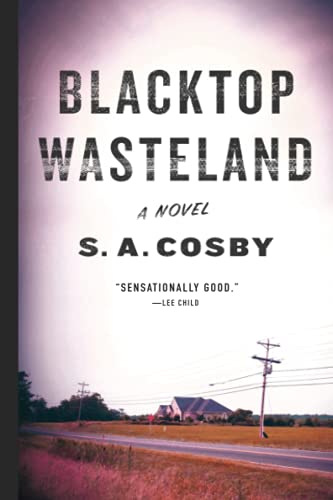 Thanks, a great range there. Let’s talk about the books from the hardback thriller category in more detail. This year the winner was S. A. Cosby’s Blacktop Wasteland. What’s it about?

Author Rob Hart said it perfectly when he called Blacktop Wasteland “the literary equivalent of a muscle car—sleek, a little dangerous, and when it kicks into gear, you hold on for dear life.” This novel is the story of Beauregard ‘Bug’ Montage—an honest mechanic, loving husband, and hard-working dad. He’s also a former getaway driver with a past. As Bug’s carefully-crafted new life begins to crumble, he finds himself drawn back into the world he thought he’d left behind.

And why is it so good—what marked this book out as one of 2021’s best thrillers?

Let’s just talk a moment about S.A. Cosby’s incredible voice and unforgettable characters. Don’t tell me for a moment Bug—or any of the other characters who grace these pages—are not real people. I refuse to believe it. They are too multi-dimensional, too flawed, sympathetic, and too perfectly human. And then there’s the story: gritty, dynamic noir by an author in complete command of his craft. As an author, I read mastery like this with equal parts awe and envy. 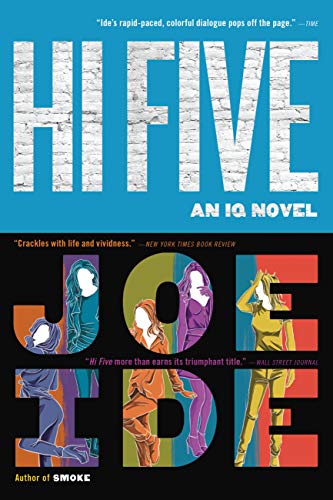 Next up, I’d love you tell us a little bit about Joe Ide’s Hi Five. Could you talk us through the concept?

Hi Five has such an exciting premise: Christiana is the daughter of the biggest arms dealer on the West Coast and the sole witness and number one suspect in the murder of her boyfriend. She’s also got multiple personalities. Private investigator Isaiah Quintabe is forced by Christiana’s father to take the case and piece together the accounts of Christiana’s various personalities in order to protect his girlfriend from the consequences if he fails. This is book four of Ide’s IQ series but stands on its own.

Isaiah Quintabe—IQ for short—is a irresistible take on the iconic Sherlock Holmes, who was a favorite of author Joe Ide growing up. Ide’s settings are razor sharp as IQ’s cases keep getting harder and the stakes higher. But it’s the main character—a scary-smart high school dropout from the hood penned in Ide’s snappy prose—who makes this story a joy to read. 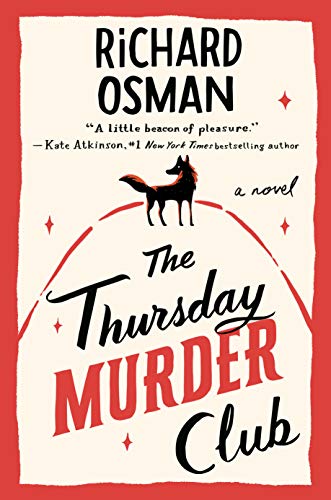 Richard Osman’s The Thursday Murder Club has been a publishing phenomenon here in the UK, only the second book this decade to sell over a million copies (the other being The Tattooist of Auschwitz). But for anyone who hasn’t read it, what’s it about?

Why has it made this 2021 shortlist of the best new thrillers?

The entire scenario and cast is delicious. Lots of narratives are witty and worth a sardonic smile here and there, but The Thursday Murder Club is funny, compassionate, and completely entertaining—an utter treat to read. I mean, how often do you normally giggle or grin while reading about a murder case? Osman has taken a grim genre and made it not only entertaining, but uplifting. 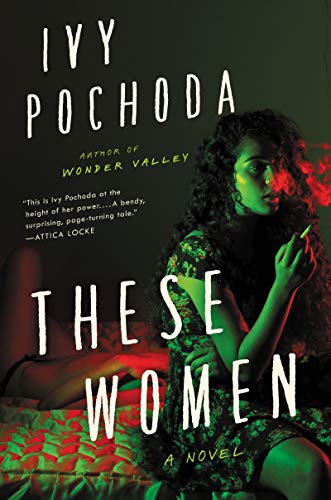 Completely. And his new book, a sequel, is just out: The Man Who Died Twice. Next up on our shortlist is Ivy Pochoda’s These Women, which I’ve seen described as “literary crime fiction“. Does that sound right to you?

I’d say that’s apt. This is a serial killer story that takes place in South Central LA. It begins with thirteen women found dead in back alleys, all of whom are presumed to be prostitutes. But it’s told in such an evocative manner that it becomes much, much more.

This isn’t your typical whodunnit. This is a haunting look at a community of women—not just the victims, but the family, friends and neighbors surrounding the victims—their circumstances, and the setting in which their stories take place. It hops between 1999 and 2014, and is that rare crime novel that compels not just by its plot, which advances with its shifting points of view, but by its insight into gender, privilege, and power. 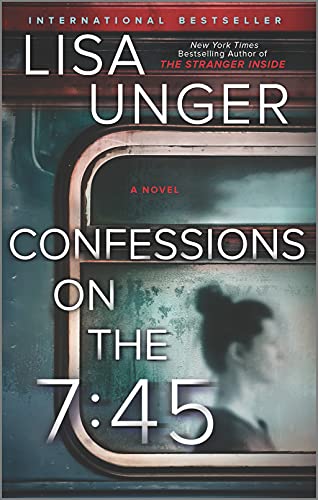 Sounds great. And, finally, let’s talk about Lisa Unger’s Confessions on the 7:45. What’s it about?

This twisty story kicks off with main character Selena, who has known for two weeks that her husband is cheating on her with the nanny. On her train commute home, the woman in the seat next to Selena strikes up a conversation, confessing to sleeping with her boss. Selena, in turn, shares that she suspects her husband is cheating on her. The two part ways and soon after, the nanny disappears, setting off a chain reaction that upends Selena’s life.

It sounds a little like The Girl on the Train. Or even Strangers on a Train. What do you think?

It’s similar only for the train bit and for the fact that the story is a psychological thriller involving (as with The Girl on the Train) a married couple and their secrets. But each of these novels is unique, and uniquely worth enjoying.

This is Lisa Unger showing once again why she’s a master of the genre as she delivers what readers turn to her books for time and again: a twisty, addictive thrill ride of an adventure. This is the very definition of a book you can’t put down and just one more stellar example of how authors continue to enthral audiences.

I have to say, they all sound very good. Do you feel optimistic about the state of the thriller as a whole in 2021?

Oh, so very much. It seems like the bar just continues to go higher and higher—with new twists and turns, more diverse casts of characters, unique premises, fresh voices, and—of course—pulse-pounding storytelling. As an author, it’s a daunting order, but a challenge we welcome and love. For readers of thrillers, 2021 onward will continue to provide an ever-evolving treasure chest of stories and future classics.

Tosca Lee is the New York Times bestselling author of eleven novels including The Line Between, A Single Light, and The Legend of Sheba. Her work has been translated into 17 languages and optioned for TV and film. She is the recipient of multiple awards including two international book awards. Her work has been praised as “deeply human”, “powerful”, and “mind-bending.” Lee earned her bachelor’s degree in English from Smith College. She also studied at Oxford University. A former first runner-up to Mrs. United States, she lives in Nebraska with her husband and two of four children still at home.

Ken Liu on The Best of Speculative Fiction

Tosca Lee is the New York Times bestselling author of eleven novels including The Line Between, A Single Light, and The Legend of Sheba. Her work has been translated into 17 languages and optioned for TV and film. She is the recipient of multiple awards including two international book awards. Her work has been praised as “deeply human”, “powerful”, and “mind-bending.” Lee earned her bachelor’s degree in English from Smith College. She also studied at Oxford University. A former first runner-up to Mrs. United States, she lives in Nebraska with her husband and two of four children still at home. 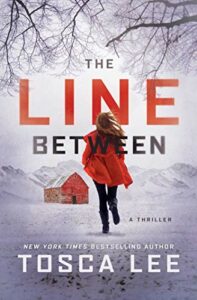 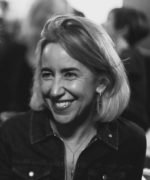 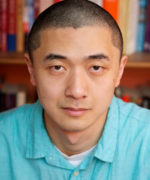 Ken Liu on The Best of Speculative Fiction