The best books on Turkey 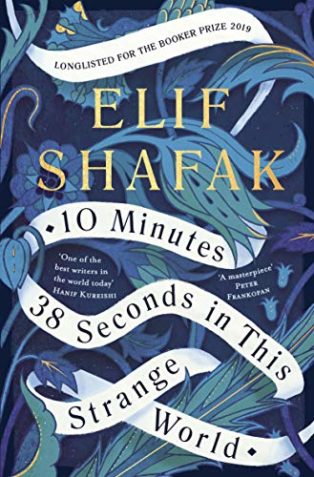 SHORTLISTED FOR THE 2019 BOOKER PRIZE

Turkey’s most read author, Elif Shafak, describes Istanbul as ‘a she-city with a female personality’. She chooses five books on Turkey, including a biography of the she-city in all its vibrant energy and intensity.

SHORTLISTED FOR THE 2019 BOOKER PRIZE

Before we start talking about my five book choices, I would like to give you a bit of an overview of Turkey. I think Turkey is a surprisingly complex and multilayered country. It is a tapestry of many lifestyles woven together with colours so dazzling it is not always easy to discern the patterns underneath. It has a secular political culture and an intriguing history of westernisation/modernisation that goes all the way back to 1789 – the beginning of the reign of Sultan Selim III who is also known as the Reform Sultan. The fact that the country has not been colonised by Western powers in the past is an important detail that sets it apart from many other Muslim societies.

In many ways Turkey occupies a unique place in the Islamic world. I believe reading about Turkey will help people gain a more nuanced insight not only into this special country or the region but also into contemporary world debates.

Let’s start with your first book, Fragments of Culture: The Everyday of Modern Turkey by Deniz Kandiyoti & Ayse Saktanber.

This is one of my favourite books and an excellent gateway to Turkey’s social, cultural, and political complexity. It is composed of numerous articles by leading scholars in different fields and is therefore, quite multi-disciplinary. Herein you will read well-observed and well-analysed essays on a variety of subjects, ranging from language to cinema, black humour to the globalised new middle class. When it was first published it was a true groundbreaker and is today still very relevant and informative.

There are two other reasons why I recommend this book. Firstly, it quite innovatively focuses on the sociology of daily life in an ever-shifting, ever-changing society. ‘Daily life’ is an area that has generally been ignored in the literature on Turkey. Many of the books about the country tend to concentrate on its political machinery, state institutions, and/or ideological formation. But as you turn the pages of this book you will feel the pulse of the society.

Secondly, this book is gender sensitive. There is no other way to put it. There are several essays that deftly analyse the inner workings of a patriarchal society. Not only that; those identities that have been marginalised and have formed subcultures of their own, like the transsexuals of Istanbul. I would put a rainbow flag somewhere on the cover. So for me Fragments of Culture portrays a colourful, diverse, dynamic and shifting society with its many actors and conflicts. 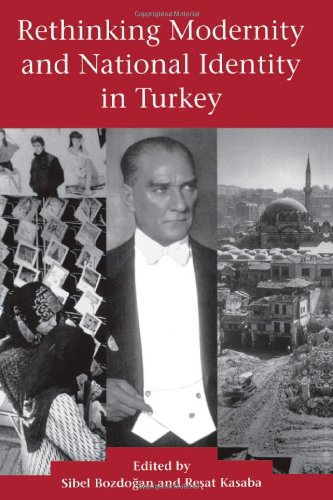 Tell me about your next book, Rethinking Modernity and National Identity in Turkey by Sibel Bozdogan & Resat Kasaba.

Turkey has gone through a tremendous transformation after the 1980s as its state institutions, political and cultural elite and the role of the army have been opened up to discussion. Here is a book that sheds light on this bouncy journey and helps us to understand better today’s debates and conflicts.

This is a rich, thought-provoking collection for anyone interested in the construction of a nation-state and the Turkish experiment with modernity. It is very inter-disciplinary, drawing upon fields such as history, political science, architecture, popular culture and urban planning.

The question of how a national identity is formed, consolidated and internalised is one that preoccupies scholars and journalists alike. This book takes a close look at the formation of a collective identity, and elaborates the myriad discourses about gender, family and nation.

The editors say their aim is not to come up with quick-fix solutions or answers, but instead make matters more complicated. And I personally like that. In doing so, they want to show the complexity and diversity of a country which is too often oversimplified by the media and populist politicians everywhere.

There is a remark made by the editors which I find intriguing: ‘If modernity is a project fraught with uncertainty, as we believe it is – we can perhaps say this much: it is alive and well in Turkey.’ 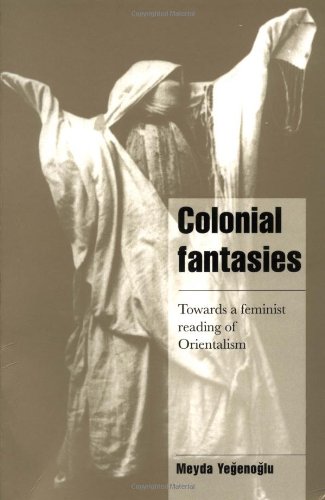 How does your next book, Colonial Fantasiesby Meyda Yegenoglu, help people gain an insight into Turkey?

Though not a book on Turkey per se, I would still recommend this to gain a better understanding of the region, the veil, and the question of ‘otherness’.

How do we create an ‘other’? How do we construct and consolidate the discourses that make us believe ‘we’ are different and better than ‘them’? Yegenoglu elaborates the sexualised nature of Orientalism in an inventive, intelligent way. We are not used to seeing concepts such as ‘desire’ and ‘fantasy’ parading in books on the Middle East, but this book is different.

Yegenoglu’s critical, post-feminist approach explores the western fascination with the veil and the veiled women of the east. It is not a book on contemporary politics, but I believe it helps us to understand how we can and cannot talk about the veil, which is an important and often controversial subject in Turkish, as well as the western media.

And how does it do that?

The writer believes we need to see how the Other is created through sexual and cultural modes of differentiation. So more than the veil per se, it is the perception of the veil that she focuses on. 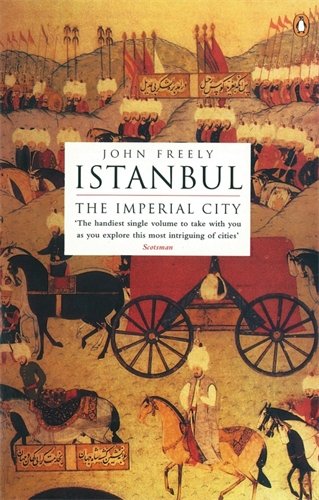 Your next book looks at Turkey’s Ottoman past – Istanbul: Imperial City by John Freely.

Here is a lovely book that is very different from the ones presented above. Turkey cannot be understood without understanding its Ottoman past.

Modern-day Turkey, of course, is very different from the Ottoman Empire. But a grasp of the Ottoman, as well as the Byzantine empires, is important to see the background of this country. As a novelist I find the Ottoman Empire fascinating, the stories and the subjects so rich.

“Turkey cannot be understood without understanding its Ottoman past”

Freely’s book takes us on a beautiful tour and when we come back we feel stimulated, inspired, both spiritually and intellectually. One of the things that I most like about this book is the way it pays attention to daily life, popular legends, and ordinary people, not only to palace intricacies, court etiquette or historical monuments. One learns a lot while reading this book but at the same time one ‘feels’ a lot.

What kind of things struck you about their daily life?

Well, I have always felt that Istanbul had a personality of her own. A she-city. A female personality. And I find this in Freely’s book too. As you turn the pages you read the biography of a she-city, rather than pure, abstract, historical information about a place. He brings the city’s vibrant energy and intensity to the fore. 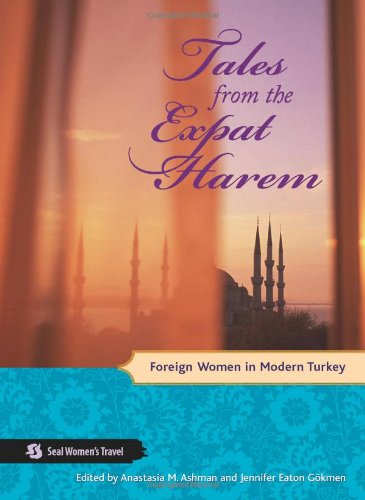 Tales from the Expat Harem

Your final book is Tales from the Expat Harem by Anastasia Ashman & Jennifer Gokmen.

In the academic/journalistic literature on Turkey it is not easy to come across personal stories. Amidst all the macro theories, political analyses, and sociological overviews, I would also recommend this book because it vividly brings out the voices of expat women in Turkey today. Some of them are married to Turkish men, some of them are working or raising their kids in Turkey, and some of them have travelled throughout the country and never forgotten their experience.

It is a colourful, humanistic and sincere collection of women’s voices. In this book you will find cultural, social and everyday life details you wouldn’t easily encounter within the confines of mainstream academic literature.

Can you give me some examples of that?

Well, there are intriguing stories, such as how an American woman from Tennessee finds herself in a village in Anatolia and through the experience she has there with the locals, she connects back to her own childhood. There are lots of stories here. The cultural shocks but also the heart-warming connections built across cultures.

Elif Shafak is an award-winning novelist. She is the most widely read writer in Turkey and writes fiction in both English and Turkish. Shafak is also a political scientist, focusing mainly in contemporary western political thought and Middle Eastern studies.

Turkey
Save for later

Elif Shafak is an award-winning novelist. She is the most widely read writer in Turkey and writes fiction in both English and Turkish. Shafak is also a political scientist, focusing mainly in contemporary western political thought and Middle Eastern studies. 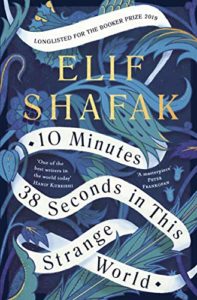 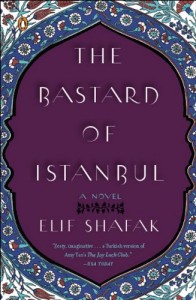 The Bastard of Istanbul
by Elif Shafak 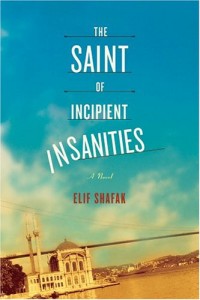 The Saint of Incipient Insanities
by Elif Shafak 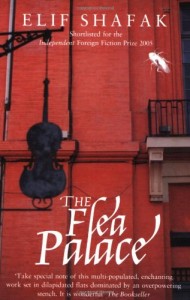 The Flea Palace
by Elif Shafak 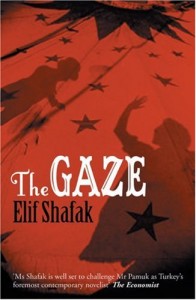 The Gaze
by Elif Shafak 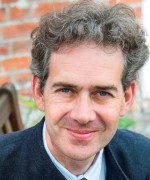 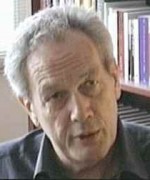 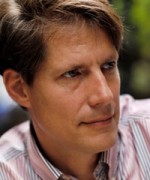 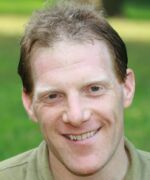 American president Richard Nixon will be forever remembered for his role in the Watergate scandal and his resignation in 1974, a blow for a man obsessed with his image who hoped to be remembered as a peacemaker on the global stage. Here historian David Greenberg, a professor at Rutgers, recommends books on a man who elicited very strong emotions, both for and against.