In Search of Isaiah Berlin: A Literary Adventure

“The absolutely fascinating book I’m reading at the moment is Henry Hardy’s In Search of Isaiah Berlin. Henry Hardy had this incredible relationship with Isaiah Berlin. Most of Berlin’s ideas were made public in lectures, radio talks and essays that were published all over the place, not necessarily in philosophical journals. They appeared in magazines, often in several different versions.

For over 25 years or more, Henry Hardy worked closely with Isaiah Berlin to bring these out in the form of edited books—to add appropriate footnotes giving sources, and so on. Berlin was a very brilliant, eclectic thinker who was constantly drawing on quotations and allusions to different thinkers. Sometimes he got them slightly wrong and Henry Hardy worked with him to make a more scholarly version of his work and allow it to be disseminated to a much wider readership.

He’s done an amazing service in that, and this book is his memoir, as it were, of that process. It’s really fascinating for anybody who’s interested in Isaiah Berlin’s writing. You see how much work Henry Hardy was doing and how much it was the result of a negotiation with Berlin who was an eccentric character in many ways. Hardy can be a quite self-deprecatory writer. He’s prepared to admit when he made mistakes and did things that annoyed Berlin. That’s all in the book as well in extracts from letters.

This makes for an absolutely absorbing book, which does also discuss some of Isaiah Berlin’s fundamental ideas, in particular the notion of pluralism, which was very important to Berlin’s thinking. This is the idea that there is no one true ‘final solution’—an unfortunate, but deliberately chosen, phrase, that stressed the existence of many incommensurable ways of living. Liberalism is a philosophical stance that tolerates different views of the good life and Berlin was very much in the liberal tradition of thinking.

Some people accused him of a kind of relativism where anything goes, but Berlin was keen not to become a complete relativist. What pluralism is in relation to relativism, that kind of delicate question, Hardy discusses from the most informed position possible because he worked very closely with Berlin and with his writings. And because Henry Hardy is a highly intelligent thinker in his own right, he engages critically with Berlin’s ideas, and points out when he’s being inconsistent. So this book is a delightful read. Even when it seems to be just discussing the copyright or of a particular essay or something very specific, it’s also about the way that these two people worked together. Though it may require a special taste, it’s a book I recommend.”— Nigel Warburton, Best Philosophy Books of 2018

Other books by Henry Hardy 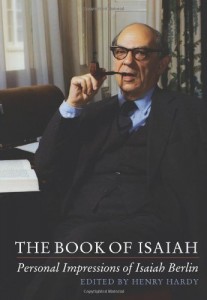 The Book of Isaiah: Personal Impressions of Isaiah Berlin
edited by Henry Hardy 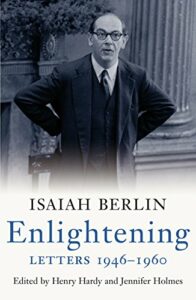 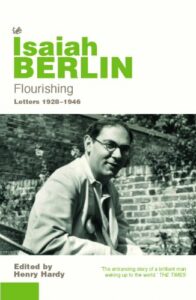 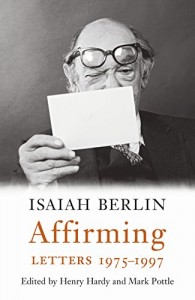