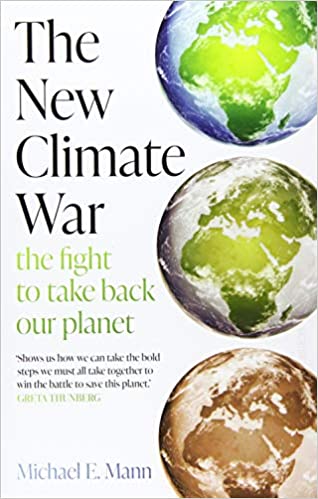 The New Climate War: The Fight to Take Back Our Planet

In The New Climate War Michael E Mann, Distinguished Professor of Atmospheric Science at Penn State, analyzes why we seem to be unable to move forward with combating climate change and pins the blame firmly on corporations. Like tobacco companies and gun makers in the past, fossil fuel companies deflect attention. A graphic novel by Mann book has been previously recommended on Five Books, by Professor Naomi Oreskes of Harvard, who recommended it among her books on ‘the politics of climate change’.

The implications of this latest book are critical for how we, as individuals, take action. As Mann writes, “Personal actions, from going vegan to avoiding flying, are increasingly touted as the primary solution to the climate crisis. Though these actions are worth taking, a fixation on voluntary action alone takes the pressure off of the push for governmental policies to hold corporate polluters accountable. In fact, one recent study suggests that the emphasis on small personal actions can actually undermine support for the substantive climate policies needed.”

“Personal actions can’t do any harm, but he says that focusing on individual behaviour—have you lagged your loft or stopped eating meat—is a rather devious deflection tactic. He’s unhappy with it being the major focus of attention, and actually thinks it’s a new form of climate denialism. So it’s a strong book and I think that as well as the very pressing urgency of the problem, it gets on the shortlist because it’s written in a way that does generate some feeling. It’s probably one of the strongest polemics to make the list since we started the prize.” Read more...

Other books by Michael E Mann 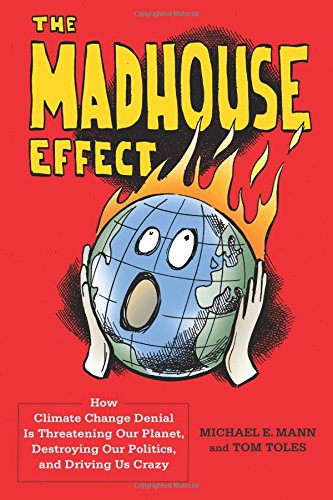 The Madhouse Effect: How Climate Change Denial is Threatening Our Planet, Destroying Our Politics, and Driving Us Crazy
by Michael E Mann & Tom Toles