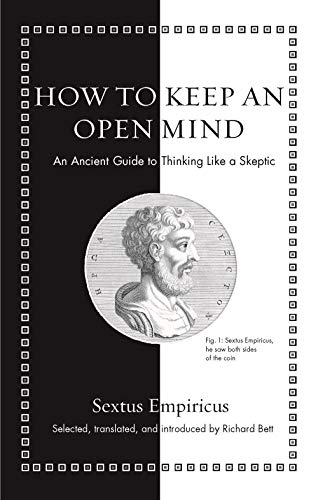 How to Keep an Open Mind: An Ancient Guide to Thinking Like a Skeptic

How to Keep an Open Mind is a great primer on the ancient Greek philosophy of skepticism, put together by Richard Bett, a professor of philosophy and classics at John Hopkins University. A wonderful introduction puts the philosophy in context, comparing the ancient Greek or Pyrrhonist tradition of skepticism with what we mean when we describe someone as ‘skeptical’ today, and looking at what its value in the modern world might be.

As with all the books in the Ancient Wisdom for Modern Readers series, Bett then selects passages from Sextus Empiricus—the only Greek skeptic whose works have survived—and translates them, also providing the original Greek on facing pages.