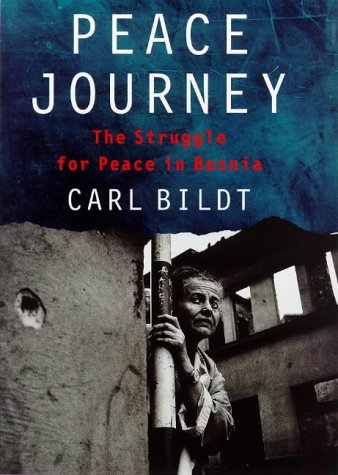 Bildt’s job was to try and create a political dispensation after Dayton that would bring the Croats, Serbs and what were called Bosniaks – Muslim Bosnians – into some sort of structure, so that they could work together after the war in Yugoslavia. What the book shows is this remorseless 20-hour-a-day routine. I think it does project the many-sidedness of modern interventions. They are thought of as peacemaking, as seeking to entrench peace, as being about economic development, but there actually are so many dimensions – from the media, to how the courts operate, to policing.