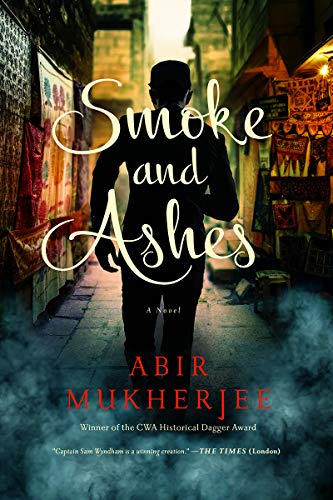 Smoke and Ashes is the third book in a series featuring Sam Syndham, a policeman in the Imperial Police Force of Raj-era India, as the chief protagonist. It’s set in Bengal and specifically Calcutta (now Kolkata), after the capital of the Raj has moved to Delhi. In the background looms Gandhi and his bid for swaraj, or independence, by non-violent resistance and the tricky aspects of dealing with that for the authorities, of whom Captain Wyndham is one. It’s quite a light read and doesn’t take itself too seriously.