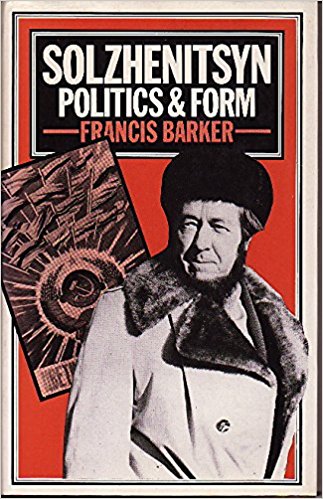 This is a book hostile to Solzhenitsyn, an unashamedly Marxist critique of him. It is an intelligent, book, though one I happen to disagree with, but that doesn’t matter. It’s a good example of the confusion that has been sewn by the sequence of publication of Solzhenitsyn’s work in the West. If I survive to finish the book I have started, it will be on Solzhenitsyn before Ivan Denisovich and will aim to correct some of those errors. Barker’s view is that Solzhenitsyn began with this lean, democratic and open short work, Ivan Denisovich, and went on to write books that became ever longer, more dogmatic, nationalistic, mystical, and irrelevant – that he became a worse and worse writer throughout his career. But, in fact, he made his first attempt to write Gulag Archipelago in 1958, before he had written a word of Ivan Denisovich.