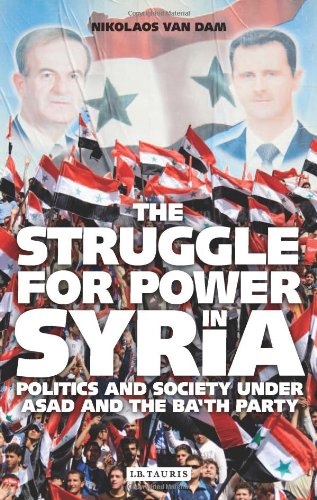 The Struggle for Power in Syria

I saw in the Robert Fisk article about your book that not only is it a must-read on Syria for us foreigners, but that all members of the Ba’ath party have been urged to read it. Do you take that as a compliment?

Yes I do, because generally the subject of sectarianism/tribalism/regionalism is a taboo subject in Syria. People in general, and the regime certainly, react very negatively to any talk about it, saying that it’s untrue, that it’s all polemic. They banned my book, but when the Arabic version was published in Cairo they brought big quantities with them from Cairo to Damascus and copied them. I see it as a compliment, because as Fisk says, it’s a highly critical book. The fact that they – and their opponents – took it seriously is a good thing. If you were to officially ask them they would not admit that, of course. My book has, by the way, also been used as obligatory literature in universities all over the world—Nikolaos van Dam

Other books by Nikolaos van Dam 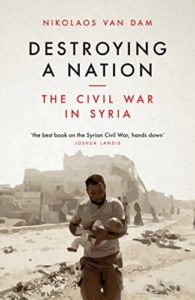 Destroying a Nation: The Civil War in Syria
by Nikolaos van Dam