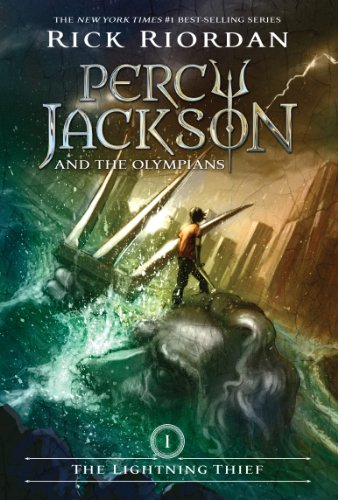 The Lightening Thief is the first book in the Percy Jackson and the Olympians series by Rick Riordan. “You need to read all the books in order, because each has major character developments and new characters, and if you don’t, you’ll get extremely lost” according to Alex who gave us his best Rick Riordan books.

Probably the most noticeable feature of Harry Potter is that kids get completely addicted to them. Which other series are like that? Top of our list is the Percy (aka Perseus) Jackson series by ex-English teacher Rick Riordan. Combining Greek myths with modern America (Mt Olympus is now on top of the Empire State Building) and learning difficulties with special powers (dyslexia helps with reading ancient Greek), there is a lot to love about this series, which seems to captivate kids anywhere from age 8 to age 14. If Harry Potter is set in Hogwarts, the Percy Jackson series is set at Camp Halfblood, a summer camp in Long Island, and it is from there that the adventures start out. If Harry has Hermione and Ron, Percy has Annabeth and Grover. We have a full interview about the best Rick Riordan books, though the first book to start with is Percy Jackson and the Lightning Thief.

There are a number of other series that are extremely addictive to kids, but to keep this short and vaguely objective, we’re limiting ourselves to the books that have attracted huge fan fiction followings. Right behind Harry Potter is Twilight by Stephenie Meyer, a series about vampires that’s been hard to miss because it got turned into a series of blockbuster movies as well. These are really young adult novels, because while they’re not explicit (Meyer is a Mormon so no drinking, smoking or sex before marriage) the main plot driver is romance or sexual tension, which does not go down well with many under 12s. That said, the writing in Twilight is very accessible, the teenage angst palpable, the plot more-ish and the setting in Washington state very atmospheric—so definitely worth reading the books before your imagination is compromised by seeing the movies.

Other books that attract huge fan fiction followings are: The Lord of the Rings (on which more, below), The Hunger Games and Warriors. The Hunger Games series is accessible to ages 11 and up and while, as parents, it’s hard not to be horrified at the dystopian world that’s portrayed, kids generally seem to enjoy it. It’s yet another highly readable book that’s been made into a blockbuster movie, so again, make sure to read the book first.

Last on our list is the Warriors series, which has not (yet) been made into a film. It’s about a world of cats and, we can confirm from personal experience, is a completely addictive series of books for kids aged up to around 12.  The first book in the series to start off with is Into the Wild. Warning: there are a lot of books in the Warriors series, so unless you live near a library or money is no object, be careful before getting started on them.

Other books by Rick Riordan 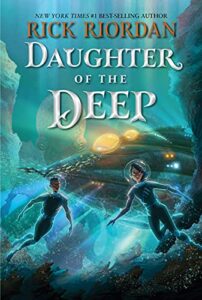 Daughter of the Deep
by Rick Riordan 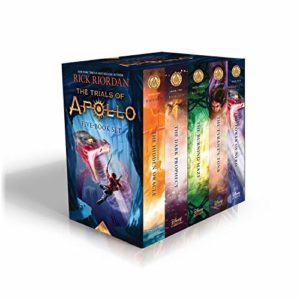 The Trials of Apollo Boxset
by Rick Riordan 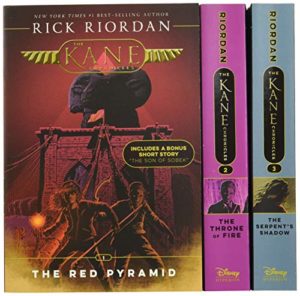 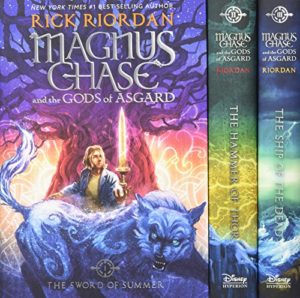 Magnus Chase and the Gods of Asgard Boxset
by Rick Riordan 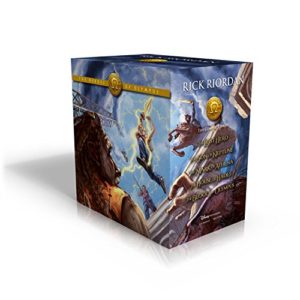 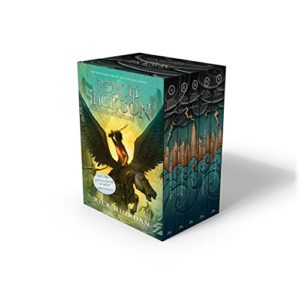 Percy Jackson and the Olympians Boxset
by Rick Riordan