Loved Dune? We think you’ll like these books too 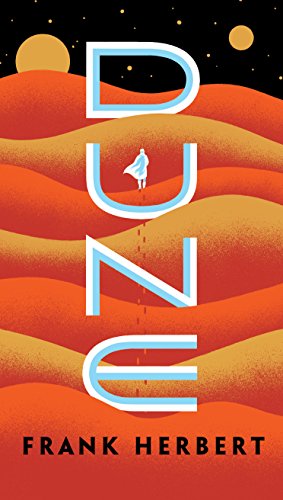 Frank Herbert's science fiction epic Dune, first published in 1965, is finding a fresh audience thanks to a new, big-budget Oscar-winning film adaptation starring Timothée Chalamet and Rebecca Ferguson. If you have recently read the book and find yourself now with a hitherto-unexplored hunger for space opera, here are five novels that we think you'll like if you enjoyed Dune.

Dune is one of the bestselling science fiction novels of all time. It is set in the distant future, in a time when an interstellar empire presides over planetary fiefdoms. We follow members of the House Atreides as they take control of the desert planet of Arrakis—known as ‘Dune’ for its shifting sands and frighteningly inhospitable climate. Dune is a richly imagined vision: Herbert conjures up entire cultures and alien ecologies, which stay with you long after you finish reading.

There are six books in the original Dune saga, and more than a dozen more were written after Herbert’s death by his son Brian and the author Kevin J. Anderson. But if you’ve read them all, or are simply looking for some other sci-fi classics with a similar flavour, then here are five more books like Dune that we think you might enjoy.

Like Dune, these books by Isaac Asimov consider the workings of a vast intergalactic empire—although Asimov sets out to portray the collapse of this ancient civilisation, and the efforts taken to preserve its scientific knowledge and culture so as to ultimately enable the founding of a new empire. Asimov was reportedly inspired by Edward Gibbon’s The History of the Decline and Fall of the Roman Empire, as well as Arnold Toynbee‘s theories on the cycle of history. The original Foundation trilogy was published in the 1950s and are considered masterworks of science fiction; other authors have written books set in the extended universe with the permission of the Asimov estate. If you’ve never read them, the Foundation books are your perfect next step: it’s a series with enormous scope and ambition.

The Left Hand of Darkness

The Left Hand of Darkness
by Ursula Le Guin

The Left Hand of Darkness is probably Ursula le Guin‘s most famous book. Like Dune, it allows us to explore a complex alien culture through the eyes of a visitor; in this case, the diplomat Genly Ai who has arrived on the planet of Gethen as part of a mission to persuade its inhabitants to join the Ekumen, a loose confederation of planets. Gethen, like Dune‘s Arrakis, has an extreme climate; at one stage, Ai treks with a Gethen native across an ice sheet for 80 days, almost losing his life in the process. And like Dune, we are introduced to an alien religion with prophetic elements. The Left Hand of Darkness is best known as a study of gender—the residents of Gethen take on characteristics of both sexes, but only at certain times, and this has profound impacts on its culture and social hierarchies. Fascinating and thought-provoking. 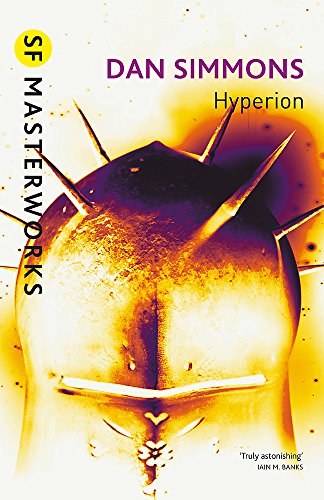 Dan Simmons’ space opera classic borrows its structure from The Canterbury Tales: essentially it comprises six novellas—the stories of various pilgrims who are meeting on board a ship that will take them to meet an mythical creature known only as ‘the Shrike.’ We hear from the Priest, the Soldier, the Poet, the Scholar, the Detective, and the Consul, each of their stories revealing the larger plot a little more. Like Frank Herbert’s Dune, one is left with the sense of a vast and intricately imagined fictional universe—populated with desert planets, ocean worlds and replica Earths—which Simmons would continue to explore in the three further books in the ‘Hyperion Cantos.’ 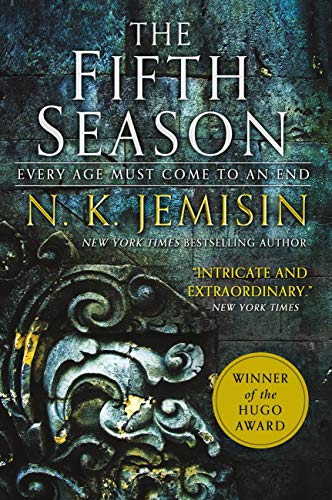 The Fifth Season
by N.K. Jemisin

The Fifth Season introduces an alternate, far-future Earth where a single, Pangea-like continent is wracked with natural disasters. The ‘fifth season’ of the title is what the planet’s inhabitants call recurring periods of catastrophic climate change; we witness the start of one in the opening sequence, wherein a powerful ‘orogene’—a human born with the power to manipulate the Earth’s crust, causing earthquakes, volcanic eruptions and rifts—tears the land in two. In this, and its sequels The Obelisk Gate and The Stone Sky, N.K. Jemisin offers a rich fusion of science fiction and fantasy, so these books will suit you if you liked the theological and supernatural elements of Dune, like the Bene Gesserit. Notably, all three books in this ‘Broken Earth’ trilogy won Hugo Awards. The New York Times called it “the 21st-century fantasy trilogy that changed the game.” 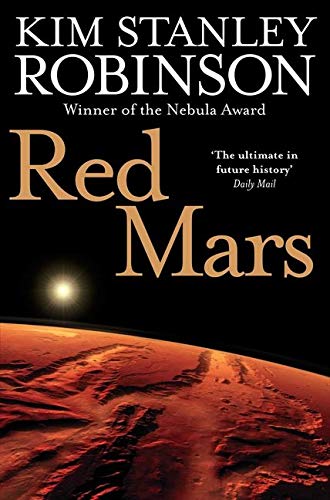 Those who enjoyed Dune primarily for its sense of place—those searing days of relentless heat, the shifting sands, the blinding dust storms—may be interested in Kim Stanley Robinson’s Red Mars, the first of his acclaimed Mars trilogy, in which an international expedition lands on the cold and barren planet with ambitious plans to establish new human colonies there. Red Mars is much more of a hard science fiction book, greatly taken up with the practicalities of terraforming—there are diagrams—but if you like your political wrangling and acts of war interspersed with planetary physics, this is the book for you. (If so, I think you will also enjoy this impressive visualisation of the Arrakis climate, as modelled by research scientists from the data Herbert provides in Dune.)