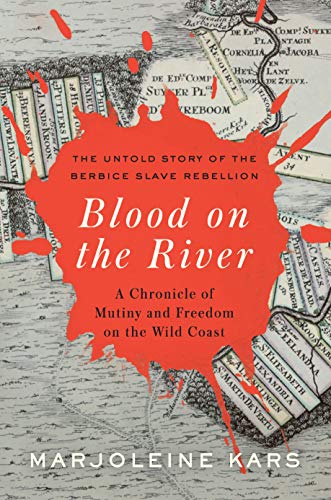 Blood on the River: A Chronicle of Mutiny and Freedom on the Wild Coast

This is the story of a massive slave rebellion in 1763 in what is now Guyana, on the northeast coast of South America. At the time, it was a Dutch colony, known as Berbice. Though it took place right at the start of the 'Age of Revolutions' that would transform the world, many of us have never heard of either the colony or the enslaved Berbicians who rebelled against it, described in the book as "among the most oppressed people in the Atlantic world." They nonetheless managed to take over the colony and hold onto it for more than a year. It's an extraordinary story, told in extraordinary detail by Marjoleine Kars, a professor of history at the University of Maryland, thanks to a treasure trove of documents she found in the national archives in the Netherlands.

Blood on the River: A Chronicle of Mutiny and Freedom on the Wild Coast
by Marjoleine Kars