“She writes what I think is an extraordinary work. It’s written in about two weeks. At first, it’s anonymous. The second edition bears her name. It’s a mix of all kinds of things but attacking Burke is her starting point. She attacks him for being disrespectful to a well-respected minister. The most surprising thing happens in that text: because of Burke’s critique of the appropriation of Church property, she latches onto property. She focuses on marriage and how society’s obsession with property and its accumulation distorts the relationship between parents and children, and between men and women.” Read more... 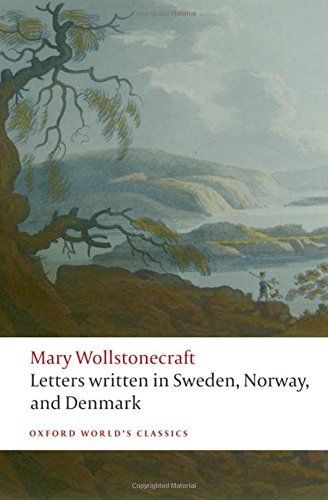 “When Wollstonecraft was writing in the late 1700s, there was a widespread belief that women didn’t have the same mental capacities as men, that they weren’t suited to study things like mathematics or science or philosophy. She argued that wasn’t true—women just weren’t educated in these things. If we were all educated the same, women could participate as well as men. She’s best known as a philosopher and in particular as a feminist philosopher, but she also wrote this travel book.” Read more...

The Best Books on the Philosophy of Travel

Interviews where books by Mary Wollstonecraft were recommended

Mary Wollstonecraft lived by her pen and wrote trenchant critiques of the role of women and marriage in late 18th century British society. She died aged 38, a few days after giving birth to her second daughter, Mary Shelley. She is often remembered for writing the Vindication of the Rights of Woman, but it was not in fact her best book, says Cambridge intellectual historian Sylvana Tomaselli. Here, she recommends books to read to get a good understanding of the extraordinary Mary Wollstonecraft, and the writers she was both influenced by and reacting against.

The Best Books on the Philosophy of Travel, recommended by Emily Thomas

The Best Books on the Philosophy of Travel, recommended by Emily Thomas

At its best, travel broadens our minds, expands our horizons and allows us to see the world we live in differently. But it has also played an important role in the history of philosophy. Emily Thomas, author of The Meaning of Travel: Philosophers Abroad, explores the connections between her two passions—philosophy and travel—at a moment when most of us are unable to leave our houses: perhaps the perfect moment to reflect on travel’s significance for human beings.

Letters written in Sweden, Norway, and Denmark
by Mary Wollstonecraft