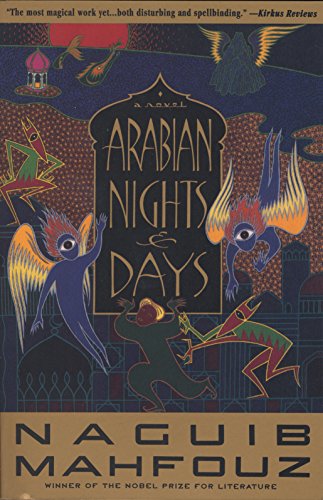 Arabian Nights and Days: A Novel

“It’s a sequel. Scheherazade has told all these stories and the king, Shahryar, who used to kill a wife every night, has said his troubled mind is finally at peace. He’s ‘magnanimously’ granted her freedom and she no longer has to keep telling stories. Arabian Nights and Days goes out into the streets outside. It’s a sort of multiverse of 1001 Nights where you have various characters from the stories who happen to be living around the place where the stories are being narrated. You have Sinbad telling the stories of his sea journeys. You have Kamar al-Zaman, who’s a very beautiful figure in one of the stories. One story that Naguib Mahfouz tells is about two djinnis who have a debate about who’s the most beautiful person in the world. There’s a boy and a girl and they can’t decide. So they bring them together to find out who’s more desperate to love the other, as a way of judging their beauty.” Read more... 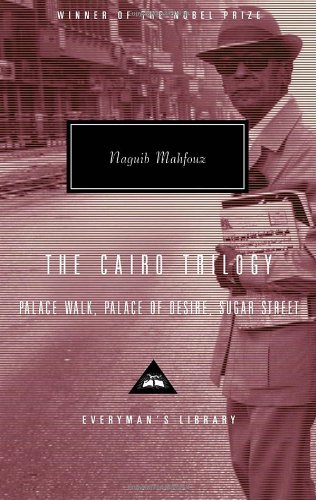 “I think first of all that it is a great literary treat. I believe it is a really captivating novel…In my view, what Mahfouz has done brilliantly is to dissect the rich life of the middle class of that multifaceted city and presented it to his readers; he made the readers experience what it feels like to be a middle-class family in the first half of the 20th century in Cairo. This was a very interesting time because Cairo was slowly shedding its conservative Islamic heritage and more or less embracing Westernism. Through tracing the three generations of the family at the centre of the novel you see the change.” Read more...

The best books on The Arab World

Interviews where books by Naguib Mahfouz were recommended

The best books on The Arab World, recommended by Tarek Osman

The best books on The Arab World, recommended by Tarek Osman

Arabian Nights and Days: A Novel
by Naguib Mahfouz

The Cairo Trilogy
by Naguib Mahfouz