An area I chose to write reviews on was “acts of genocide”. This was a term that the US government official chose to use when questioned about the Rwanda genocide by the media. It’s quite a dark subject to comment on, but I have read a number of books dealing with genocide. One of the disturbing things of a genocide is that most successful ones, if that is what you can call them, make sure that they try to cover up all that remains and make sure there are no survivors. For the most part, the Turks with the Armenians, Mugabe with the Ndebele tribe, Saddam Hussein with the Iraqi Kurds have all tried to do that. The word “genocide” has been in the news lately with what is happening to the Uighurs in western China these days, so I thought my five books would be on interest to your readers. 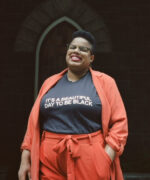