These five books are what I believe to be the most essential readings for the elaboration of a rigorous “mathematical philosophy”. This, crucially, I take to be different from “philosophical mathematics” ––which is a degenerate, toy philosophy buried within mathematics qua first-order, set-theoretic classical logic –– as well as from the “philosophy of mathematics”, which wrongly, in my view, places the Cart in front of the Horse. That said, it might be most akin to the “mathematics of philosophy”, yet even that can just sound like a bricolage of mathematical tools that, when needed, helps one philosophize. Nay, mathematical philosophy, as it is expressed in these five books, is very much an intermediary stage of the original mathematical impetus, which eventually, once it descends through the thicket of philosophy, must re–emerge into the world as Systematic Science. 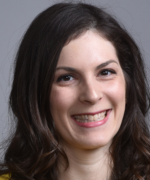