The best books on The Emergence of Understanding 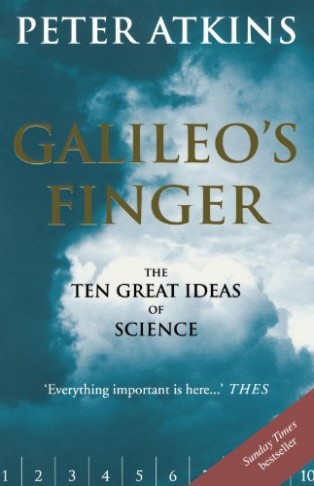 Science is the only way to make sense of the world around us and the scientific method the only way to establish truth, says Peter Atkins, Professor Emeritus of Chemistry at the University of Oxford. Author of several chemistry textbooks as well as many popular science books, he recommends books that track the evolution of our understanding about the world around us, starting with an anthology of sacred texts and ending with Shakespeare.

I was always interested in how things worked, and so moving on from how a piece of clockwork worked to how the universe worked was a natural step. I just think it was a way of discovering things about the world. In my view, science is the only way of learning about the nature of the world. 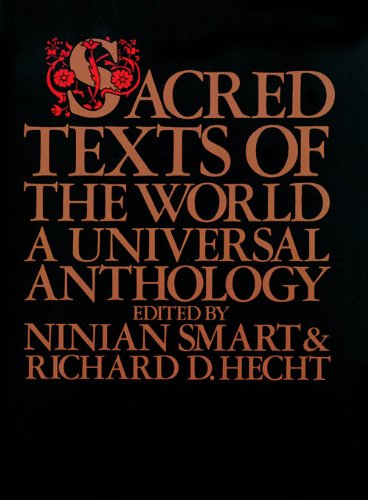 Sacred Texts of the World

That’s an interesting statement in light of your first choice, which looks at one of the earliest ways humans tried to understand their surroundings. This is Ninian Smart and Richard Hecht’s Sacred Texts of the World: A Universal Anthology.

Yes – this is a collection of extracts from sacred texts. It talks about the role of the dead and the myths of Judaism, Christianity, Islam, Hinduism, Buddhism, Jainism, Confucianism, Sikhism and so on. In fact, it includes all of the major religions, as well as small-scale traditional religions. So it is kind of a Cook’s tour of written beliefs, about cosmology and ethics.

And what does it say about the role of the dead?

Smart and Hecht are going back to ancient Egypt and Mesopotamia, and looking at the death industry that grew up around the Pharaoh and the pyramids. No other civilisation has so industrialised the concept of death as Egypt did.

As an atheist, what did you take away from this book?

The fact that people have struggled with serious ideas without comprehension, and have resorted to all sorts of trickery and poetry – I suppose you could say to disguise their ignorance – shows it to be a truly pressing problem for them.  Ancient civilisations all groped for answers to big questions, and came up with all sorts of fantasies – but the fact they groped with these questions is important, because it means that the relevant issues were central to people’s concerns.

What is very clear in your book, On Being, is that you see science as the answer to these questions.

Absolutely. The scientific method is the only reliable method of achieving knowledge. It displaces ignorance without destroying wonder. By that I mean that in, for example, the case of death, science shows what happens when people die and whole solar systems die in the long term. Although there is no comfort in these explanations, there is certainly wonder about the intricacies that are being exposed. 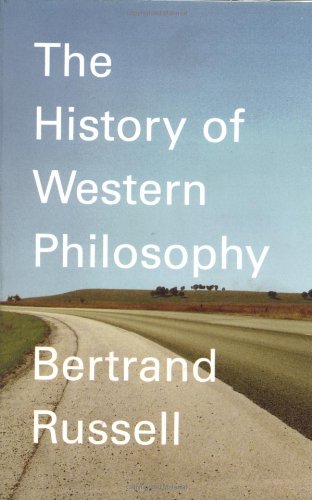 A History of Western Philosophy

Your next choice is A History of Western Philosophy, by Bertrand Russell.

This book represents the sophistication of the ancient beliefs discussed in my first choice. It shows how people have grappled with all kinds of questions relating to knowledge over the centuries going back to Thales and Pythagoras, and then through to John Locke and David Hume. It is fairly modern – although, because it was published in 1945, it doesn’t come up to the present day. It is a summary (although in some people’s eyes, an unreliable one) of a great deal of philosophical thought; it reviews how people have really grappled in a seemingly very intelligent way with very deep questions.

As a scientist, how do you think philosophy can help society? Do you think it does have a place?

Moral philosophy is useful; political philosophy is useful. They help solve those conundrums relating to deportment of individuals in societies. In terms of science, I think it has nothing to contribute. I think science goes out and looks at what the world is like. Philosophers sit around, either reflecting on what the world should be like or telling scientists that they can’t believe their own observations! 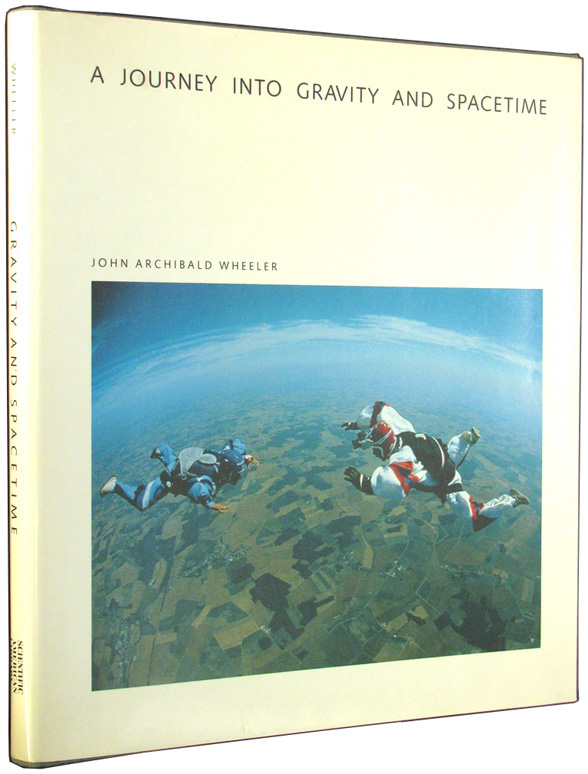 A Journey into Gravity and Spacetime

Tell me about John Wheeler’s Journey into Gravity and Spacetime.

John Wheeler was an extraordinarily imaginative thinker, and is highly visual in the way that he presents very complex ideas. The ideas that he is presenting here, of course, are related to gravitation and Einstein’s general theory of relativity – so he is really looking at the deep structure of spacetime in a wonderfully vivid and fascinating way. It is a very visual presentation of a highly abstract subject.

And can people who don’t have a particularly in-depth knowledge of this area understand what he is talking about?

The book is part of the now-defunct Scientific American Library series, which I have at home. There are about fifty volumes in the series, and they’re all written at the level of Scientific American or New Scientist, so are relatively easy to understand. 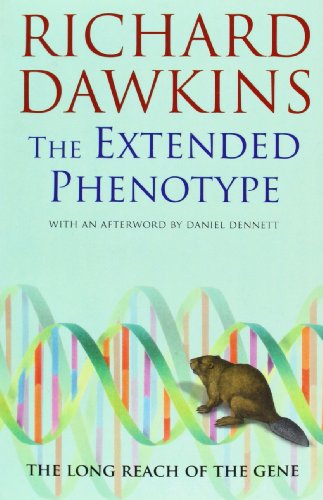 Your next book is the sequel to The Selfish Gene. This is The Extended Phenotype: The Long Reach of the Gene, by Richard Dawkins.

This is one of my favourite books by Richard Dawkins. I like them all, but this is the one that I think is the most imaginative and compelling. It is slightly more technical than The Selfish Gene, but it shows a highly imaginative approach to understanding the nature of the biosphere. The Extended Phenotype is really an explanation of why an organism should not be seen just in isolation, but rather as part of a wider community of organisms and entities. It is a very clever book.

So why do you think The Selfish Gene is better known – or, at least, more widely read?

Because it is easier to read. But this one is worth grappling with.

You’ve been described as a more hardline atheist than Richard Dawkins. Do you think that is a fair comment?

Yes, I do think that is a fair comment – although it is difficult to imagine how one could be harder than Richard.

So what do people mean when they say that?

Well, Richard confines himself to the biosphere, and is much more cautious and has not very much to say about the physical world – on cosmology and all that sort of thing. I span both, and try to span them equally, but perhaps I have a little bit more emphasis on the physical world.

Your final choice is, interestingly, The Tempest, by William Shakespeare.

This was a tricky one to put in. It is one of my favourite Shakespeare plays; it is all about imagination and conjuring worlds, which is also what science does.

Yes, and religion. Prospero is sitting there on his island, which I think really represents the interior of Shakespeare’s head, spinning wonderful tales and casting magic spells. There is a kind of allegory about scientific endeavour in The Tempest which I enjoy. It’s magical, and it is an allegory of human knowledge.

When people are grappling with the big questions of life – for instance, how we come into being, and how we deal with death – what do you think are the important things to consider?

The truth, which should not be deflected by sentiment. Sentiment is all very well when you are having a bottle of wine with your loved one. But when it comes to facing the physical realities of the world – which are the only realities, in my view – then you have to be really hard-nosed, and accept what it is without velveting the description.

Your critics might wonder how you prove that your truth is the truth.

Because there is something called the scientific method, which is an extraordinarily powerful way of assembling reliable information about the nature of the world. I know of no other way of discovering the truth apart from going out to see what the world is like and comparing notes and building theories and then testing them.

But theories can be proved wrong.

Yes, but it is a process of approximation. And some things won’t be proved wrong.

And what about scientists who are also religious? How do you feel they can square that?

This interview was published March 15th, 2011

Peter Atkins is Professor Emeritus of Chemistry at the University of Oxford. He has written several popular chemistry textbooks, including Physical Chemistry, Inorganic Chemistry, and Molecular Quantum Mechanics as well as science books for the general public, including Atkins' Molecules and Galileo's Finger: The Ten Great Ideas of Science.

Peter Atkins on The Emergence of Understanding

Selina O'Grady on The Role of Religion

Peter Atkins is Professor Emeritus of Chemistry at the University of Oxford. He has written several popular chemistry textbooks, including Physical Chemistry, Inorganic Chemistry, and Molecular Quantum Mechanics as well as science books for the general public, including Atkins' Molecules and Galileo's Finger: The Ten Great Ideas of Science. 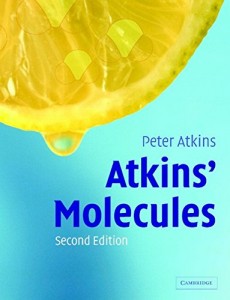 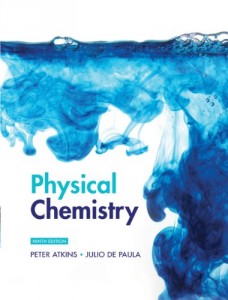 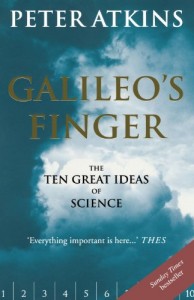 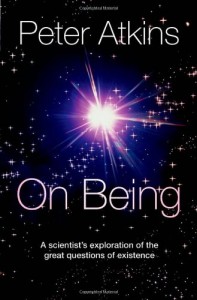 On Being
by Peter Atkins