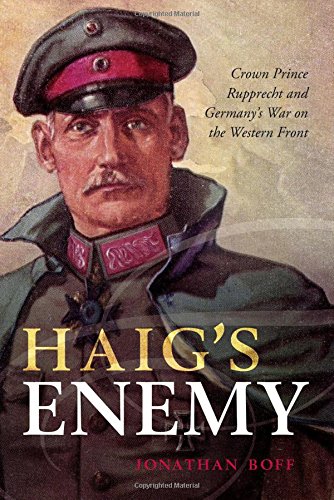 “We’ve all learned about World War I in school, memorized its causes, and lamented its consequences. But familiar as the story is, it is rare, in English, to read the history from the German point of view. For that reason alone, I found this book of great interest. I liked stepping into the shoes of Crown Prince Rupprecht of Bavaria, reading about some of the tragic events in his life, his life on the front, how his Bavarian pride influenced his attitude to the Kaiser and other Prussians in Berlin. Looking at the war through the eyes of one person also made the military tactics and decision-making fascinating to me, because it made them manageable to think about.

This book is by no means a potboiler, and I don’t recommend it as a starting point for someone with no interest in World War I. It’s a serious history. But if you are that way inclined, it’s a good one. Jonathan Boff doesn’t go out of his way to make Rupprecht seem charming, and I daresay he admires him mainly as man who did his duty, at what turned out to be immense personal cost. Nonetheless, it’s always hard, when reading a book, not to identify with the main protagonist. By the end of it, I was really hoping that Germany could end the stalemate and win the war, even though I knew things didn’t turn out that way.” 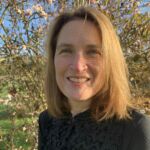 “This is a fantastic book because it tells the military history of World War I through German eyes, specifically the eyes of one of the German generals, Crown Prince Rupprecht of Bavaria. German unification had happened relatively recently so Bavaria had sensibilities and interests that did not correspond exactly with the Prussian Kaiser’s. It’s a tragic tale, because while Rupprecht comes across as a man who gets on and does his duty, he loses everything. I always find in biographies I overly identify with the protagonist, so by the end I was wishing the Germans would win the war.” Read more...

Other books by Jonathan Boff 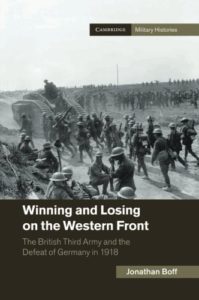 Winning and Losing on the Western Front: The British Third Army and the Defeat of Germany in 1918
by Jonathan Boff