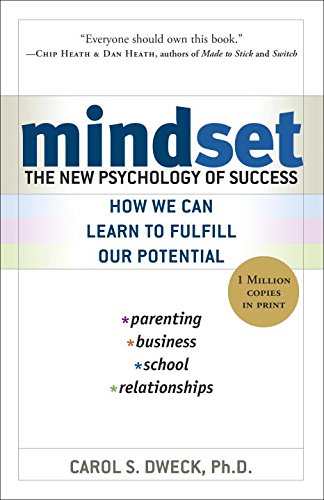 Mindset: The New Psychology of Success

Mindset: The New Psychology of Success by Carol Dweck, the renowned Stanford University psychologist who discovered a truly groundbreaking idea–the power of our mindset.

“Without exaggeration, I’ve never met a CEO who didn’t have Mindset on their bookshelf. It resonates with people who have become successful because the belief that your abilities can grow is foundational to their achievements.” Read more...

The best books on Character Development

“This is great. It’s a self-help book, but it’s written by one of the most well-respected social psychologists. Dweck has done really groundbreaking work over several decades, and found that there are differences in how people think about success and achievement.” Read more...

The best books on Essentialism

“This book can teach you to raise motivated and compassionate children and help them become adults with grit, resilience and compassion.” Read more...

The best books on Educating Your Child

We’ve found that when people have a fixed mindset they often shy away from challenges. For them, deficiencies are permanent and so they are afraid to reveal them. People with fixed mindsets are also not as resilient in the face of setbacks because, again, they see setbacks as impugning their underlying abilities. Challenge-seeking and resilience are key factors in success. As a result, people with fixed mindsets often don’t achieve as much in the long run.

Seeing effort as something shameful is a liability because effort is what takes our abilities to fruition. Since I wrote Mindset I got letters from people who were child prodigies. As youngsters they were told, “You’re so smart you’ll be this, you’ll be that,” but effort was never mentioned. In fact, they thought their claim to fame was that they didn’t need effort to reach greatness. They were mistaken, and as a result they never made much of their abilities. Ability alone does not take you to success. You actually have to work for it.”

Other books by Carol Dweck 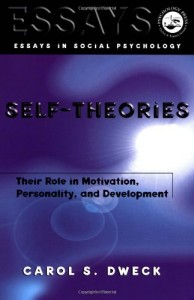 Self Theories
by Carol Dweck