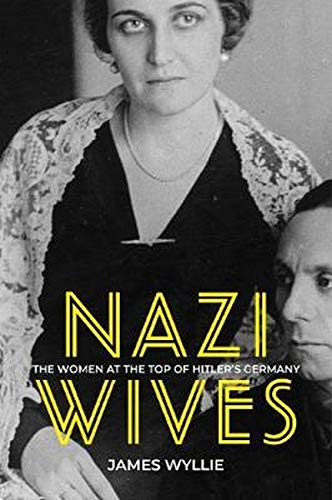 Nazi Wives: The Women at the Top of Hitler's Germany

James Wyllie looks at the lives of the wives of leading Nazis, where they came from, how they got on with each other, how they lived as Nazi “princesses” and what became of them.

In spite of the huge volume of books produced about Hitler’s regime, there is not much coverage of the women of his entourage. Unsurprisingly, perhaps, since the Nazis thought that, ideally, women should be at home producing and bringing up little Nazis.  You might know that Mrs Goebbels was called Magda and that she and her husband murdered their six children before committing suicide and that Hitler’s mistress was Eva Braun, who perished with him in the bunker, but not much more than that.  This book tells the stories of the women whose husbands ruled the Third Reich and offers some fascinating insights into the lives of those women and the domestic arrangements of Hitler and the Nazi elite.