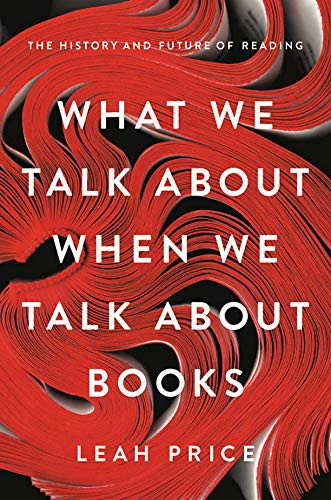 What We Talk About When We Talk About Books by Leah Price is a must read book for anyone interested in the history of the book and its place in society both in the past and today, according to our review.

Leah Price’s What We Talk About When We Talk About Books is packed with fascinating tidbits about books and their readers over the centuries. Price—an English professor and a historian of the book, first at Harvard and now Rutgers—makes shrewd observations across historical time in a concise volume, coming in at just under 200 pages. The first two chapters, far and away my favorites, debunk a lot of the false dilemmas put forward in modern obituaries for the printed word. Most of us have heard these (or some version of them), whether in the news or even, ironically, from friends and family on Facebook: “The novel is dead! No one reads newspapers anymore! The Kindle will decimate libraries! Smart phones cause cancer—or worse, they wreck our attention spans!!”

Like all fearmongering about cultural decay, these arguments skew toward exaggeration; they necessarily spring from the logical premise that everything is, without a doubt, always getting worse. Think about it: to be convinced the novel is somehow newly dead each passing year (it must be exhausted, having died again and again so many times now!) you have to be what Price calls a “nostalgist for print.” You’re either on the side of technology, or the side of the physical book; pro-past or pro-future. In this view, Kindles and iPads become not just a different way of reading, but evidence of Silicon Valley’s thirsty blood-letting of literature—a parasitic trend doomed to continue, vampire-like, until publishers croak and authors become mere ghosts, wandering empty houses with empty shelves.

If you subscribe to this vision of a nightmarish present, centuries past can start to appear like quaint golden ages in which literature was still held sacred: “all printed books were great, and all reading rapt.” But this, Price tells us, was far from the case. Though old dons despair that hardly any students these days really read Samuel Richardson’s Clarissa—which, at a thousand pages, is more of a doorstop than anything else—Price reads eighteenth-century diaries to find it “functioned more as background noise”, read aloud and only half-listened-to. (Not unlike how today you might put on an audiobook or a podcast absent-mindedly while doing housework, or commuting.) Moreover, in the Victorian period, newspaper was evaluated as much for its absorbency—merchants used it to “mop up spills”—as for any purpose it would serve a dutiful consumer of news. The truth that emerges from these motes of history is clear: people have been irreverently repurposing physical books since their invention.

It’s easy to conceptualize “the past” as a family cozily gathered around a hearth, all reading leather-bound volumes of Dickens. Comparing this to a present where public and private spaces alike are filled with occupants glued to iPhones, despair surely results. (Or worse, elitism: the John Waters quote popularized in recent years, “If you go home with somebody, and they don’t have books, don’t fuck ‘em!”, comes to mind.) But really, What We Talk About… tells us, the first readers of those famously fat Victorian novels—David Copperfield, Jane Eyre, Middlemarch—actually paid a premium to rent rather than buy them, not wanting a detritus of paper to pile up in small domestic spaces unawares. Perhaps Marie Kondo’s method isn’t so radical after all, I found myself thinking.

Moving effortlessly from 1748 to 2014 in a few short pages, Price shifts back to consider the e-reader, now considered “one of Silicon Valley’s most spectacular flops.” We’ve always been told that writing out notes results in better retention than typing them up on a computer. Likewise with reading, students in the US, Europe and Japan “report that they understand and remember more on paper” than when reading on smartphones. But in fact, Price relays, when tested, “they score the same on paper as on-screen; nor do physiological measures of their eye movements show any difference between the two media.” Not for the first time while reading this book, I found myself genuinely surprised.

This is what’s great about Price’s book. Not just that it isn’t overly specialist or boring (though true, it’s neither) but that more than anything, it’s surprising. The past is revisited with a clarifying lens that seeks neither to artificially highlight the difference between then and now (“Look at how provincial they were!”), nor to blur the difference into false equivalencies (“The Victorians were bad readers, just like us!”). Rather, we’re prompted to drop our expectations, inspect our biases for what they are, and think fresh. “Compare Facebook posts to Gutenberg’s Bible, and civilization seems to be going down the drain,” Price begins the second chapter. “But compare tweets to indulgences, and it’s much of a muchness.” Maybe a “technology-free reading room” is an oxymoron. What was Gutenberg’s printing press in its day—or even the invention of the mass market paperback during the Second World War in the twentieth century—but a new form of technology?

I finished What We Talk About When We Talk About Books at once newly armed with arguments for dinner parties but also newly humbled. One more example will sum up why: one of the most fascinating facts Price relays is the curious case of the first edition of “the single most popular book in seventeenth- and eighteenth-century America after the Bible”, The New England Primer. Surprisingly, you won’t find it in Harvard’s Houghton Library. In fact, it’s not in most libraries. Why? Because its copies were so often read, dirtied, and shredded that the text is now practically extinct. This is, perhaps, the closest thing to the real death of the book found in the pages of What We Talk About When We Talk About Books.

Yet as I closed the last chapter, I found myself thinking that its reoccurrence now seems a strange, unlikely possibility. The permanent preservation offered by digitized books and online resources, coupled with the flourishing of libraries and bookstores worldwide, reveals that literature is far from dead in the twenty-first century. Books (and their readers, and their histories) have more to teach us, Price seems to be saying, than we could ever learn. But in an age of ever-increasing demands on our attention, learning how to think about them—and how to talk about them—is priceless. I think this book goes a long way toward teaching that skill. 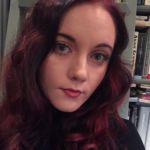 Other books by Leah Price 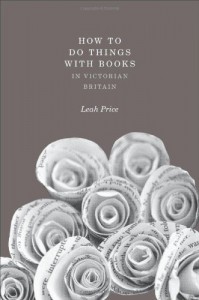 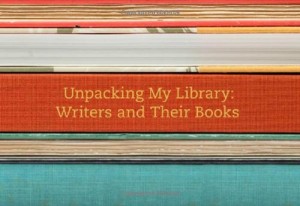 Unpacking My Library: Writers and Their Books
by Leah Price 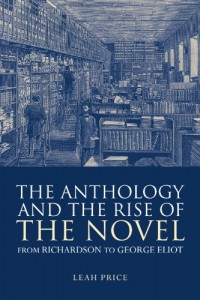 The Anthology and the Rise of the Novel
by Leah Price