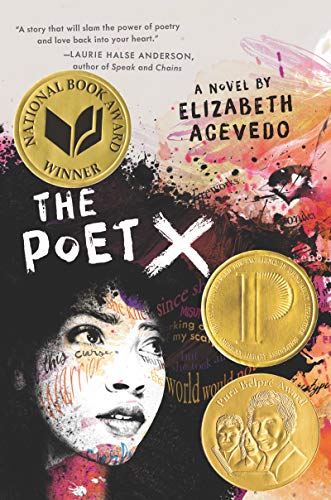 The Poet X by Elizabeth Acevedo has also won the National Book Award for Young People’s Literature and the Pura Belpré Award, which celebrates a “Latino/Latina writer and illustrator whose work best portrays, affirms, and celebrates the Latino cultural experience.”

It’s about a girl (with a twin brother) coming of age in Harlem in New York City. Her mum is religious and would have preferred to be a nun. “If Medusa was Dominican and had a daughter, I think I’d be her,” says the narrator, Xiomara, who eventually finds herself through poetry and the support of an inspiring teacher.

“The story begins in Part 1 – ‘In the Beginning Was the Word’. During this first section the reader becomes accustomed to the unusual style of poetry mixed with novel writing; I personally found it grew on me and at many points felt easier and more natural than a normal novel. These poems are supposedly Xiomara’s diary entries which detail her day-to-day experiences.”

Other books by Elizabeth Acevedo 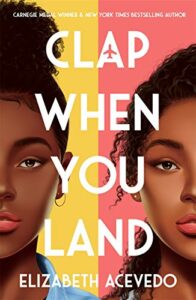 Clap When You Land
by Elizabeth Acevedo 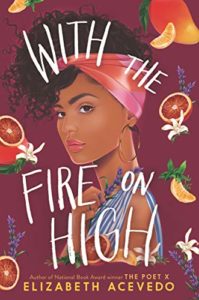 With the Fire on High
by Elizabeth Acevedo