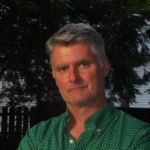 Kevin Mattson grew up in the suburban sprawl known as the Washington, D.C. Metropolitan Area. It was here that he first experienced the “punk rock world” that fuelled his formative years. He played in bands, wrote for zines, and became politically active, helping to cofound the organization Positive Force. He now teaches American history at Ohio University and is the author of numerous books that explore the intersection between culture and politics, including Upton Sinclair and the Other American Century, What the Heck Are You Up To, Mr. President?, and, most recently, We’re Not Here to Entertain: Punk Rock, Ronald Reagan, and the Real Culture War of 1980s America.

Punk is more than just a musical genre. It is an ethos. Channelling one’s anger against the triteness of the culture industry’s offerings can be a spontaneous and creative act of resistance and rebellion. Moreover, as Kevin Mattson shows in this selection of books about punk in the 1980s in America, attending a rock concert by a band like the Dead Kennedys was a formative political experience for a generation of citizens, akin to attending a rally or a party convention. It was a spirit of constructive anarchy that can still channel the political anger of the alienated in the 21st century. 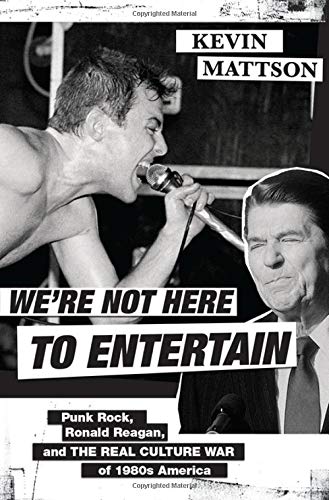 We're Not Here to Entertain: Punk Rock, Ronald Reagan, and the Real Culture War of 1980s America
by Kevin Mattson