The best books on Cooking

The author and food writer talks about honey pancakes, mushy peas, drop scones, choux pastry, baked onions and Winnie the Pooh. Perfect lunch-break reading (as long as you're having a good lunch)

I remember making drop scones from The Pooh Cook Book by Katie Stewart when I was little. What draws you to this book?

This was the first book I thought of when I was thinking of my five books. I just remember it being a big part of my small childhood and I think that the copy I had originally belonged to my mum. I can’t remember any recipes from it, except for one for honey pancakes, yet I remember taking the book everywhere with me. I adored the cover of Pooh in his hat with his pancake frying pan. It has such lovely illustrations with those beautiful line drawings. 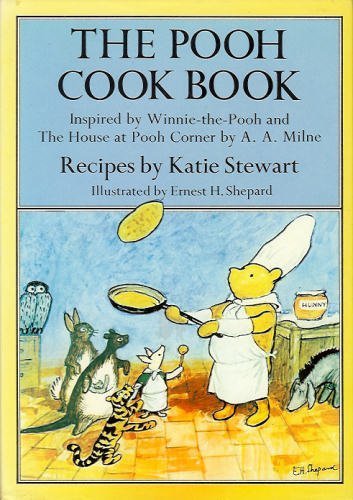 So this book was a really big part of the culinary associations of my childhood, as was my paternal grandmother, who I called Gee-Gee. When I was tiny she used to send me letters with recipes which I now have framed in my kitchen.

What was your favourite of those?

I have a choux pastry recipe from her because we used to regularly make profiteroles.

Well, the funny thing is that back then baking was such an accepted part of everyday life you never thought about things being complicated or not. They were just part of someone’s repertoire, and I think that was a good lesson because I made things that I wasn’t frightened of and then it was only much later when I was a grown-up that I learnt to get frightened of things like choux pastry or souflées, the sort of stuff that people dread making. I was doing it when I was little and then probably got worse at it the older I got! 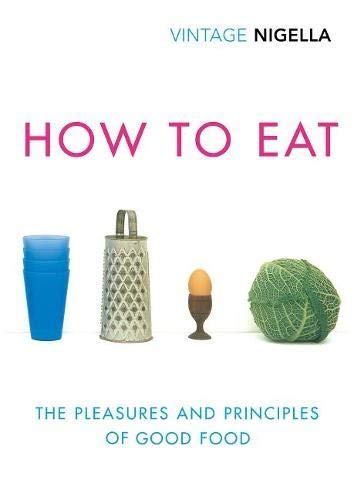 The voluptuous Nigella Lawson is a huge icon. Can you tell me about her appeal for you and, in particular, with her book How to Eat?

Yes, I read How to Eat from cover to cover when I was about 22 and I cooked nearly everything from it. It was her warm self-deprecating lovely tone that really engaged me. I loved the way that she described food. Everything about that book felt accessible. There was none of that preachy it should be done like that – pages and pages of instructions kind of thing. It was just this wonderful, friendly, easy rolling-off-the-page kind of writing.

She seems like someone who has fun with food.

Yes, you feel her passion for good eating when she is both writing and cooking, and I feel the same way about food.

Comparisons have been made between you… Do you see her as some kind of a mentor?

I was and am thrilled to be compared to her. I should be so lucky – I think she’s a goddess!

But sometimes the press set you up as rivals?

Because we were both middle-class women who weren’t trained. There in lay the similarity. I found it depressing that, as a woman who also had a story to tell, I was immediately considered to be aping Nigella. With men who cook there is a media sense of blokey camaraderie, not this immediate desire to pit them against each other, and foster some alleged rivalry.

There has been a bit of a backlash against her from some people because of all the cream and chocolate she uses in her cooking. How would respond to that?

One of the other books we will talk about later (by Simon Hopkinson) is also very creamy and buttery and I think that is the basis of a lot of cooking. But the whole point is that you don’t eat that every day or at every meal. It is so easy to leap on things. I don’t think Nigella is waving a militant finger and telling people to eat like this all the time. You have to have a balance. I was in France recently and the buttery creamy thing is in the very genes of French cooking. It is all about the way you eat it, though, with some awareness. 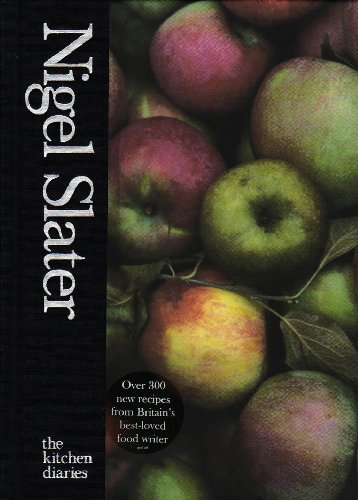 Nigel Slater is another British cooking hero. Why did you choose The Kitchen Diaries from his many cookery books?

I love the simplicity of it and the cosiness of it. You can imagine being at home on a blowy November evening and creating a meal from whatever you happen to have lying around in the fridge. I loved all of his columns in The Observer. He is such a wonderful food writer and cook. He isn’t a trained chef so there is an ease to his recipes. He gives very straightforward practical cooking advice, which is totally up my street.

“I grew up in a family of people who were passionate about food, and greedy, so that is where my love stemmed from.”

With this particular book, he is looking at a year of what he eats, so it is seasonal and atmospheric. You might have something like a crumble on an autumn day, baked onions and other lovely mixes of things. He has this lyrical way of writing about food. I just bought his other book, Tender, and stayed up all night to read it, radiating admiration. He has the same thing as Nigella and Simon Hopkinson – a total infectious warmth in the way he writes.

You loved puddings and nursery food when you were little. What kind of food do you enjoy cooking and eating now?

It is a big mix really. At the moment I am pregnant so I crave anything white and deeply refined! I also like cosy comfort food like fish pies and mushy peas but also more delicate food like a whisper-thin pastry or velouté.

Any strange cravings? I know when I was pregnant I really wanted to eat a broccoli, yoghurt and mackerel salad.

Yuk, no nothing like that, luckily! That really is a hideous one. 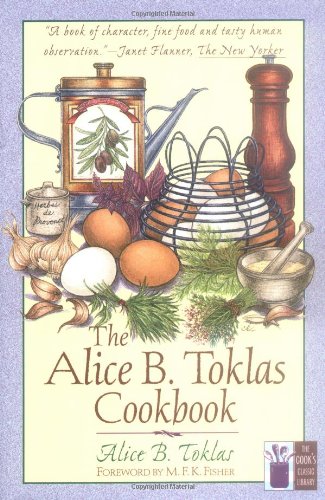 The Alice B Toklas Cookbook

by Alice B Toklas

What about your next choice,The Alice B Toklas Cookbook. This is more of a memoir, isn’t it?

She was an amazing woman. She was Gertrude Stein’s great love as well as being her secretary. So this is a brilliant quirky tale of their travels and what they cook and eat as they go. They also hang out with a host of characters from Hemingway to Picasso. The book goes through pre-wartime France to post-war driving around in this enormous battered old truck, cooking in mess halls for the wounded. And later they went to America. The anecdotal part of it is a dream and also each recipe tells a story.

What is the most memorable one?

There is a very funny one about their housekeeper and their valet, who was her boyfriend. The valet was wicked and evil and abandoned the housekeeper and ran off in the middle of the night. So they named this dish after him because the housekeeper would cook it every night and weep. It was called ‘the Evil Paul’s tart’ or something like that, I can’t quite remember. 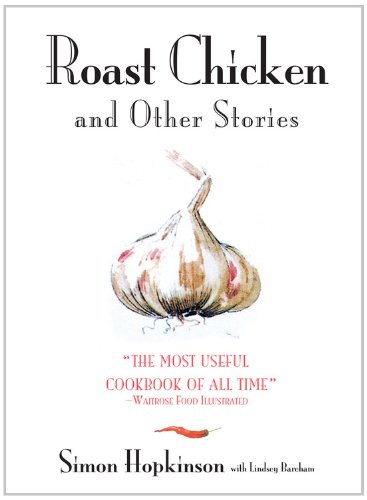 Roast Chicken and Other Stories

You are obviously very keen on Simon Hopkinson because you mentioned him earlier on, so tell me about his book, Roast Chicken and Other Stories.

I love the combination of food and stories. He is very funny, very English and very no nonsense. He was chef at Bibendum and La Tante Claire and has a really extraordinary cooking background, yet he cooks really homely food and describes it in the least snooty way. With this book he has broken it up into ingredients so you have, for instance, garlic, saffron, anchovies, and in each chapter there is a story about each little thing and they kind of dart from one thing to another.

The other book by him which is fantastic is Week In Week Out and I’m guessing that he was quite a big influence on Nigel Slater, and the rest. He could be called the godfather of English food.

I’ve just finished reading Charlie and the Chocolate Factory by your grandfather Roald Dahl to my children. They were blown away by all the amazing descriptions of chocolate and sweets in the book like, for example, the everlasting gobstopper. Have you ever been tempted to create some of those and did the story inspire your cooking?

I have never been tempted to create them because they are just so fantastical, and that is what I love about Heston Blumenthal – we’ve got him to do that sort of thing! Description-wise, this book certainly got the tastebuds going when I was tiny but in the same way that Enid Blyton’s books did as well. I got conned into thinking I’d love boarding school because of the descriptions of the midnight feasts in Malory Towers.

Was your grandfather into food?

Sophie Dahl began her career as a model. Her first book, a novella, The Man with the Dancing Eyes, became a UK bestseller. She is a regular contributor to both the US and UK editions of Vogue and Waitrose Food Illustrated magazine. Her latest book, Miss Dahl’s Voluptuous Delights, was accompanied by a BBC2 cooking show, The Delicious Miss Dahl.

Jonathan Self on Dog Food Books

Becky Krystal on The Best Baking Cookbooks of 2021

Sophie Dahl began her career as a model. Her first book, a novella, The Man with the Dancing Eyes, became a UK bestseller. She is a regular contributor to both the US and UK editions of Vogue and Waitrose Food Illustrated magazine. Her latest book, Miss Dahl’s Voluptuous Delights, was accompanied by a BBC2 cooking show, The Delicious Miss Dahl. 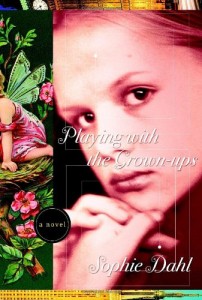 Playing with the Grown-ups
by Sophie Dahl 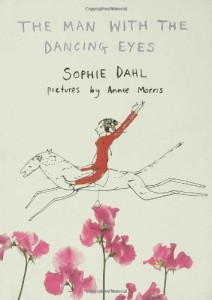 The Man with the Dancing Eyes
by Sophie Dahl 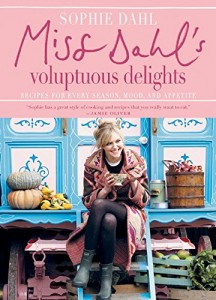 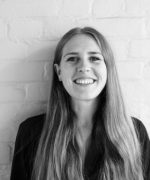 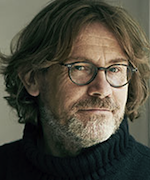 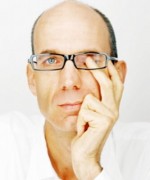 Jonathan Self on Dog Food Books 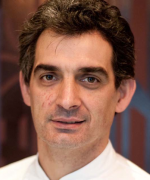 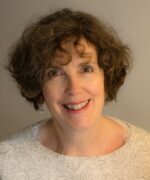