The Mirror and the Light—the final instalment of Hilary Mantel's epic trilogy covering the life of Thomas Cromwell, Henry VIII’s chief minister and architect of the English Reformation—was published to great acclaim this month. Here, Five Books contributing editor Benedict King chooses five of the best books to help you get to grips with the real Thomas Cromwell and the political and religious environment in which he operated. You can watch Benedict talking about his Thomas Cromwell book choices here. 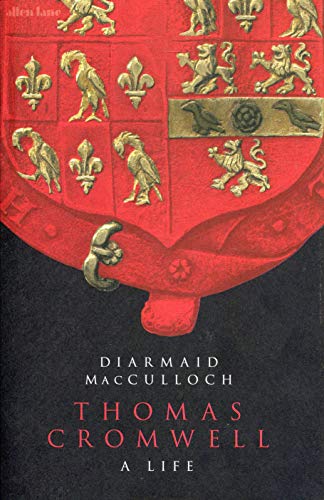 What’s the obvious place to start if you’re looking for books on Thomas Cromwell, the historical figure?

That’s a complete no-brainer. Of all the books you could turn to, Diarmaid MacCulloch’s 2018 biography, Thomas Cromwell: A Life, is the place to start. The book got rave reviews, including from Hilary Mantel. (Indeed, they have both spoken admiringly of each other’s work and and have even done a double act interview, talking about Cromwell.)

Previously MacCulloch has written histories of the Reformation and of Christianity, and a biography of Archbishop Thomas Cranmer. He’s particularly good on Cromwell’s religion and the religious dimension of his statecraft. That is an aspect of the story that earlier constitutional historians, like Geoffrey Elton, underplayed, or saw as a subordinate aspect of the story. He’s also fascinating on how Cromwell’s early career, working for Cardinal Wolsey, provided the perfect apprenticeship for his career as chief minister in the 1530s. It’s a very scholarly book but highly readable.

Do we need to read any other books about Thomas Cromwell? Won’t that one do the trick?

Yes, you do, and, no, it won’t. The politics of the Reformation are extremely complex. It’s easy to read a book like MacCulloch’s on Thomas Cromwell, enjoy it, put it down and then, when someone asks you to explain how Cromwell achieved what he achieved, or why he fell from power, to find oneself completely stumped. It’s not a shortcoming of the book, but it’s helpful to break the story down into its component parts. 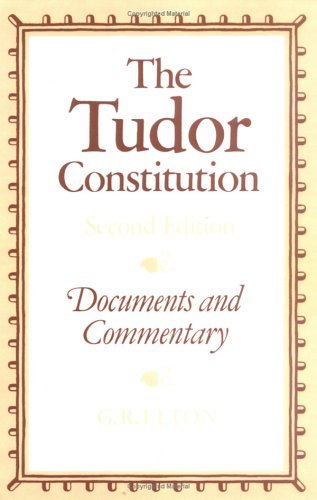 The Tudor Constitution: Documents and Commentary

The next book is The Tudor Constitution: Documents and Commentary by G R Elton. Why this?

This is the book to help you understand the structure of the state. The book is broken down into chapters on the Crown, the Council, financial administration, the courts, Parliament, the Church and local government. That may sound a bit boring, but actually this is very well put together and extremely accessible. Each chapter comprises a selection of original documents with a very helpful—and short!— introduction by the doyen of Tudor constitutional historians, Geoffrey Elton.

You’re right. That doesn’t sound like the greatest read…

It isn’t a great read in the way the MacCulloch book on Thomas Cromwell is. But Cromwell was a brilliant politician because he mastered the machinery of British government. If you’re going to understand his historical importance you have to go some way to mastering that machinery yourself. I think the other thing I’d say about the way this book is structured, is that the documents are easy to read, and their relevance is always highlighted in Elton’s introductory commentary, so you don’t have to work that hard.

Also, reading extracts of the original documents brings the politics and government of the age vividly to life. You get a great sense of just what a grind it was getting anything done. And, of course, that in itself gives one a greater appreciation of the achievements of someone like Cromwell. 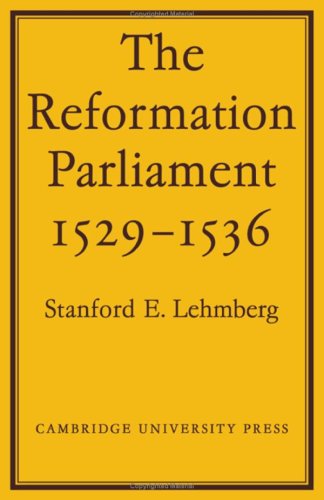 So we know about the machinery. The next book is The Reformation Parliament 1529-1536 by Stanford E Lehmberg. What does this tell us about Thomas Cromwell?

The Elton book helps you understand the “state” part of Thomas Cromwell’s statecraft. This book helps you understand the “craft” aspect. In other words, Cromwell’s talent specifically as a politician. Lehmberg is great at showing how Cromwell was very important in the Reformation Parliament, right from its inception in 1529, long before he was a prominent figure on the King’s Council. He was an exceptionally cunning politician. Particularly in the early part of the Parliament, when conservative forces were very strong, his management and sequencing of the legislative programme was masterful. You get the impression that he had Henry VIII round his little finger.

But there’s another thing about this book that I find incredibly helpful. The Reformation Parliament lasted for nearly seven years and transformed England’s religious life. But it was a slow process. If you just look at a sequence of big headline events, the calling of the Parliament, the resignation of Thomas More, the declaration of the royal supremacy, the execution of More and John Fisher, the Boleyn marriage, the Pilgrimage of Grace, the various shifts in doctrinal position, it is hard to understand why these things happened when they did and why. The engine that drove all of these events was the legislative programme of Parliament.

This book really helps one understand the constitutional mechanisms and innovations that were used to push through the Reformation in England by looking at the work of the Reformation Parliament from beginning to end, rather than in a thematic way. It shows how the machinery of Court, Council, Church and Parliament actually interacted and drove the political drama. 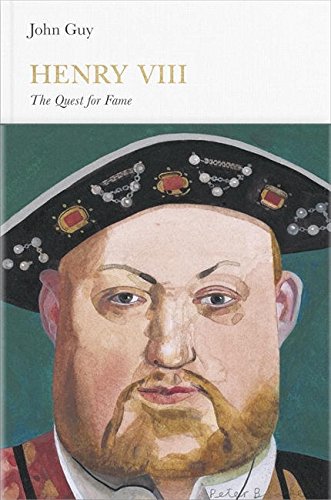 Henry VIII: The Quest for Fame

Let’s move on to John Guy’s biography, Henry VIII: The Quest for Fame. Why this book?

This is a brilliant book. Like MacCulloch’s it is scholarly, but reads like a novel. Guy is excellent on both the political and religious origins of the Reformation. But, perhaps above all, he is brilliant on the high politics of the reign, both domestic and international, crucial threads to the story. You can’t understand Cromwell’s project and its trajectory without understanding its vulnerability to both domestic and international opposition. This book will help you understand, in particular, how shifting international alliances in response to the Reformation had a crucial impact on the course of English political history during the 1530s and, in the end, provided the international context that brought about Thomas Cromwell’s fall.

How does Henry VIII emerge from this book?

Dreadfully, in my opinion, although the book is absolutely not a hatchet job. Henry VIII is widely agreed to be one of the greatest of English monarchs. This book provides a very convincing picture that that assessment is woefully at odds with the reality. Henry emerges as a politician quite incapable of thinking strategically, but blown hither and thither by events.

He left a country completely divided religiously and never managed to make up his mind about what he wanted the English Church to look like. He wanted to be a great martial prince-hero like Henry V, but his early military expeditions to France were a complete farce. In the 1520s he wanted a papal title and wrote works against Luther, praising the papal supremacy. Thomas More suggested he tone down his papalism, but he refused. Every schoolchild knows he executed two of his wives, but during the late 1530s and early 1540s he also executed a whole swathe of his extended cousinage because he was terrified they would conspire with overseas powers to depose him and restore the papal allegiance. His most able servants, Cromwell, More and Bishop John Fisher were executed. Wolsey died in disgrace. He also executed one of the greatest poets of the age, the Earl of Surrey (although, to be fair to Henry, not because he didn’t like his poetry). One of the greatest duties of a king is to provide an heir. Henry married six times and produced one sickly male heir who died young and without issue. It’s an extraordinary record of ineptitude and failure.

If you take a favourable view of the Reformation, then there were real constitutional achievements, but as all these books show, Cromwell was really the mastermind of that process. Henry was a bad man and a bad King: vain, stupid, and capricious. That doesn’t stop him being a fascinating biographical study. Quite the contrary. 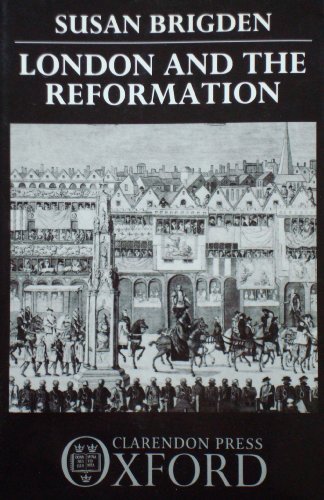 London and the Reformation

Finally on to London and the Reformation by Susan Brigden. What does this book tell us about Thomas Cromwell?

This book tells the story of the Reformation in London. It covers a longer period than the 1530s, but gives a good sense of what was happening on the ground and the intense divisions in society that the Reformation provoked. You can read about the high politics of the period in the other four books. This book will give you a sense of how decisions at the top played out on the street.  If you’re looking for a discussion of the impact of the Reformation on the broader country, then go to Eamon Duffy’s The Stripping of the Altars.

Sophie Gee on The Enlightenment

Peter Marshall on The Reformation

Peregrine Worsthorne on The French Revolution

Georg Christ on The Venetian Empire