Pride and Prejudice was published more than 200 years ago, in 1813, but the book still speaks to us across the centuries. Written by Jane Austen when she was only 20, its original title was First Impressions. Like many great books, it was initially rejected by publishers and did not appear till years later, now under the title we know it by, Pride and Prejudice. By then, Austen had already had commercial success with Sense and Sensibility, a novel that also compares and contrasts two characters with the qualities (flaws) signalled in the title of the book.

Pride and Prejudice was a trailblazing book, not least because it has served as the template for every romance novel and Mills & Boon written since. The countless book and screen adaptations of Pride and Prejudice speak to a story that has universal appeal, its characters and plotline appearing in everything from Bridget Jones’s Diary to Pride and Prejudice and Zombies.

But Pride and Prejudice is more than just a happily-ever-after story. Philosophers and literary scholars are just some of the experts we’ve interviewed who have chosen Jane Austen’s Pride and Prejudice as essential reading on their topic. Along with many other people, it is Austen scholar Patricia Meyer Spacks’s favourite Austen book. As she explains below, it’s also a serious work. Exploring that theme, she produced Pride and Prejudice: An Annotated Edition, published by Harvard University Press, which includes over 2,000 annotations to the text.

You can read all our interviews featuring Jane Austen’s Pride and Prejudice—and browse some of the original reviews and 19th century commentary on the book—below.

“I think it’s always been my favourite, as it’s many people’s favourite among Austen’s novels. But I was always vaguely embarrassed by that as a scholar, because I didn’t think it was the best.” Read more...

“The book is about the pleasure of being wrong. We forget that wrongness can be deeply pleasurable, but thankfully we have literature and art to remind us.” Read more...

The best books on Wrongness

“This book is one of the perfect novels, in style and plot and characters. I think it is easy to overlook quite how inspiring it was when it insisted on a woman’s right to marry for love.” Read more...

“It’s a coming-of-age story, because she throws aside her prejudices but also sees the house and realises that she could be quite comfortable and maybe realises how important that is.” Read more...

The best books on Coming of Age

“As the novel goes on they both re-learn how to judge one another, they re-evaluate the other’s moral worth. Among many other things, Pride and Prejudice is an exploration of moral epistemology.” Read more...

The best books on Ideas that Matter

Pride and Prejudice by Jane Austen is available as an audiobook, performed by the English actress Rosamund Pike. Listening time: 11 hours and 35 minutes.

“Why do you like Miss Austen so very much? I am puzzled on that point…I had not seen ‘Pride & Prejudice’ till I read that sentence of yours, and then I got the book and studied it. And what did I find? An accurate daguerrotyped portrait of a common-place face…I should hardly like to live with her ladies and gentlemen, in their elegant but confined houses”

Charlotte Brontë to GH Lewes, 12 January 1848, quoted in The Brontes: A Life in Letters, by Juliet Barker

“Read again and for the third time at least, Miss Austen’s very finely written novel of Pride and Prejudice. That young lady had a talent for describing the involvements and feelings and characters of ordinary life which is to me the most wonderful I ever met with.”

“The key to Jane Austen’s fortune with posterity has been in part the extraordinary grace of her facility, in fact of her unconsciousness: as if, at the most, for difficulty, for embarrassment, she sometimes, over her work basket, her tapestry flowers, in the spare, cool drawing-room of other days, fell a-musing, lapsed too metaphorically, as one may say, into wool-gathering, and her dropped stitches, of these pardonable, of these precious moments, were afterwards picked up as little touches of human truth, little glimpses of steady vision, little master-strokes of imagination.”

Other books by Jane Austen 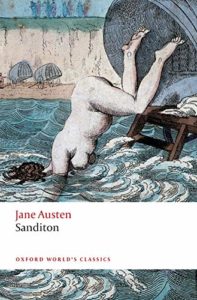 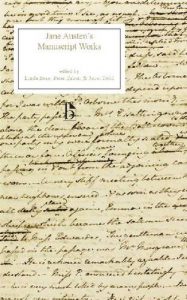 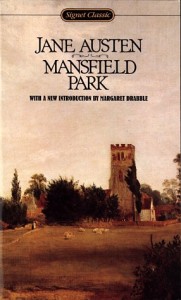 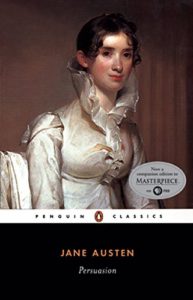 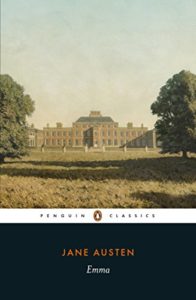