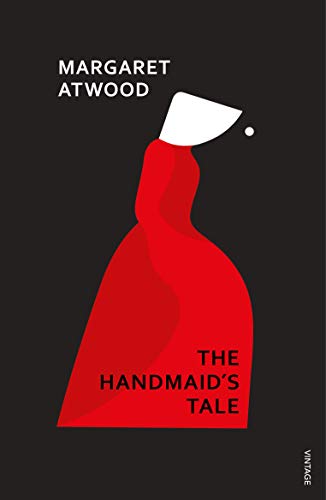 Published in 1986, The Handmaid’s Tale is a haunting epistolary novel narrated by Offred, a woman living in a future America where environmental and societal breakdown have led to the establishment of a fundamentalist Christian theocracy. In Gilead, women have been stripped of their fundamental rights and reduced to their reproductive potential. Lesbians and other ‘gender outlaws’ are executed, as are doctors who conduct abortions.

The Handmaid’s Tale was recognised as a modern classic and first adapted into a film in 1990. It reappeared in the headlines (and the bestseller lists) in the aftermath of Donald Trump’s US electoral victory, after which time the handmaid’s bonnet became an icon of the feminist protest movement. More recently it was adapted as a multi-Emmy Award-winning television series starring Elisabeth Moss, who also narrates the audiobook of The Handmaid’s Tale.

The sequel to The Handmaid’s Tale is The Testaments, set 15 years later.

“Atwood takes all the hard information about gender inequality that she sees around her and then turns it up a few notches.” Read more...

The best books on Alternative Futures

The Handmaid’s Tale was adapted as a multi-Emmy Award-winning television series starring Elisabeth Moss, who also narrates the audiobook.

The Handmaid’s Tale has not been out of print since it was first published, back in 1985. It has sold millions of copies worldwide and has appeared in a bewildering number of translations and editions. It has become a sort of tag for those writing about shifts towards policies aimed at controlling women, and especially women’s bodies and reproductive functions: “Like something out of The Handmaid’s Tale” and “Here comes The Handmaid’s Tale” have become familiar phrases…
The book came out in the UK in February of 1986, and in the United States at the same time. In the UK, which had had its Oliver Cromwell moment some centuries ago and was in no mood to repeat it, the reaction was along the lines of, Jolly good yarn. In the United States, however…it was more likely to be, How long have we got?

When it debuted in 1985, Atwood even took newspaper clips to her interviews about the book to show her plot points’ real-life antecedents. The book mirrored the United States’ embrace of conservatism, as evidenced by the election of Ronald Reagan as president, as well as the increasing power of the Christian right and its powerful lobbying organisations the Moral Majority, Focus on the Family and the Christian Coalition – not to mention the rise of televangelism.

The world of 1984 has never existed. Neither has the one of Brave New World, or A Clockwork Orange, or any of the other dystopias that are supposed to tell us about the human condition. But all you have to do to recreate The Handmaid’s Tale is go back a few hundred years or move to the right country. A paranoid, in this case, is just a woman in possession of all the facts.

The new world of ”The Handmaid’s Tale” is a woman’s world, even though governed, seemingly, and policed by men. Its ethos is entirely domestic, its female population is divided into classes based on household functions, each class clad in a separate color that instantly identifies the wearer – dull green for the Marthas (houseworkers); blue for the Wives; red, blue and green stripes for the Econowives (working class); red for the Handmaids (whose function is to bear children to the head of the household, like Bilhah, Rachel’s handmaid in Genesis, but who also, in their long red gowns and white wimple-like headgear, have something of the aura of a temple harlot); brown for the Aunts (a thought-control force, part-governess, part-reform-school matron). The head of the household – whose first name the handmaid takes, adding the word ”of” to show possession -”Offred,” ”Ofwarren” – is known as the Commander. It is his duty to inseminate his assigned partner, who lies on the spread thighs of his wife.

Other books by Margaret Atwood 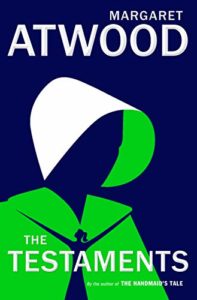 The Testaments: A Novel
by Margaret Atwood 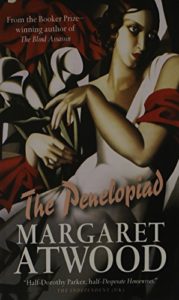 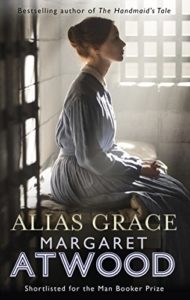 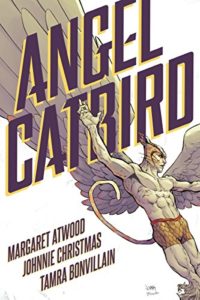 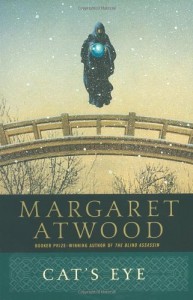 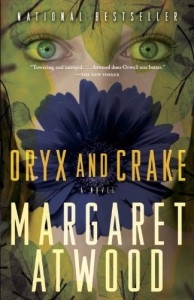 Oryx and Crake
by Margaret Atwood