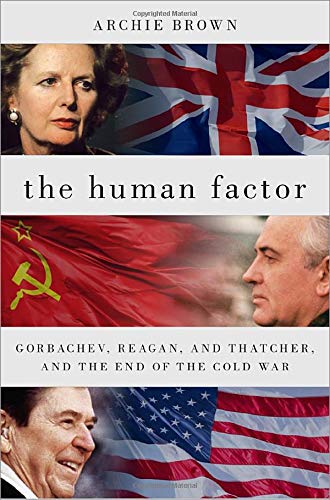 The Human Factor: Gorbachev, Reagan, and Thatcher, and the End of the Cold War

Q. The Human Factor, the title of your book, is a phrase Gorbachev used frequently. Can you tell us about the history of the phrase and your book?

Archie Brown: “The fact that Gorbachev often used the term ‘the human factor’ (chelovecheskiy faktor in Russian) was one reason for choosing that title. It’s worth noting that in emphasizing the importance of the individual in Soviet society and the significance of the human relations between leaders on opposite sides of the Cold War divide, he was, as in so many other respects, departing from Marxism-Leninism and Soviet orthodoxy.

But the main reason why I think the title is apt is that individual leaders really were of decisive importance for the Cold War ending when it did, peacefully, and through negotiation. That Ronald Reagan preferred the judgement of George Shultz to that of Caspar Weinberger on American engagement with the Soviet Union really mattered, and that Margaret Thatcher was the foreign leader whose judgement he most respected was also of huge significance. She reinforced his inclination to negotiate with his Soviet counterpart and helped to persuade him that Gorbachev was a very different kind of Soviet leader from his predecessors and one who was serious about changing the system he had inherited. She was a notable counterweight to those in the Reagan Administration who remained unconvinced that anything more than cosmetic change was occurring in Moscow.

Most important of all, none of the realistic alternative Soviet leaders to Mikhail Gorbachev would have tolerated, still less promoted, freedom of speech, the legitimation of dissent, and contested elections in the Soviet Union or have risked raising expectations in Eastern Europe. Those who think that any Soviet leader would have had to pursue policies similar to Gorbachev’s because of military or economic necessity are profoundly mistaken.”

Other books by Archie Brown 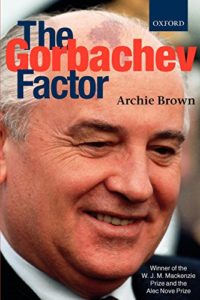 The Gorbachev Factor
by Archie Brown 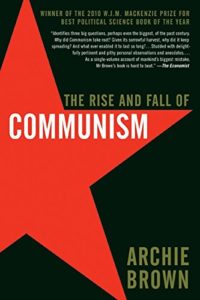 The Rise and Fall of Communism
by Archie Brown 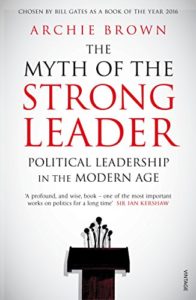 The Myth of the Strong Leader: Political Leadership in the Modern Age
by Archie Brown