Mikhail Gorbachev, who died in August 2022 at the age of 91, was the final leader of the Soviet Union. He was awarded the Nobel Peace Prize in 1990 for his role in ending the Cold War.

Born in the village of Privolnoe in southwestern Russia in 1931, Gorbachev's family and village suffered terribly under Stalin. He studied law at Moscow State University and would go on to become the first Soviet leader to have a university degree. His policies of perestroika (more market-focused economic reform), and especially glasnost (greater political openness) would help accelerate the end of the Soviet system after 69 years of Communist Party rule. 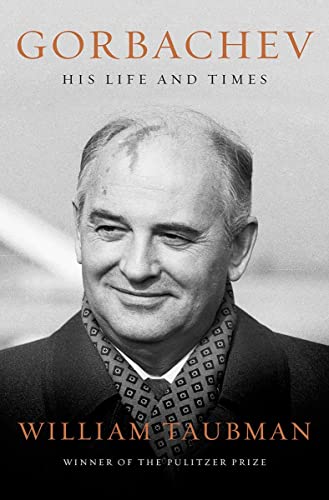 Gorbachev: The Man and His Era

Gorbachev: The Man and His Era (2017) is a highly readable biography of Gorbachev by William Taubman, a political scientist (now emeritus) at Amherst College. The book is based partly on the author's interviews with Gorbachev, and includes nice family photos. Taubman argues that by the standards of leaders—and Soviet leaders in particular—Gorbachev was "a remarkably decent man." However, Taubman does address the contradictions of Gorbachev's legacy, admired by some as a great statesman but despised by others for his role in the collapse of the Soviet Union. Taubman is an accomplished biographer and won the Pulitzer Prize in 2004 for his biography of Nikita Khrushchev. 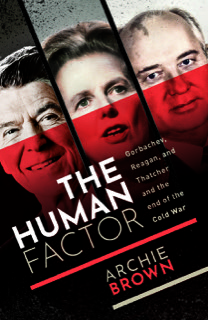 The Human Factor: Gorbachev, Reagan, and Thatcher, and the End of the Cold War

In the title of this prizewinning 2020 book, Oxford political scientist Archie Brown, a specialist on the Cold War, pays tribute to Gorbachev’s use of the term ‘the human factor’  (or ‘chelovecheskiy faktor’ in Russian) in the developments that led to the end of the conflict. His earlier book devoted to Gorbachev, published in 1996, is The Gorbachev Factor. 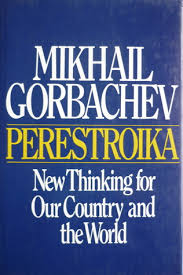 “I wanted to pick it is that politicians with really big ideas are still the means by which a huge amount of change in the world is driven. It is fabulous that two Russian words, perestroika and glasnost, entered the global language as a result of one leader, Gorbachev, deciding he wanted to change his country.So this book is an incredibly well argued and interestingly written analysis of what he thought at that time, two years before he became president. He’s driving through domestic change, he’s having meetings with the Americans and other leaders around the world.” Read more... 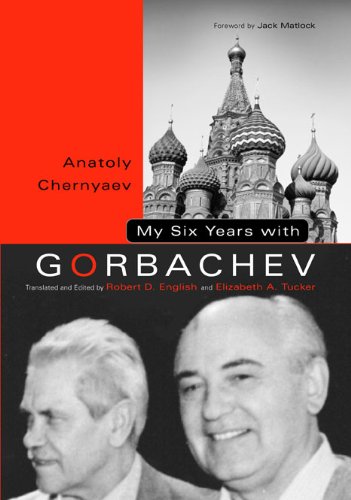 My Six Years with Gorbachev

“If you are interested in understanding Gorbachev, this is one way to get into his mind, so to speak: through the diary of one of his closest advisers, who spent six years working with him.” Read more...

“This book is written by an insider—a participant-observer in the policy process. Reagan and Gorbachev is one of three valuable books Matlock has written since he retired from the government service. Now aged 90, he was a career diplomat who played a significant and very constructive role in the process whereby the Cold War was ended . . . It’s based on a great deal of first-hand knowledge, on the careful records he kept at the time, and on the research he has conducted since leaving government service. While aware of Ronald Reagan’s intellectual shortcomings and blind spots, Matlock takes a highly positive view of him and of the part he played in the Cold War’s ending.” Read more...

The best books on The Cold War 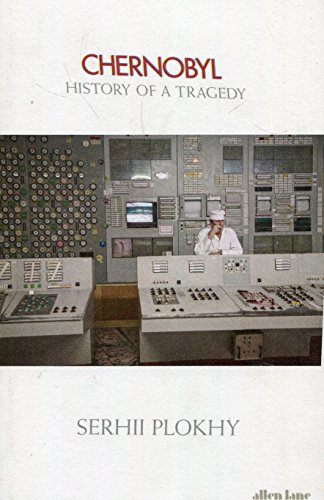 Chernobyl: History of a Tragedy

Chernobyl: History of a Tragedy, the prizewinning book by Harvard historian Serhii Plokhy, is not a book about Mikhail Gorbachev, but it is about one of the most catastrophic events that happened under his watch, the accident of April 26th, 1986 at a nuclear power plant in Pripyat, now in Ukraine. With his slowness to inform the Soviet people what was going on, Gorbachev does not come out of the events of those months looking particularly good.

“He’s really good here at laying down the background of the disaster itself, the plant’s construction, the days leading up to it, the moments the accident occurred. He talks about the accident itself, the delay in informing the public, the censorship of news, the trial of the nuclear power plant operators who he thinks were treated as scapegoats, and the political outcomes of all this deception.” Read more...

The best books on Chernobyl