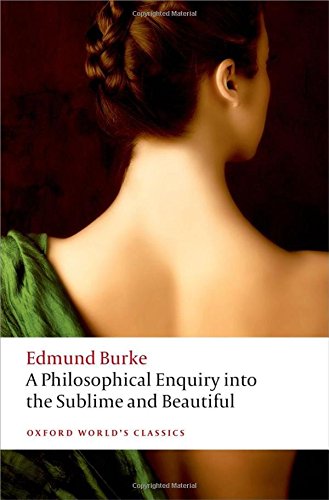 A Philosophical Enquiry into the Sublime and Beautiful

“I think he belongs on this list as he offers an original scientific—we might say physiological—investigation of the sublime and the beautiful, while at the same time holding on to an objectivist view somehow. So we get both the subjective side and the objective side in one theory. He gives us a list of qualities that are supposed to elicit the sublime. So: obscurity, darkness, towering heights, irregularity, being hidden and unknown, and so forth. Think of entering a cave, something like that. This idea was very influential on Gothic writers like Mary Shelley and Ann Radcliffe.” Read more...

The best books on The Sublime 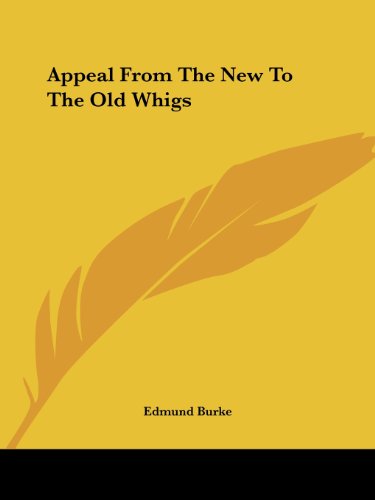 Appeal from the New to the Old Whigs

This book was published in 1791. In a way it’s not a book, but a kind of pamphlet, though quite long, and it was a response to critics. The chief critic he responds to, though he actually never names him, is Thomas Paine.

Reflections on the Revolution in France

“Prior to The Reflections, Burke was thought of as a friend of liberty. He had been very sympathetic to the American cause and Wollstonecraft defended him, and others, in a review. Also, this would not have been known to her or to anyone else, but Burke wrote an unpublished critique of the laws pertaining to Ireland. He was seen as one of them. When the Reflections came out and he becomes the champion of private property, they think of him as a turncoat.” Read more...

Interviews where books by Edmund Burke were recommended

Mary Wollstonecraft lived by her pen and wrote trenchant critiques of the role of women and marriage in late 18th century British society. She died aged 38, a few days after giving birth to her second daughter, Mary Shelley. She is often remembered for writing the Vindication of the Rights of Woman, but it was not in fact her best book, says Cambridge intellectual historian Sylvana Tomaselli. Here, she recommends books to read to get a good understanding of the extraordinary Mary Wollstonecraft, and the writers she was both influenced by and reacting against.

The best books on The French Revolution, recommended by Peregrine Worsthorne

The best books on The French Revolution, recommended by Peregrine Worsthorne

For anybody wanting to go into politics a mastery of the French Revolution is an enormous help and a knowledge of history essential, says Peregrine Worsthorne, the columnist and former editor of Britain’s Sunday Telegraph. He recommends the best books on the French Revolution, both for and against.

The best books on The Sublime, recommended by Robert Clewis

The best books on The Sublime, recommended by Robert Clewis

Whenever we go in search of rugged landscapes, thundering waterfalls or awesome vistas, we are in search of ‘the sublime’—an aesthetic quality that has been the subject of significant philosophical, artistic and psychological study. Here, philosopher Robert Clewis talks us through the landmark studies of the sublime, and makes some recommendations for those seeking introductory books on the subject.

A Philosophical Enquiry into the Sublime and Beautiful
by Edmund Burke

Appeal from the New to the Old Whigs
by Edmund Burke

Reflections on the Revolution in France
by Edmund Burke