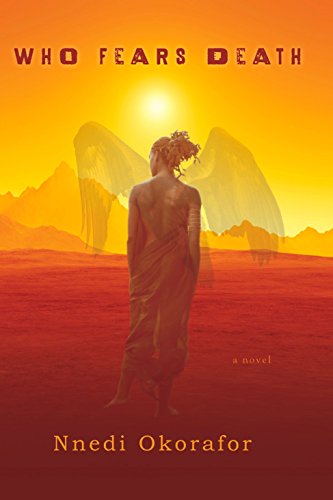 The best books on Fantasy’s Many Uses

“Nnedi Okorafor has an exceptionally creative mind (which anyone who has read any of her other books will already know) and in Akata Witch she created a stunning world skilfully interwoven with Igbo mythology.” Read more...

There’s this strange feeling when you put down a Harry Potter book—a testament to JK Rowling’s ability to create a world which seems completely real—that you really want to hold a wand and use it to clear up the kitchen or do the vacuum cleaning. Wands were nothing new when Rowling started writing the Harry Potter books in the 1990s and there had been many books (and movies) about magic/witches/wizards for kids before.

In addition to the ones we’ve already mentioned, a few books about magic or magicians that preceded (and may have inspired) Harry Potter include TB White’s The Once and Future King, and A Wizard of Earthsea by Ursula Le Guin. Both are classics of the genre. It’d also be impossible not to have CS Lewis’s Chronicles of Narnia on a list of books like Harry Potter. We particularly recommend The Magician’s Nephew as a fabulous read in that series, preceding the story you might already have seen as a movie. The other books in the series are also captivating, starting with The Lion, the Witch and the Wardrobe. Again, try to read it before you see the movie.

Perhaps the most promising result of the huge amount of interest in magic/witches/wizards that came out of Harry Potter is books that are somewhat like it, but written in a completely different magical tradition. While Anglo-Saxon magic/witchcraft is about wands, broomsticks and pointy hats, there have been a number of books that build a story based on other types of magic, like juju, which comes from Nigeria/West Africa. Akata Witch by Nnedi Okorafor is about a girl called Sunny who is Nigerian and discovers she has special powers, before saving the world with her three friends. Children of Blood and Bone by Tomi Adeyemi is aimed at a slightly older audience but again explores magic in a West African and also dystopian context. These books are slightly harder to read, because there’s no familiarity with the references (broomsticks etc.), but very rewarding because they open up new worlds.

Lastly, we can’t help mentioning a nonfiction book, The Magic of Reality by Richard Dawkins. Aimed at a young adult audience, it makes the case that the world around us, and the science that explores it, is the real magic. And it’s true, we can now do so many things that our ancestors would have considered magic, like flying. The book also encourages you to think scientifically about any magical tales you might have enjoyed reading.

“These books are set in different worlds and the characters are not all human. But they all, in some way, conform to certain psychologies that are recognisable to us.” Read more...

The best books on Alternative Futures

Interviews where books by Nnedi Okorafor were recommended

The best books on Alternative Futures, recommended by Catherine Mayer

The best books on Alternative Futures, recommended by Catherine Mayer

Catherine Mayer—author, journalist and president of the Women’s Equality Party—talks to Five Books about her optimism for a more equal future for society by way of her favourite science fiction visionaries and their work.

Fantasy inspired by West Africa is taking the literary scene for teens and young adults by storm. These books have strong world-building and all the usual fantasy ingredients. At the same time, drawing on rich seams of mythology and magical traditions such as juju, they bring something entirely fresh to the genre. Author Efua Traoré talks us through her pick of West African fantasy novels for teenagers.

Boarding schools make great settings for novels, says Anbara Salam, author of coming-of-age drama Belladonna. The combination of immense privilege with the claustrophobia of a closed society can create an intense pressure cooker atmosphere in which characters might be forged.

The best books on Fantasy’s Many Uses, recommended by Brian Attebery

The best books on Fantasy’s Many Uses, recommended by Brian Attebery

Visionary storytelling, or fantasy, is part of our cultural DNA. Far from being simply fantastical or facile, we can use the fantasy realm as a testing ground for important ideas, argues Brian Attebery, a leading scholar of the genre. He talks us through five key works that demonstrate fantasy’s many uses, from 1922 through 2010.

Who Fears Death
by Nnedi Okorafor