The best books on Garden Photography

First, please tell me about the first garden photo that you ever took.

It was in 1985, on April 1st. I had been contributing to books on landscape in an amateur sort of way and I had actually done a book for the Reader’s Digest on the coast of Britain. A gardening editor called Susanna Longley asked me if I would like to contribute to a book on gardens. I had never thought of photographing gardens, even though I have been a passionate gardener for most of my adult life. But, I thought the idea of photographing gardens would be thrilling and so it has been. I started then and have hardly stopped. 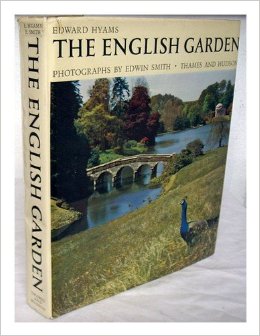 The English Garden (World of Art)

by Edward Hyams and Edwin Smith

Sounds like fun! You say that the black-and-white photos by Edwin Smith in your first choice, The English Garden, are perhaps some of the greatest pictures ever taken of English gardens – why?

I think a successful photograph incorporates a love of the subject. Edwin Smith loved everything English and gardens in particular. Using black-and-white photos of superb quality, he makes a garden transcend black and white. If you are missing out colour, of course your attention goes to the structures, forms and textures.

What do you think typifies an English garden?

Well, I am looking at some of his pictures of a garden called Great Dixter, and even though this book was published in the 1960s, the garden looks almost the same now. I was there a few weeks ago. What typifies it is the wonderful formal structure of topiary which is decorated with an extravaganza of flowers.

Many foreigners think that, lovely as English gardens are, they lack structure. They often use the example of the wild cottage gardens.

I think they are wrong because even in a cottage garden you have a sort of structure. Usually there is a path coming up to the door and the whole thing is laid along the path. In the case of a sophisticated garden like Great Dixter, the original designer Edward Lutyens knew a lot about Italian architecture and Italian gardens. The formal structure of gardens over here owes a lot to Italian gardens which developed in the 16th century.

And those black-and-white pictures lay that bare? 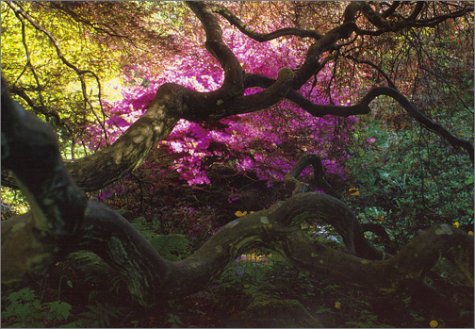 by Tessa Traeger and Patrick Kinmonth

Tell me about your next choice, A Gardener’s Labyrinth by Tessa Traeger and Patrick Kinmonth.

Tessa Traeger is a photographer I admire. She comes to gardening from another discipline, still life photography. She did a lot of work for Vogue and still does. She looked at gardens with a new eye – an eye for detail. She has an ability to see that and to record it. She is a good portrait photographer, which not many garden photographers are.

In the book there are lots of pictures of famous gardeners.

Yes, there are. The book is full of them. For this book, she spent two years visiting a whole selection of gardens based on the people behind them. She photographed people like Miriam Rothschild, Lady Salisbury and Penelope Hobhouse. These were some of the best known gardeners of that time, around the beginning of 2000, which was a great time for gardening. Several people in this book have died since then, such as Ian Hamilton Finlay, so this was an historical moment. 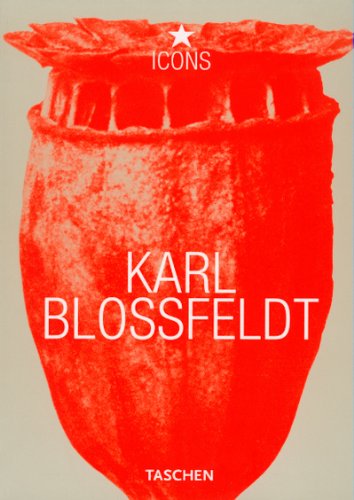 Your next book is about the iconic photographer Karl Blossfeldt.

What made him so special?

He succeeds in doing what an awful lot of plant photographers try to do now. Many of them are influenced by him. He looks at close-ups of plants through a macro lens in which he sees details of plants which you and I have never seen before, because they are seen so close up. This is another black-and-white book, so it is all to do with form and texture.

Where was he from?

He was German and lived from 1865-1932. In the book it describes how he photographed the flowers, buds and seed capsules all in extreme close-up. When he published his book, Art Forms in Nature, in 1928, he became famous overnight. He never considered himself a photographer but produced material to assist him in teaching at Berlin’s Arts and Crafts School. The book was meant to offer inspiration to future designers.

He is very good at paring down extraneous detail and actually going to the core of the subject. He isolated things from their surroundings by photographing plants against a neutral background. One wouldn’t want to do that all the time, but there is a fine consistency in this work. 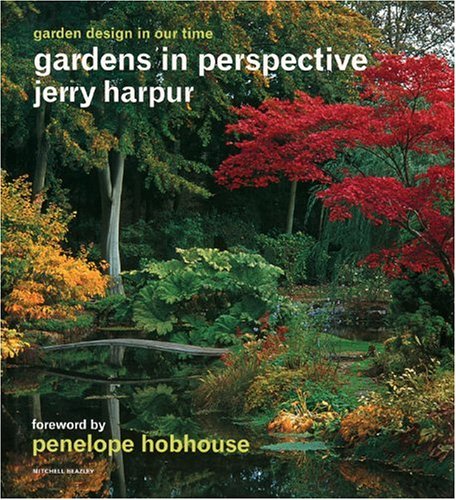 Next up is Jerry Harpur’s Gardens in Perspective.

Jerry is from my generation. Well, he is fifteen years older than me, so he has just been 80. He has been photographing gardens for even longer than I have; he was in advertising before. He took to garden photography just before I did and we have been gently competitive friends for years.

He has travelled unstintingly round the world; he doesn’t hesitate to drop everything and go to California if there is a garden there he wants to see. I don’t know how he does it because the whole stamina of travel is the worst aspect of what we do. We all tend to get up early in the morning and photograph at dawn – and to get to a place for dawn, you have to fly there or drive there the night before, and he hasn’t hesitated to do that throughout his working life.

What about you? Where has your work taken you?

Like Jerry, I have travelled round the world, but I did so earlier than he did. I have found it stressful and am now trying to do less of it. I have been to America, Australia, New Zealand, Germany and many other places.

And which have been some of the stand-out gardens?

Do you know, the more I travel the world, the more I realise that my favourite gardens are in England! They are the best gardens in the world of their own kind, of course. If you want a desert garden then you have to go to somewhere like California or Australia. The trouble with a lot of Californian and Australian gardens is that they try to be like English ones. They will never be as good, because the climate isn’t right for that. So when they are like themselves I love them, but when they are trying to be like something else I prefer the real thing!

So what about an English garden like Prince Charles’s – did you enjoy photographing that?

Funnily enough, I was at Highgrove earlier this week, and every time I go, there is something new and wonderful. It’s an enthusiast’s garden in the sense that he loves the garden and he encouraged some of the best designers to contribute. Also he has got a very good team of gardeners. So it is both well designed and well maintained.

A good combination. And what about the truly great gardeners, like Penelope Hobhouse and Rosemary Verey?

I was brought up on those gardens in the late 80s. I photographed their gardens and contributed photographs to their books. They are gardens that I admire. Penelope Hobhouse was first at the National Trust Garden at Tintinhull and then at her own garden at Bettiscombe. Rosemary Verey created an iconic garden at Barnsley House. A lot of English garden-makers have found inspiration in the designs of these two formidable ladies. 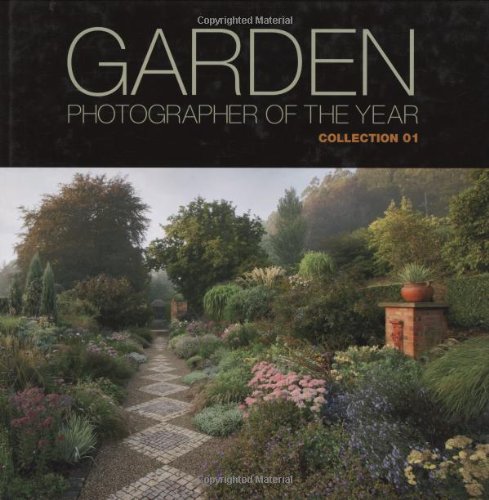 Garden Photographer of the Year, Collection 1-3

Your last choice is Garden Photographer of the year, Collection 1-3:

This is much more of an anthology which has already been in three volumes because it comes out every year. It’s a competition for the Garden Photographer of the Year. You can imagine it has some phenomenal achievements in garden photography. There are close-ups, landscapes and very creative portfolios of photographs.

Do you look at it for inspiration?

Yes, I do. It continues to inspire me. It is a competition which is organised every year, and I am one of the judges. This year it will start at Kew Gardens on the 14th of May – they have an outdoor exhibition there. And then there will be a book to accompany it.

There are, of course, photos from the new generation of garden photographers ­– so how do you see the photography evolving?

Well, I think it evolves with gardens themselves. And gardens are evolving towards nature. We all feel ashamed of using chemicals and fighting with nature to make a garden that isn’t natural. So more and more people are making wild gardens, and emphasising habitats for wildlife and so on. I think that is the direction we’re going in at the moment, and we probably won’t change from that.

Andrew Lawson is one of the world's leading garden photographers. Awarded the Royal Horticultural Society's Gold Medal for photography and twice winner of the Garden Media Guild's 'Photographer of the Year', he has illustrated books by many of the most important garden writers, including Penelope Hobhouse, Rosemary Verey and HRH The Prince of Wales.
Andrew Lawson’s website

Andrew Lawson is one of the world's leading garden photographers. Awarded the Royal Horticultural Society's Gold Medal for photography and twice winner of the Garden Media Guild's 'Photographer of the Year', he has illustrated books by many of the most important garden writers, including Penelope Hobhouse, Rosemary Verey and HRH The Prince of Wales.
Andrew Lawson’s website 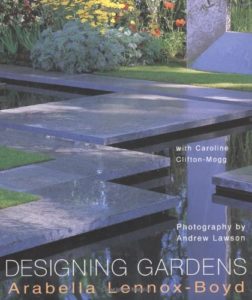 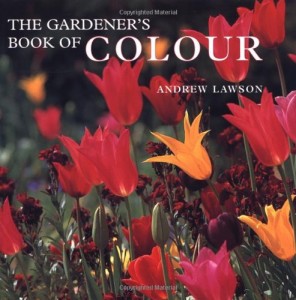 The Gardener’s Book of Colour
by Andrew Lawson 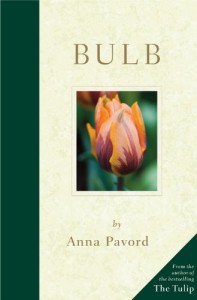 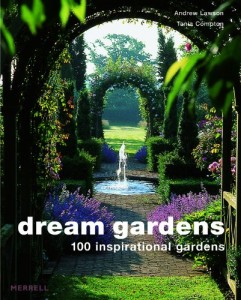 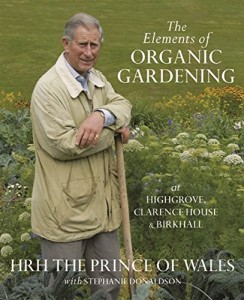 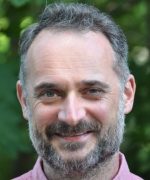