The best books on The Asian American Experience

The novelist reveals amongst his book selection that Minnesota has the highest number of Korean adoptees in the US (14,000), and that one in every 250 Korean births is adopted by an American family

Tell me about your first book

The Fortune Cookie Chronicles is all about Chinese restaurants. It starts with this power ball lottery draw. You know all states have a lottery draw? Well, this is when all the states are put together for a massive lottery. What happens is it’s impossible for a lot of people to win, statistically impossible. Usually there are one or two winners, but a few years ago, in March 2005 there were 110 winners. It turned out this was because the numbers had been in a fortune cookie and all the people who got that cookie entered those numbers!

The book is about her journey into Chinese restaurants in the United States and how they have become such a force. She also looks at the facets of Chinese food and its origins. You know the fortune cookie is not Chinese in origin? It’s from Japan and in China they don’t have them. This is purely an American thing and the Chinese food served here is completely different from that served in China. She actually did field work and went to China to discover the origin of General Tso’s Chicken.

What is General Tso’s Chicken?

It’s this kind of greasy great-tasting chicken covered in a batter and deep fried and then served with a deep brown sauce. It’s about the same level as a Big Mac as far as calories are concerned, so it makes sense that people love it here. 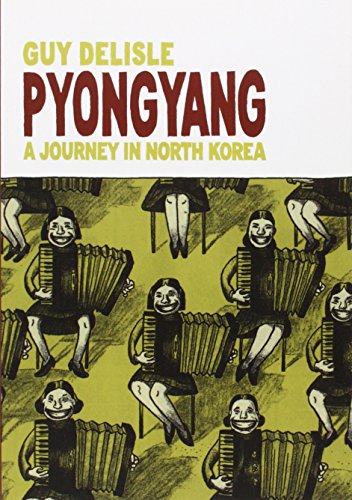 Tell me about your next book.

Well, this is a comic book really, or a graphic novel if you want to make it sound more serious. Although it’s non-fiction, actually. It’s by a French guy, which is surprising. He went to Pyongyang, the capital of North Korea, to supervise an animation and he was there for two months getting to know the country. So this book is really a collection of his observations and how he saw the country and how strange it was to be there. The thing about the comic medium is that it’s perfect for representing the completely unreal state of that nation. This is a country unlike anywhere else and the comic book is more apt than any other form. There is a huge amount of propaganda in North Korea against South Korea, where I’m from. They say everyone’s spy, the living conditions are terrible and how horrible it is. But in South Korea there is the exact flip side of that. When I was growing up they said it’s terrible in North Korea, everyone’s a spy and the living conditions are horrible.

Yes, but it’s true that way round.

It is true! It is really horrendous to be there. Delisle has this guide who had to be with him all the time for the whole two months and he notices that there are no disabled people anywhere and eventually he asks the guide; Where are all the disabled people?

And the guide says; We don’t have any people like that in North Korea. We are all very healthy.

It’s terrifying to think where they might really be.

That’s right. Where are they? 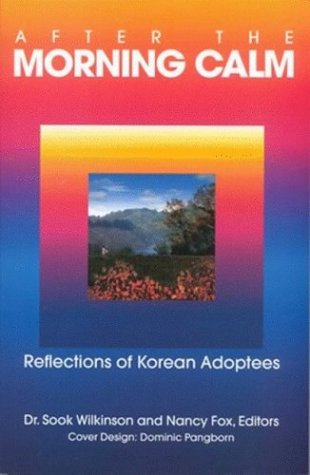 After the Morning Calm

After the Morning Calm. This is a very interesting book. I actually didn’t know about Korean adoptees until I met two of them on a book tour. One in Lancaster Pennsylvania and one in San Francisco. It turns out that Minnesota has the highest number of Korean adoptees in the country. There are 14,000 of them there. There was this social worker, an older lady from Korea who had lived through the Korean war and seen all these orphaned children at the side of the road and decided to do something about it. So, she emigrated to America and started getting them adopted. She brought 95% of the total into America herself. I didn’t realise any of this, but Korean society places a significant amount of importance on family names and family ties so that if a child is unwanted no Korean will adopt somebody else’s child. I could understand it if this was thirty years ago, but it’s still true now when there is no excuse whatsoever. One in every 250 Korean births is adopted by an American family.

This book has first person accounts of these adoptees and how they all get to the point where they realise; I don’t really look like my parents. I mean, it’s a stark difference since they are adopted by middle American white families and one day they’ll wake up and look at themselves in the mirror and think – who am I?

Do any of them go back and find their birth parents?

There’s one who does but she is different, in fact. She is mixed race and her mother had a relationship with a white soldier. That happened a lot and, you know, I lived in South Korea until I was ten and these people, mixed race people, were really shunned.

Did you shun them yourself?

I was a little young but I’m sure if I’d stayed there I would have done. 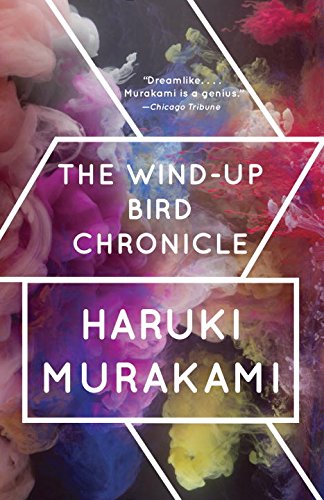 Tell me about the Murakami book.

He’s the best-known Japanese writer right now and this book I would consider to be his opus. It’s a big sprawling book that deals with weighty subjects like the Second World War and Japan’s part in that. There is a horrifying section set when the Japanese had occupied Manchuria and the Chinese are approaching and it’s told from the point of view of a soldier who is told to kill all the animals in the zoo as the Chinese close in. It’s a harrowing tale of this Japanese soldier going round the cages killing these magnificent animals.

Do you relate to Murakami as someone describing the Asian experience?

Well, he’s so into American culture that I don’t relate in that way, but he does write in a way that’s very Japanese, very dispassionate and Zen-like and in that way I find it does say something about the Asian experience. But Japan and Korea have been diametrically opposed for a long time so I don’t feel any close kinship. The Japanese and Koreans are very different temperamentally. Koreans tend to be much more brash. They are closer to the Irish – we drink a lot and get into fights. A lot of people think of Koreans as the Asian Irish. 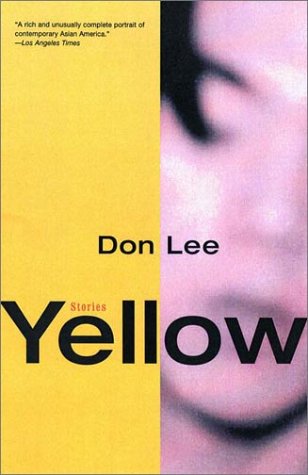 But my next book is by a fourth generation Korean American and what I really love about this is that, even though there is talk of race in the book, it really doesn’t matter. It’s a backdrop and you could substitute the race for African American or Hispanic because the stories are much more human. It’s nice to have an Asian American writer that transcends race. This collection is like Joyce’s Dubliners in a way in that the stories are all set in the same town and the characters weave in and out.

Is there a distinct Korean American experience?

Most cities have a Korea Town like a China Town. In New York it’s right there on 32nd Street and this book does talk about Korean America rather than Korea. It’s a common experience to be brought up in America by Korean parents who are very traditional and for the kid to feel the pull of both cultures. I came here when I was ten and of the 300 kids in my class at school there were maybe three Asians. For a good part of my life I wouldn’t say I shied away from everything Korean, but I felt more white. It’s all about fitting in when you’re young. But now it’s much different. Now I do like the fact that I’m not the same as everyone else. Where I live, out in the countryside here, 1% of people are perhaps Asian. Not that it’s backward, but I’m not going to find any Asian American enclave.

A graduate of Cornell University and NYU, Sung J. Woo’s short stories and essays have appeared in The New York Times, McSweeney’s, and KoreAm Journal. His debut novel, Everything Asian (2009), has been widely praised and his short story “Limits” was an Editor’s Choice winner in Carve Magazine’s 2008 Raymond Carver Short Story Contest. He lives in Washington, New Jersey.

A graduate of Cornell University and NYU, Sung J. Woo’s short stories and essays have appeared in The New York Times, McSweeney’s, and KoreAm Journal. His debut novel, Everything Asian (2009), has been widely praised and his short story “Limits” was an Editor’s Choice winner in Carve Magazine’s 2008 Raymond Carver Short Story Contest. He lives in Washington, New Jersey. 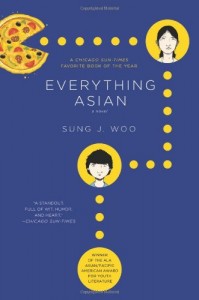 Everything Asian
by Sung J. Woo 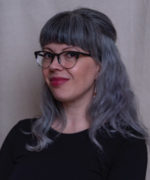 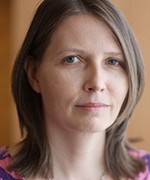