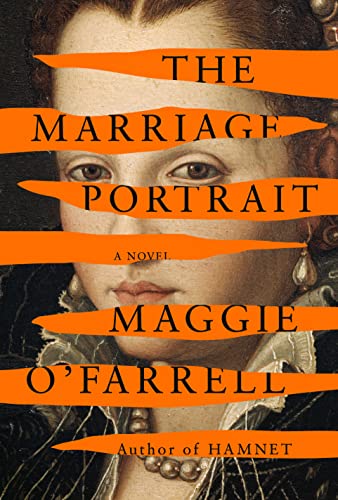 The Marriage Portrait: A Novel

“This is by Maggie O’Farrell, who wrote Hamnet, which was a great success last year. In The Marriage Portrait, she takes us to 16th-century Italy and the Medicis. It’s about a child bride, Lucrezia de’Medici who is the daughter of Cosimo de’Medici. She marries the Duke of Ferrara at the age of 15. This is a true historical event. The actress Genevieve Gaunt, who narrates the audiobook, has the perfect voice for this story. She’s got a huge range of characters she has to do. She has to be a 15-year-old bride, who has a lot of spirit, but she’s up against a huge force in the Duke of Ferrara, who has a deep baritone. Then you’ve got the courtiers, the princes and her maid. The book is beautifully written, so there are lots of descriptions of the court and the palaces and her garments. Genevieve Gaunt captures not only these portraits, which are very powerful and very diverse, but all the details. She makes you feel like you’re there—you’re seeing a table laid with all these foods, or Lucrezia’s gown. You just see it so beautifully…Interestingly, the book reviews in print have been mixed. Lots of people love it but there have been some fairly negative reviews. When I read those I thought, ‘You just didn’t have Genevieve Gaunt telling you this story!’ She just places you there as a listener in 16th-century Italy.” Read more...

The Best Audiobooks of 2022

“The Marriage Portrait considers the marriage of Alfonso, Duke of Ferrara, and the ill-fated Lucrezia, 15-year-old daughter of Cosimo I de’ Medici, ruler of Florence.” Read more...

Allusion, here, though, isn’t just about imitation. “My Last Duchess” records the quirks of Lucrezia’s character, but it’s nonetheless a portrait of Alfonso: the way he speaks and thinks, his vanity and cruelty, his need for control. The Marriage Portrait, by contrast, is Lucrezia’s novel: it makes reference to Browning’s narrative to signal difference, not similarity, to indicate the emergence of a new story in the costume of an old one…Lucrezia’s choicelessness is the novel’s crux. Under the influence of the poison she suspects Alfonso of administering, “she is a creature entirely at the mercy of a stronger power, a flea on the back of a rabid beast, a plucked quince in a pot of bubbling water.”

Other books by Maggie O'Farrell and narrated by Genevieve Gaunt 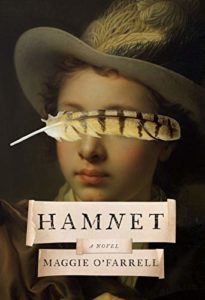